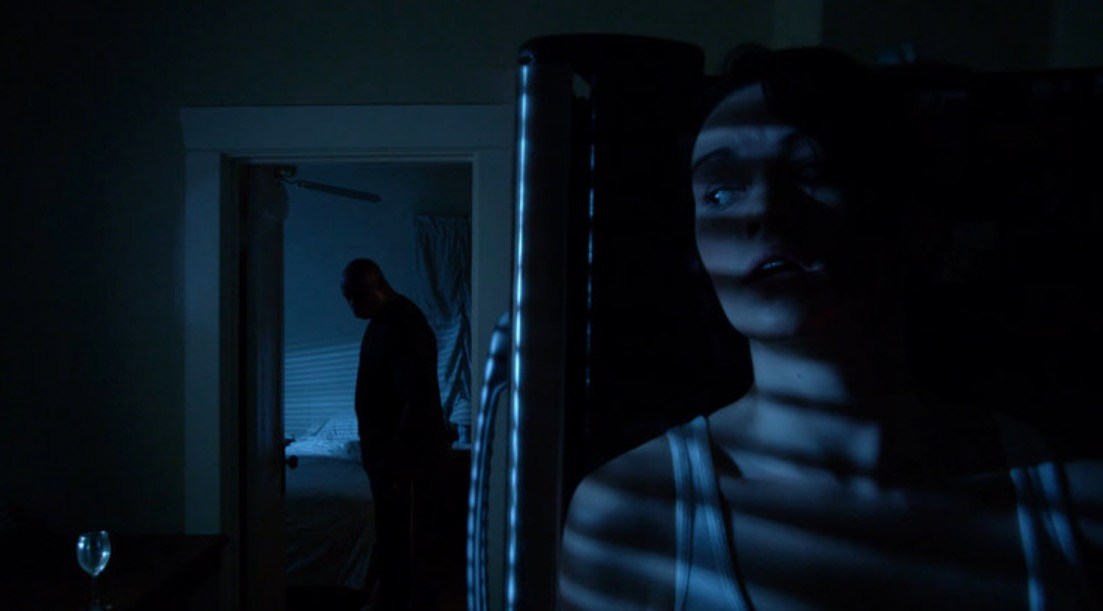 After spending 60 hours watching Masterpiece Theatre-like episodes like the magnificent “Downton Abbey,” you might be in the mood for something not as nuanced, not as dainty, without hoity-toity royalty or the filtering in of characters from a different era. So no offense, members of the spacious English mansion, but sometimes you want to sit back, hear pounding electronic music on the soundtrack, and not have to worry about whether the characters are believable, or the plot credible. Yes. You can be as riveted by a exploitation movie that has you rooting for the good guys and wishing mayhem for the villains, just as you might sometimes prefer “Greenback Boogie, music from the TV episodes of “Suits” rather than the ethereal tones of Liszt’s Étude No. 13. That’s where “Rondo” fits in.

“Rondo,” which opens July 27 at the Fantasia International Film Festival in Montréal, has elements of horror but without the subtle touches of last year’s horror masterwork, “Get Out.” There is no real satire either in “Rondo,” no hidden messages about current U.S. politics however that makes you fall back in terror, no A-list actors either but a coterie of villains and good people that can keep you riveted. Writer-director Drew Barnhardt, whose freshman feature “Murder Loves Killers Too” (about one “Big Stevie” whose idea of sex is murder and who loves to kill carefree teens), is obviously in his métier with his sophomore production “Rondo.” Part slasher, part black comedy, and all designed to have the audience focused without moving for a quick 88 minutes, “Rondo” is a doozy of a film. Just check out the director’s hip picture on the IMDB and you know what to expect.

Steve Van Beckum narrates as though reading sentences in novel, and this time the technique of voice-over does not mar the quality of the picture since Beckum’s voice-overs are kept to a minimum and even serve to inject irony into the festivities by being so matter-of-fact when blood is gushing from every pore. At first Paul (Luke Sorge) appears to be the principal actor. He has returned home with PTSD after a dishonorable discharge, takes to the bottle until he becomes homeless, and is housed by his incredibly beautiful and sexy sister Jill (Brenna Otts). She sends Paul to Cassie (Gena Shaw), a therapist, who tells her new patient what we all want to hear from our psychoanalysts: get laid. And she tell him where to go.

With the password on a card in his pocket, he goes to a “Rondo party,” meets the suave host Lurdell (Reggie De Morton) and two other patients. Soon enough we realize that he is not having hallucinations. Weird things begin to happen, Paul becomes perhaps even more scared than he had been when in the military. He tells his sister about this experience until finally he convinces not only her but also her father, Sam (Michael Vasicek).

Any more exposure of the plot would ruin the twists, the about-faces, the aspects of criminality indulged by the host and his three accomplices, but strangely, the simpler, the sleazier the plot dynamics, the more engrossed you might be (particularly when the gorgeous Jill strips down to bra and panties). While the voice-over is not at all intrusive, the same cannot be said of Ryan Franks’ and Scott Nikoley’s pounding music, which drowns out some of the dialogue. John Bourbonais films entirely in Denver, spending much of his time inside a contemporary-designed apartment to die for.