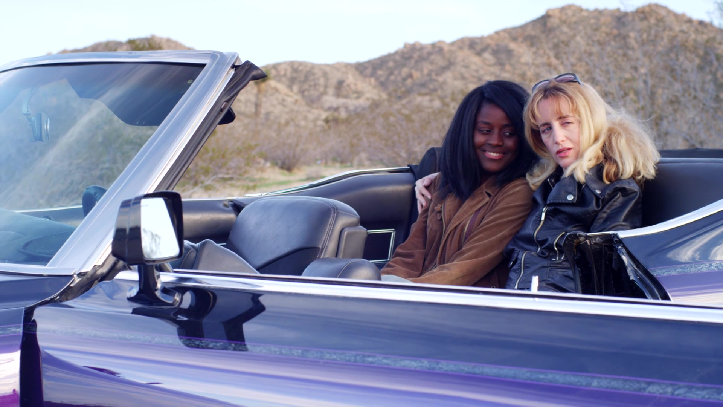 Embarking on a passionate journey to uncover their true emotions offers a powerful insight into who people truly are overall. That’s certainly the case for the provocative new romantic thriller, ‘Devil’s Cove.’ The action drama is an electrifying contemporary take on the classic female buddy road trip that was originally highlighted in the Oscar-winning film, ‘Thelma & Louise.’ The upcoming movie not only highlights the rite of passage of the growing bond between two lead female characters, but also the filmmaking approach of first-time feature film director, Erik Lundmark, who has previously made a name for himself as a composer and producer.

‘Devil’s Cove’ is set to open in Los Angeles next Friday, August 3, at the Laemmle Music Hall. The independent movie will subsequently be released on VOD and DVD by Leomark Studios. The action thriller, which premiered at the New York City International Film Festival, was honored with a Global Accolade for Lundmark’s helming effort at the Global Accolade Awards.

‘Devil’s Cove’ follows the disintegration of the new marriage between the well-meaning and caring Toni (Christelle Baguidy) and her husband, the occassional heated and impassioned Rick (Cameron Barnes). Toni wed Rick in part to escape her at-times unstable upbringing, and happily moves to the small title town in order to be with him and start a better life for herself. However, she soon discovers his underlying angry tenancies, which emerge when she doesn’t accommodate his wants and needs.

So Toni soon finds solace and comfort in the company of Jackie (Chloe Traicos, who also wrote the movie’s script), a local townswoman who was recently exonerated from serving a jail sentence that accused her of being involved in the death of her young child. When Rick gets wind of the passionate relationship his wife is secretly having with Jackie, he erupts into a fiery rage. In an act of self-defense, Toni and Jackie end Rick’s life. To stay out of jail, the duo hit the road, and try to find ways to stay out of being apprehended while on the run.

When Toni begins to feel remorse for her role in her late husband’s death, Jackie tries to convince her accomplice from turning themselves in. Jackie’s nonchalant attitude towards their crime causes growing tension between the two women, who have drastically different views on relationships and how to morally lead their lives.

Lundmark crafted an emotionally innovative independent thriller that thrives on the authentic female empowerment that arises between Traicos and Baguidy’s sizzling on-screen chemistry. The intense and electric energy between the two distinct, unique and at-times troubled protagonists prove that female characters are just as captivating and provocative as their male counterparts in on-the-run thrillers.

‘Devil’s Cove’ is the Millennial’s answer to ‘Thelma & Louise,’ as Lundmark’s directorial debut highlights two close and strong female protagonists who risk their lives and freedoms for their relatable bond. The action thriller is a gripping and enthralling contemporary take on the classic female buddy road trip. The helmer’s distinct adaptation of Traicos’ memorable and enthralling script and her natural on-screen bond with Baguidy powerfully highlight the extreme measures women take in order to not only discover the type of person they truly are, but also how they fit into society.