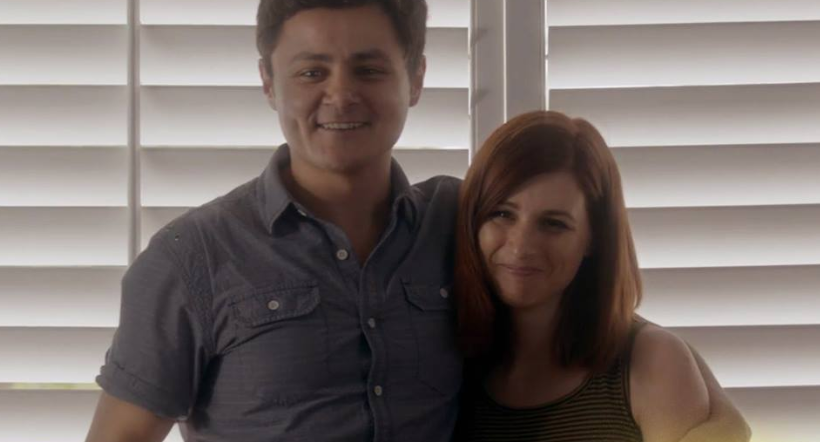 Marriage doesn’t always lead to happily ever after, even in Hollywood romantic comedies. The marriage pact that Arturo Castro and Aya Cash’s characters made with each other while they were best friends in high school no longer fits their estranged relationship as adults, but they’re determined to try to make their new connection work. The protagonists strive to rekindle their bond in the newly released trailer for the upcoming movie, ‘Brand New Old Love,’ which is set to be distributed on VOD platforms, including iTunes, on August 28 by Gravitas Ventures.

‘Brand New Old Love’ follows Charlie (Castro) and Hannah (Cash), who were best friends in high school, and bonded over suburbia punk-rock pipe dreams and middle-class teenage angst. In love with each other but never bold enough to say it, the pair jokingly made a pact that if neither were married by the time they turned 30, they’d be together. It was a promise, and a promise is a promise.

Now almost 15 years later, Charlie lives in LA and is failing at his backup plan turned career as a personal trainer. When he sees Hannah on a trip back home for his niece’s christening, and more importantly his punk band’s reunion show, the two pick up right where they left off, and drunkenly decide to go through with their old marriage pact.

However, reality is harsher than a massive hangover. Not only are Charlie and Hannah not in love, they don’t even like each other. But Hannah, who’s running from her past, and Charlie, who’s desperate to not fail again, decide to try and make it work.

The official trailer for actor Arturo Castro and actress Aya Cash's comedy, 'Brand New Old Love,' which was written and directed by Cat Rhinehart, has been released.