Not wasting their existence trying to prove they’re good enough to fit into a seemingly prestigious society is a motivating life lesson that helps draw people to where they’re truly supposed to be in life. That message is powerfully driving both the characters in, and filmmaker behind, the new comedy-drama, ‘Write When You Get Work.’

Stacy Cochran, who served as the writer, director and a producer on the movie, didn’t feel the need to create standard heroes who perfectly fit into society’s expectations of what it means to be successful in their private and personal lives. Instead, she expertly crafted versatile and relatable protagonists who initially appear to be involved in tumultuous situations in their lives. But upon further exploration, they’re actually trying to do whatever it takes to succeed in the circumstances that they have been led to in their lives.

‘Write When You Get Work’ follows Jonny and Ruth (Finn Wittrock and Rachel Keller), who previously dated while they working-class high school students in New York. But their relationship ends after an unplanned pregnancy, and their child was put up for adoption.

Nine years after separating, their paths cross once again, while Ruth is determined to better her life situation. She’s currently working in the admissions office of a ritzy girls’ school in the city. Jonny is stuck in his old lifestyle, but after he sees Ruth at a wake, he can’t help to push his way back into her life. He begins spending time in the Uptown neighborhood where she lives, in an effort to reunite with her.

While pursuing the rekindling of their old relationship, Jonny casually begins pitching ideas about committing a robbery in the neighborhood to one of his old friends, who works as the doorman at one of the luxury apartment buildings. When he realizes that two girls who live in the building attend Ruth’s school, Jonny begins crafting ideas about ways that he can truly make money off of her new life.

The girls’ parents, Steven (James Ransone) and Nan (Emily Mortimer), are facing potential legal trouble, however, as he is being pursued by the police for financial crimes. So Jonny uses the couple’s misfortunes to his advantage to manipulate himself into their lives. He sees the potential of securing whatever wealth they have left to finally win Ruth back, no matter what consequences he must face in the process.

Cochran generously took the time to talk about making ‘Write When You Get Work’ during an exclusive interview at this year’s SXSW at Austin’s Alamo Drafthouse South Lamar theater. The conversation occurred the day after the romantic comedy-drama had its World Premiere in the festival’s Narrative Feature Competition section. The movie was nominated for two honors at the festival, including the Grand Jury Award for Narrative Feature, as well as the Gamechanger Award.

The interview, which took place right before Cochran attended ‘Write When You Get Work’s second screening, with the filmmaker discussing why she was driven to pen the script for the comedy-drama. “I wanted to make a movie that’s set in New York that’s about New York, as I love the city. So it was about trying to make something that’s as authentic as possible, and gives a sense of how New York feels,” Cochran explained.

The screenwriter also explained that “To me, a lot of what New York feels like is people being absorbed in their own thoughts. But all together, everyone’s crashing into each other.”

Cochran then admitted that the movie’s title “is an old-fashioned phrase. It means, go call us when you get a job, and let us know if you make some money. It has a sense of humor about it to me. At the same time, it also has a sense of poignancy, in that it suggests that things may not work. The person’s essentially saying, don’t call if you don’t get work.

“So I wanted to make a movie about the desperation and self-interest that’s in everyone. But there’s also something about making a commitment to each other that means a lot to me,” the scribe further divulged.

“There’s an element of the movie that’s a little bit of a heist. But it’s not a heist where a well-oiled team gets together and plans something, and then they have to pull it off…It’s more of people wandering toward the idea of robbing each other, and getting the better of each other,” the filmmaker explained.

“They don’t really have an established plan themselves. Even Jonny, who’s wielding a plan the most out of all the characters, has an evolving sense of what’s driving him, and what he wants. It’s not really the money; it’s really her, and the life that kind of left him behind,” Cochran explained.

“I think what was important in directing all that was that I had to know where everything was going. It starts to feel as though it’s going all over the place, and then it has to come back strong,” the helmer added. “The fun in that was doing it with characters who couldn’t figure it out in their own lives. Part of the fun of making a movie is that there are elements you can control, because you can’t always control the elements of your own life!”

The process of finding the right actors for each role was a process that Cochran enjoyed as a filmmaker. “Emily Mortimer was the first person who became attached. Her character of Nan is incredibly important to me. I didn’t know Emily beforehand, but I love her work, and was really excited that she liked the script and wanted to do it,” the director shared.

“You have to get annoyed with each of the characters, but still hope for the best. So I worked with a casting director, Todd Thaler, who I’ve worked with during my whole career. Since we always work together, we have a great shorthand of knowing which actors have that little thing that might make them want to play a certain role, and might bring something really special to it,” Cochran divulged.

“With actors like Finn, as well as Scott Cohen, Jessica Hecht, Rachel and James Ransone, all have the crucial elements for their characters. They all also have a sense of humor. They can play things that are sad and serious, and still have a humorous side to it,” the filmmaker revealed. “They also have something that’s just open about them that makes you root for them, even when they’re driving you nuts…In the end, the script just lets that element of the characters work.”

Once the actors were cast in ‘Writer When You Get Work,’ there wasn’t much time for Cochran to truly rehearse, and build the characters, with them over a long period of time. “I like to work quickly, as I think it creates a momentum that’s vital for a movie,” the writer-director admitted. “But we’d get to the point where we were going to shoot a scene, and we’d talk about it in efficient detail. But it wasn’t a long process of discovery.”

Cochran added that “The actors mainly had to know how their characters fit into the story, and I’m the main person who had to know how they all intertwined. I had to figure that all out, and in that process, I had the help of my amazing cinematographer, Robert Elswit…We didn’t do a lot of prep work, but the film benefited from us knowing what we wanted before we began filming. Robert and I have also worked together a lot, so that was also helpful in figuring things out.” The director added that she had such great actors “that we didn’t need to shoot a lot of coverage…That was an exciting way to work.”

Then delving into the process of shooting ‘Write When You Get Work’ independently, Cochran admitted that “Getting any movie made is a miracle. So shooting this type of movie independently is the only way to get it made…But the trick is that whatever budget you have, you have to find people who actually want to work with you…It’s amazing to be a filmmaker who’s able to figure out how get the most resources you can, especially when it comes to people who want to to work on the cast and crew.”

Cochran then spoke about being one of the producers on the comedy-drama. “There’s another producer on the film, who’s named Alison Beckett, and she’s very experienced and irreplaceable. So our relationship was mainly focused on making decisions that were financially practical, but also allowed us to stay true to the film’s creative vision. So we had to figure out when to be cautious, and when to take a leap.”

The filmmaker then called the experience of holding ‘Write When You Get Work’ World Premiere at SXSW “amazing. It’s hard enough to get a movie made. It’s even more difficult to then get some attention on the film, and have people see it.” 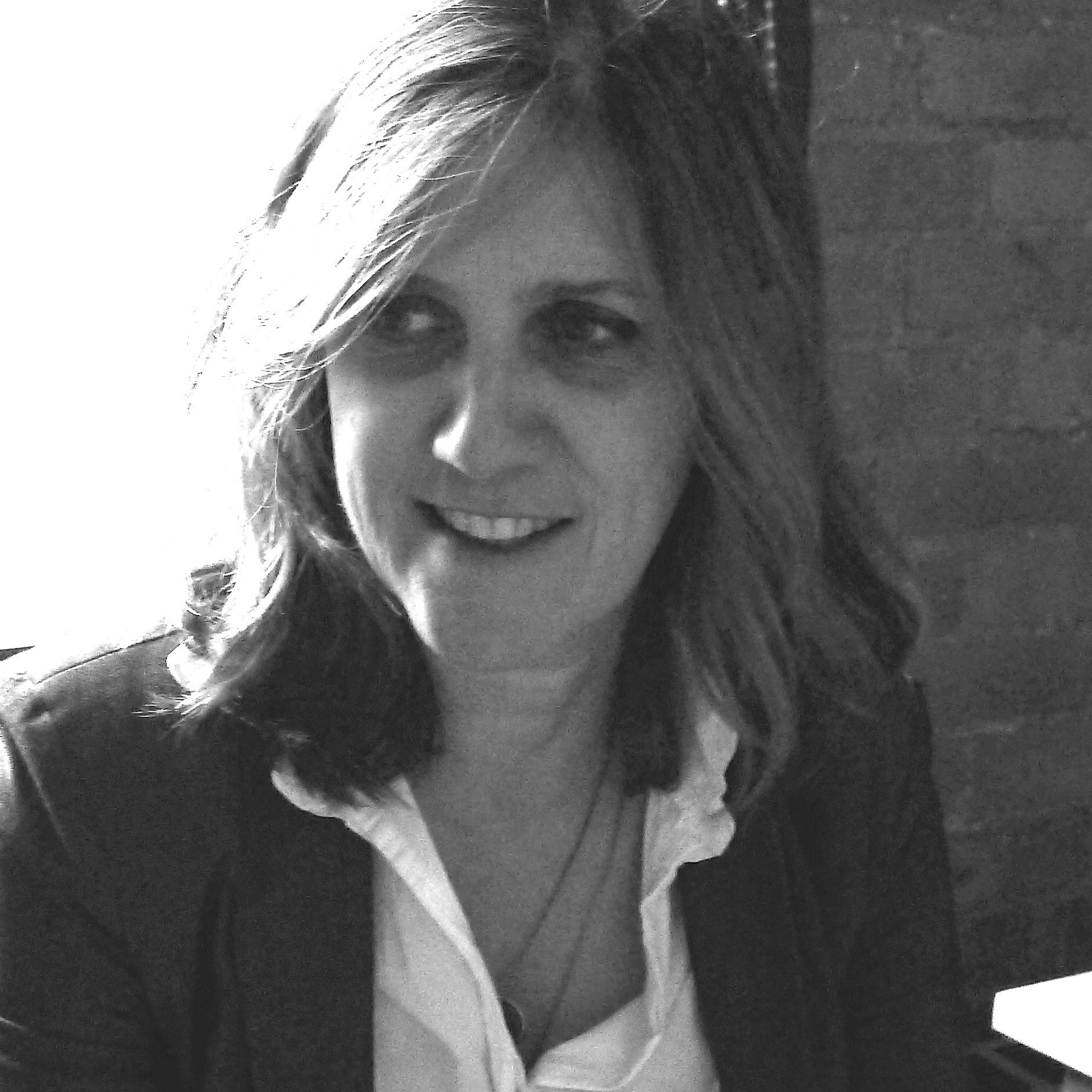