The loss of a child is one of the most painful experiences that adults may be forced to contend with in their lives. Actress Keeley Hazell and actor Craig Rees are forced to cope with the emotional consequences that accompany the death of their on-screen daughter in their new horror movie, ‘Whispers.’ In honor of the thriller’s release on August 13 in the U.K., Ireland and Japan by High Fliers Films, a trailer and poster are being highlighted.

In addition to Hazell and Rees, who also served as a producer, the British drama stars Barbara Nedeljakova and Diane Ayala Goldner, as well. The movie was written, directed and produced by Tammi Sutton, who has also helmed such other genre films as ‘Isle of Dogs’ and ‘Sutures.’ Her latest horror thriller was shot on location in Devon, England.

‘Whispers’ follows a young couple, Harvey and Catherine Caldwell (Rees and Hazell), who are recovering from the death of there daughter. They relocate to the countryside, but almost right away, the Catherine starts seeing and hearing images of their deceased daughter throughout the mansion. Is it in her head, the house or is her husband messing with her mind? 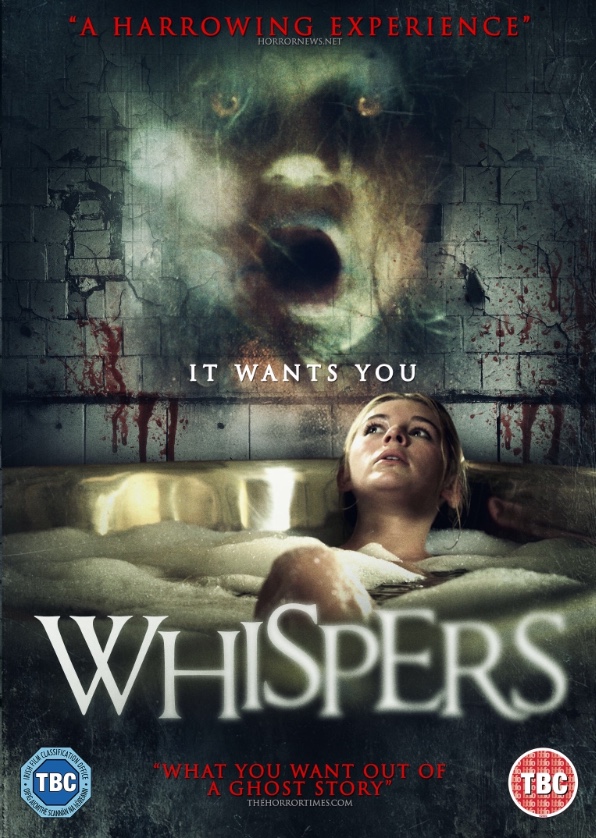 The poster for writer-director-producer Tammi Sutton's horror thriller, 'Whispers,' which stars Keeley Hazell and Craig Rees, have been released.