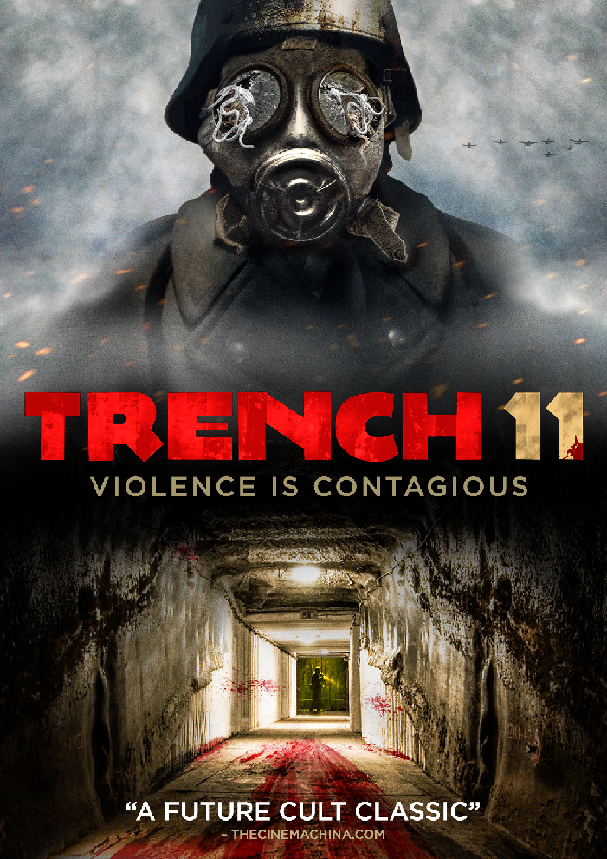 Audiences can enter the trenches with the home release of director Leo Scherman’s new horror movie, ‘Trench 11.’ RLJE Films is distributing the drama today on Digital and VOD, and DVD for an SRP of $27.97.

In celebration of ‘Trench 11’s home release, Shockya is offering two lucky winners a DVD of the movie. To enter, email, us at ShockyaGiveaway@aol.com. Let us know that you’re entering to win the ‘Trench 11’ DVD giveaway in the email’s subject line and message. You have until next Friday, September 14 to enter, and you can enter the contest once daily. After September 14, we’ll pick the winners at random, and notify them through email. Good luck!

‘Trench 11’ follows a highly contagious biological weapon, which was created by German forces in WWI, and is discovered by Allied troops as they explore an abandoned underground bunker. Realizing they need to contain and destroy the threat, their mission becomes a fight for survival when one of their own is infected by the deadly parasite and begins to violently attack them. The soldiers now need to not only save themselves, but also stop the outbreak before it spreads to the rest of the world.