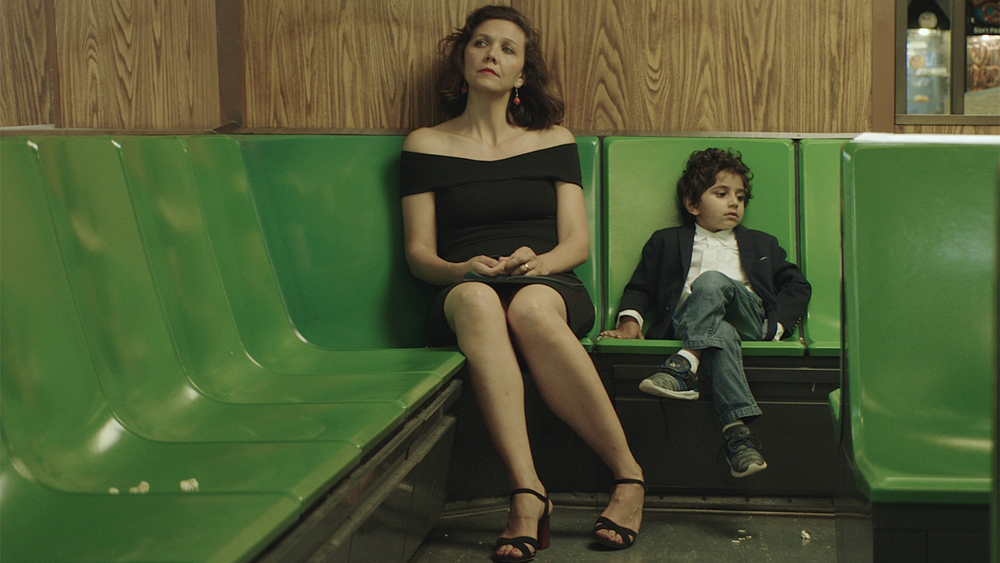 There are adults who are grateful to their teachers, for having encouraged them to nurture their talents. But there is a thin line between guidance and intrusiveness. This is the story tackled with exceptional sensitivity by ‘The Kindergarten Teacher.’

The tense psychological Netflix thriller is Sara Colangelo’s adaptation of Nadav Lapid’s 2014 Israeli drama ‘Haganenet.’ The story focuses on a Staten Island kindergarten teacher, Lisa Spinelli (Maggie Gyllenhaal), who discovers her five year-old student, Jimmy (Parker Sevak), reciting his verse. Lisa is an aspiring poet, but lacks the talent. Furthermore, her routine as a wife, mother and working woman, seems to crush her aspirations to live a life of art and intellectualism. Lisa’s frustration is dignified with the mission of sparing an enfant prodige from her same destiny. The teacher, thus embarks on a questionable journey to cultivate his skills, in the belief that she will set him on the path she always dreamt for herself.

As producer Trudie Styler recapitulated: “‘The Kindergarten Teacher’ is a dark story about a woman who invests a lot in a pupil who is a wunderkind, a poet, and she unravels what personal success and failure can look like to a human being, striving polarities between mentoring or manipulating the child.” Celine Rattray, co-founder (with Trudie Styler) of Maven Pictures, emphasized how this film represents a new voice in an industry dominated by men:  “Our company champions women in film. Two-thirds of Maven’s films have been directed by women,” Rattray says. “We were very drawn to the idea of a film written, directed, produced, and starring women—and in particular, a film that challenges audiences’ expectations and asks difficult and provocative questions.”

You can feel the grip and emotional acuteness of the script penned by Sara Colangelo, who directs her actors with integrity and authenticity, as the suave cinematography by Pepe Avila del Pino envelops the storytelling. As the director explained no one but Maggie Gyllenhaal could play Lisa: “She has an intensity and natural relatability that make her so perfect for this role,” Colangelo said. Indeed, Gyllenhaal seems to embody one of Guy De Maupassant’s characters, perturbed by the dreams they had in youth, that eventually clash with the crude reality.

Maggie Gyllenhaal is a rare actor, who has the ability to coalesce human contradictions in all her characters, making each one unique and different. The charm of her Kindergarten Teacher is human ambiguity. There is no Manichean position in the film: Lisa is neither a hero nor a villain. She embodies a kaleidoscope of human frailties that have an idealistic trigger and, brought to exasperation, can backlash into obsession.

The entire cast around Gyllenhaal is not mere contour, but is essential to incite the audience’s empathy towards the incommodious Lisa. Her poetry teacher, Simon, played by Gael García Bernal epitomizes how the laws of attraction are often based on the ideas we project on our object of interest. Lisa’s husband (Michael Chernus), adolescent children and co-workers do not share her delicate receptiveness and contribute to creating a world of indifference towards intellect.

The chain reaction is a quiet tumult. There is no excessive yelling or overly dramatic reactions. There are some sobs. But most importantly there is society’s facade. We can feel the judgmental gaze watching over Lisa Spinelli. No actor is over the top, especially the young Parker Sevak, playing Jimmy. Colangelo’s Neorealistic approach in casting a child with no previous acting experience echoes the effectiveness that Vittorio De Sica obtained by casting Enzo Staiola for the ‘Bicycle Thieves.’ Sevak serves as a completely innocent observer, witnessing the intricacy of adulthood.

Technical: B
Acting: A-
Story: A-
Overall: B+
Written by: Chiara Spagnoli Gabardi