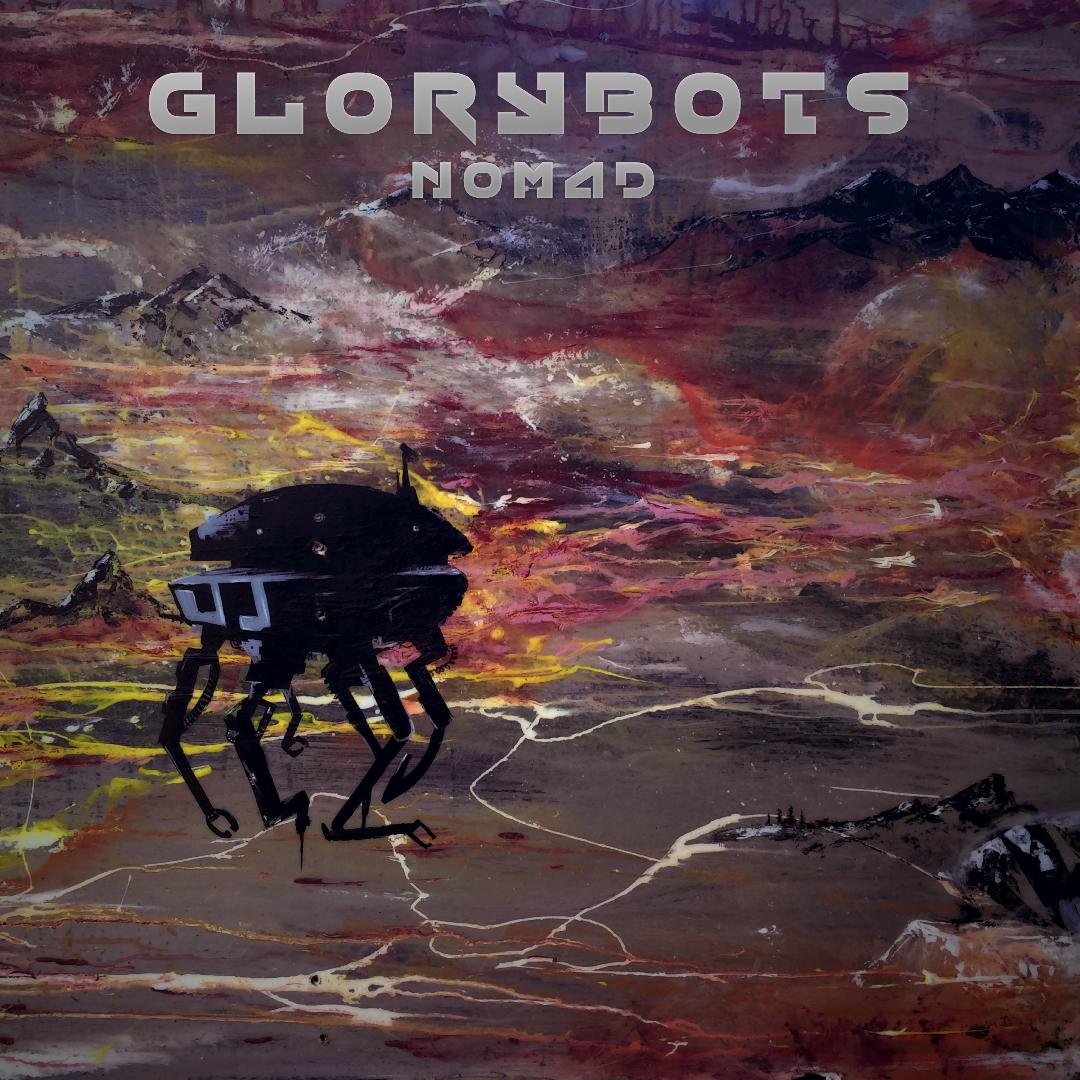 Instinctive human conditioning often motivates people to initially want to run from the difficult situations that they’re faced with in their lives. Watching people seek asylum from the challenging circumstances that they’re contending with is a gripping motivator for singer-songwriter, Jalal Andre, who’s also known professionally by the stage name, Glorybots.

The frontman and multi-instrumentalist for the Seattle-based band, Echo Texture, created his alter ego last year, in support of the launch of the concept’s debut album, ‘Dark Alien Pop.’ The post-rock record, particularly the musician’s new single, ‘Nomad,’ hypnotically emphasizes important moral and legal issues that are plaguing modern society. The song features soaring, exquisite vocals from Andre, which contemplate the heavily debated issue of refugees seeking asylum in places that will offer them a better life.

The psychedelic-pop-punk-inspired tune emotionally draws on Andre’s sentiment that watching people seek asylum from the difficult environments in their home countries, and not be given opportunities to create a better life internationally, is a tragedy. He also notes that everyone can realize that they’ve also sought asylum from something, and in essence, are also nomads as they seek refuge anyplace they can. The singer powerfully proclaims on his new signle that no one needs to be any more alienated, and everyone can all find a place to call home.

‘Nomad’ also stunningly highlights Jalal’s longstanding interest in being more on the fringe than the mainstream music scene. His riveting vocals and infectious blend of indie rock and post-punk instrumentation create an enchanting cinematic soundscape and atmosphere. The musician’s enticing blend of melodic and falsetto vocals with haunting instrumentation make the song an instant classic

Although ‘Nomad’ is steeped in the all-to-important metaphor that everyone at times feels a bit alien and foreign in their environment, it also serves as a perfect reminder of the current issue that some people are also searching for geographical asylum. Watching people seek asylum from the difficult circumstances in their lives is a riveting motivator for Andre, who hypnotically emphasizes important moral and legal issues that are plaguing modern society. ‘Nomad’ is the powerful political, societal and moral anthem that the world needs right now, as it reminds listeners that everyone, especially refugees, is seeking asylum in places that will offer them a better life.

Cancel reply
Enter the Ring as Derrick Barry Presents Britney’s Circus: The 10th Anniversary at Lincoln Center
Who Will Write Our History Movie Review
To Top