Who Will Write Our History Movie Review

Jan 7, 2019 HOLOCAUST, Nazis, POLAND, WARSAW, WHO WILL WRITE OUR HISTORY 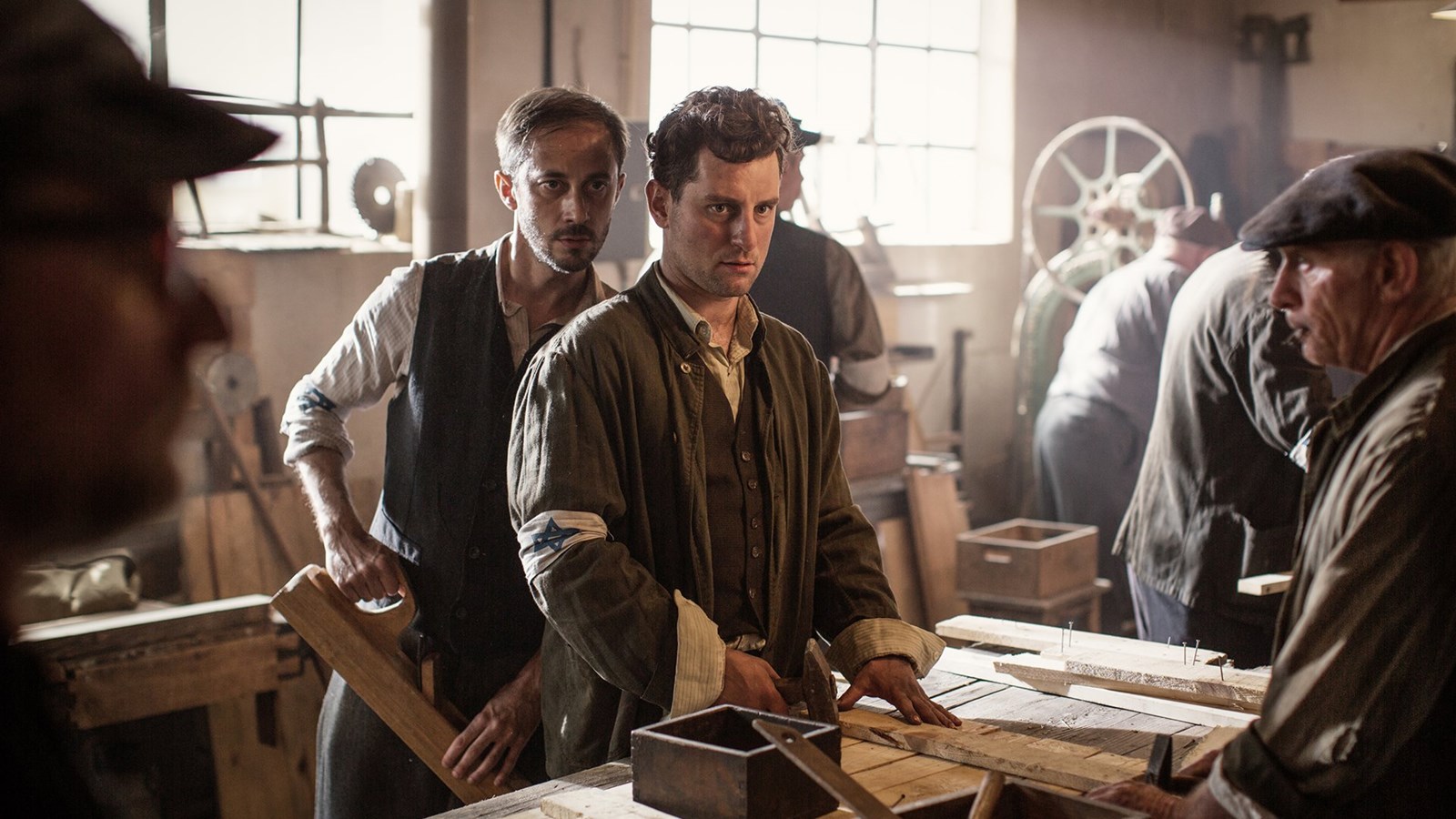 We in the U.S. are living now in a time that the printed word has been downgraded, where texting and sexting are the language of youth, and where the New York Times is denigrated by our country’s chief office holder as “failing” and full of “fake news.” How refreshing it is, then, that a film and the book from which it is adapted honor the word, whether in English, or Yiddish, or Hebrew or Polish. “Who Will Write our History” commemorates and even idolizes a few remarkable people shut inside the Warsaw ghetto during the Nazi conquest of Poland who dedicated the rest of their brief, remaining lives to writing an archive of material. The material, mostly of the printed word, includes some pictures, so that people in London could be made aware of the delivering of Polish Jewish into a gated neighborhood ghetto followed by their mass murder. The sixty thousand pages of first-person testimony were buried after the ghetto and, indeed, much of the entire city was burned to the ground and found only recently by groups of workers with some documentation presumably buried under the Chinese Embassy in Poland’s capital.

Using archival film taken mostly by Nazis who, by photographing Jews wasting away with starvation and afflicted with lice and disease, employed the films as propaganda to show the world that the Jews are filthy and lice-infected—as though the heartless conquering people had nothing to do with their miserable and desperate condition. The source material, from Samuel Kassow’s book “Who Will Write our History,” cannot be faulted as the author, who lectures on Russian and Jewish history, received a commentary from the New Republic magazine “May be the most important book about history that anyone will ever read.” (Available from Amazon for $17.04.)

The documentary mixes in contemporary footage in full color as actors taking the parts of journalists, scholars and community leaders who go about their secret work of writing voluminous accounts of the greatest crime of the last century. Emanuel Ringelblum was the leader of the group, a historian who gave the project the code name of Oyneg Shabes, determined to puncture German lies with the pen while lacking the sword—at least until the uprising of those Jews remaining in the ghetto on April 19, 1943.

The project is directed, written and produced by Roberta Grossman, whose passion for social justice is easily understood by looking at her previous works. “Seeing Allred,” which she co-directed, takes on the recent testimony of sexual assaults, while her “Hava Nagila” is a virtual travelogue of the famous Jewish song. For this film she employs the voice of Joan Allen, whose narrative offerings include “Rickover: the Birth of Nuclear Power” Catherine Senesh from a movie about Hannah Senesh, who was captured by the Nazis while trying to rescue Jews during the war. Going from the sublime to the ridiculous, narrator Adrien Brody used his narrative voice in the past as the mouse in “Fantastic Mr. Fox.”

Focusing on the story of Emanuel Ringelblum and his Oyneg Shabes archive, writer-director Grossman honors the determination of writers to become eyewitnesses to the destructive criminality of the Nazis, indicting the Jewish police as well for their desire to save their lives by treating other Jews with the same brutality as the Germans. What emerges from the writings is not simply a narrative history, as the sixty writers also knocked out diaries, essays, jokes, poems and songs. Most significant is that they depict the Jews from the Jewish point of view so the world should see German propaganda as little more than the lies of a craven people.

This is a major piece of documentary filmmaking, the scholars and filmmakers working for six months to prepare the actual shooting, while the words spoken by the actors are the very words that emerge from the printed material. In 1999 three document collections from Poland were included by UNESCO’s Memory of the World Register: the works of Chopin (ironically enough considering the composer’s virulent anti-Semitism), the works of Copernicus, and the Oyneg Shabes Archive.

Some may argue that the special effects and reenactments threaten the veracity of the material but Grossman makes sure that every word spoken in the recreations, every emotion, boldly supplements the amazing collection of archival celluloid, much of which I for one had never seen before despite my aim to see every film made that tries to make sense of the Holocaust.