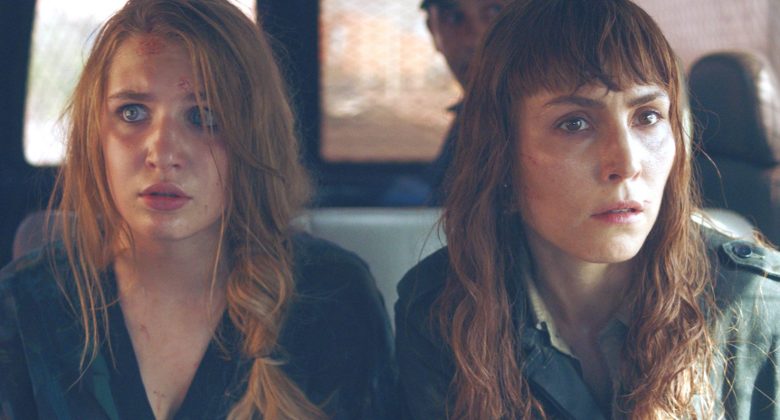 The Netflix action movie “Close” is so jumbled, so poorly organized with people going hither and thither without sufficient convincing motivation, that its principal virtue is to shed at least some light on the career of a real life woman who must have seen at least as much as her movie counterpart. In casting the movie director Vicky Jewson, whose previous movie “Born of War” deals with a young woman who discovers that her father is a terrorist and moves to take him down, is in her métier once again. In line with the current #MeToo movement, Jewson likes strong women, favors bonding between women, and this time constructs the initial clash between a teen heiress and her bodyguard, mirroring a similar conflict between the girl and her stepmother.

Noomi Rapace, the Swedish actress who gained considerable fame with her role in the “Dragon Tattoo” series, stands in for Jacquieline Davis, considered the world’s most celebrated female bodyguard. If you want to look into the more interesting story of the powerful former police officer who guarded Diana Ross, Liza Minnelli, J.K. Rowling, Nicole Kidman, and members of the British royal family, get her book “The Circuit” available on Amazon.

“Close” could conceivably be based on a case worked by Davis in which a client whose family had been killed and who is concerned that there is a hit on him and his 4-year-old daughter, escort the guy and a little girl around in safe houses while the kid keeps asking “Why?” The same puzzlement can be seen on sixteen-year-old Zoe (Sophie Nélisse) whose stepmother (Indira Varma) had been disinherited with shares of the corporation given exclusively to victim’s daughter. As the confused plot progresses, we get the idea that the stepmother has hired a hit team for the girl though later the villain turns out to be someone whose motivation has been hardly developed.

The photography in Morocco by Malte Rosenfeld is sumptuous, contrasting the open spaces of the desert with the souk-like atmosphere of Casablanca. Car chases? Of course. Both women overcoming male bad guys? Definitely. Some advice given by the young girl to her bodyguard about the latter’s own child? Out of the blue. Without the many fights the movie could not have sustained more than thirty minutes’ attention.