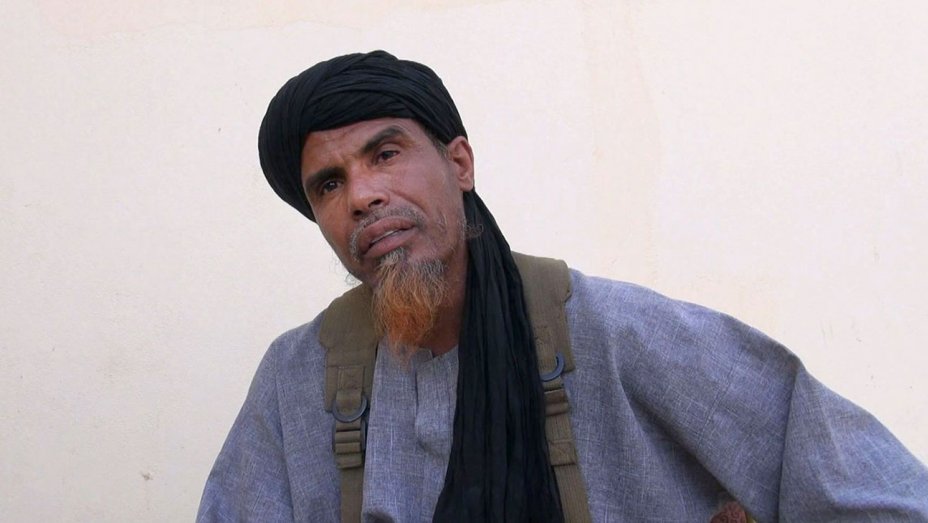 “Jihadists” aka the French title “Salafistes,” contains words perhaps more alarming than anything our President has said, even more controversial than Rashida Tlaib’s locker room word describing her plans for taking on the POTUS. In fact the movie was temporarily banned…not in Boston, not in Saudi Arabia, not in North Korea or Iran, but in…France. During its brief 75 minutes’ running time, you will be accosted by words that will make you shudder, encourage you to shelter your small children, and, if you live in New York to dig yourself a bomb shelter, or else using the Number 1 line at 191st Street as though 180 feet of earth can protect you. Sad to say, not even that station will shield you from the ire of people who want nothing more than to kill you merely because you don’t think like them. These terrible folks will frighten you more than Freddy Krueger and Jason Voorhees ever did, because people like them could be a real problem for you, unlike the creeps that any Stephen King novel could imagine.

After agreeing to cut some of the scenes that went too far over the top—such as images of a police officer killed in France—the French Ministry of Culture lifted the ban giving it a rating of Interdit au moins de 18 ans. Still, the film opened in only two Paris theaters.

In answer to those of the French Culture Ministry who wonder whether this film is an apologia, or defense, of ISIS ideology, truth to tell, many people watching might be swayed to the cause because the people who are interviewed, courtesy of their bedfellows with expensive cameras, appear normal. They don’t have horns coming out of their head and if they have tails, they keep them well hidden. They do not sound like firebrands, nothing like the Hitler who depended on ranting and raving, but instead they explain their positions calmly, as though implying that they would be perfectly willing to debate the opposite side—but as equals. This would be like allowing a debate between those who believe the world is flat and those think otherwise, putting both on the same pedestal.

The assemblage of films has been edited by François Margolin, obviously French, and Lemine Ould M. Salem who is from Mauritania. Margolin is the only talking head that takes us outside of the milieu, sitting calmly with a jacket overlaying an unbuttoned shirt, describing why he chose to do this project, which is to educate the rest of us to what may be ahead especially here in the West. Subject wise, the material has been covered before and may be available on the Internet, courtesy of Isis members who have knocked out professional, Hollywood-style propaganda not unlike what Leni Reifenstahl did with financing from the Nazi Party. Her “Triumph of the Will” and “Olympia,” are considering two of the most effective films of their kind.

Specifically “Jihadists” deals with the Sunni Islam extreme sect of Salafis, the spokesmen—all men by the way—lecturing us heathens and infidels without a smile or laugh on their faces. And that’s a good thing because if they came across as entertainers they could influence far more people than they have done to date. We see one guy whose hand is amputated for stealing, and it’s the right hand at that. Presumably only lefties could snatch wallets after that. Two homosexuals are tossed from the roof, the first one seen in slow motion, because their “crime offends God” and makes them “no better than animals.” In one unexplained strip of film, a couple of jihadists drive by in their car gunning down people with automatic weapons, which takes road rage to a somewhat higher peak. (Why they did this is not explained, so we may assume they were having sport as they had with the animals they machine-gunned from an aircraft in the opening scene.)

The countries exhibited include Afghanistan, Syria, Tunisia and Mali, in that last case focusing on sharia law in fabled city of Timbuktu, liberated by the French in 2013. During the rule of jihadists—who want their own state carved largely out of Syria and Iraq—two morals police warn women trying to sell their trinkets and foods to cover their faces completely.

H.G. Wells said that the human condition is a race between education and catastrophe. Without sufficient learning, not so much of facts but the ability to reason, even we in the United States could be electing politicians whose actions could be disastrous. Perhaps even highly educated people watch “Jihadists” and are tempted to say, “Hmmm, these fellas make some good points” but soon enough wake up from the nightmare to realize “How could we have ever thought that?” Imagine what men and women without sufficient reasoning power would think when they hear the arguments spouted by these clownish but highly toxic people! Happily, this fear-inducing picture ends with a final scene of an elderly gentleman smoking his pipe despite criticism from a passing ideologue. He demanded and received the return of what gives him pleasure saying that his health is not anybody else’s business. He got it back and defiantly exhales a huge puff for the camera.

The film is in French, English, Arabic and Bambara with the subtitles in white—those subtitles clashing with scenes involving people with white shirts. A large part of the cinema world still doesn’t get it: foreign language movies need bold print preferably in a strong color like yellow.