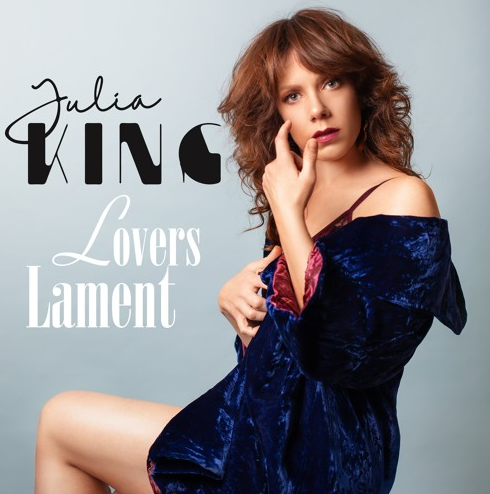 Grappling with an unfamiliar multitude of emotions as they ponder their lifestyles can lead to an fascinating mix of influences for many musicians. Stylistically eclectic singer-songwriter, Julia King, is no exception, as she has enticingly blended pop, folk, rock and soul to create a unique style for her new single, ‘Lovers Lament.’ It’s the second of several tracks that she will be releasing in the coming months, as she prepares to release her full-length debut album this summer.

Like with ‘Cannonball,’ the first single off of her upcoming record, the stylistically eclectic musician once again crafted a chic-infused poetry into her lyrics for ‘Lovers Lament.’ Blending her passion for Motown and rock-n-roll music and her admiration of the jazz piano, the Long Island, New York-based singer-songwriter’s sophomore single also specifically highlights her pain and anguish of being a jilted lover. The ballad relatably chronicles the suffering of the inevitable loneliness that comes from having a broken heart, which leads her to rely on her natural defense of sarcasm to protect herself.

King stunningly emotes her pain through sultry contemporary vocals, which is driven in part by a gripping and pulsating swagger from the swing percussion, strings and sizzling piano. ‘Lovers Lament’ is the perfect culmination of raw and sophisticated emotions, which creates an atmosphere of retrospective lust.

The musician’s personal and heartfelt declaration that she’s so lonely when she returns home to her empty house is so relatable and enthralling that it would make the tune a perfect movie score montage about a lonely protagonist who’s contending with heartbreak. But the song ends on a powerful note when King asserts that she’ll try to forget she ever knew her lost love.

Confronting an unfamiliar multitude of emotions as they contemplate their lifestyles can lead to an entrancing blend of influences for many musicians. That’s certainly the case for King, as she has perfectly blended pop, folk, rock and soul elements to create a unique style for ‘Lovers Lament,’ on which she powerfully proclaims that even though she’s heartbroken from being lonely and not having her love reciprocated, she’s still strong enough to move on from lost love.

Much like ‘Cannonball,’ the stylistically eclectic singer-songwriter has once again created the perfect anthem for women who wish to stand up for themselves and their happiness. She proves that she has the potential to leave a lasting influence on not only women empowerment, but also the music industry.