Mercenaries Go On an Impossible Mission in Exclusive Premiere of The Glorious Seven’s Trailer, Poster and Images

It takes a special and heroic kind of soldier to willingly entice their opponents into a life-or-death battle. But the title mercenaries in the upcoming action film, ‘The Glorious Seven,’ are courageously luring their enemies into a fight to the death in the drama, which will be released on VOD and DVD on March 12 by Uncork’d Entertainment. In honor of the movie’s distribution, ShockYa is exclusively premiering its poster, as well as two stills.

Uncork’d Entertainment has released the following synopsis for ‘The Glorious Seven’:

Ex-military commander David Guerra (Kwarteng) is hired by a crooked millionaire to rescue his wife who was kidnapped by the leader of a guerrilla group. Guerra recruits six of his former special forces comrades to join him on this task. Outnumbered by their highly skilled opponents the seven start a seemingly hopeless and bloody mission, hoping they can pull off the unthinkable and somehow still survive 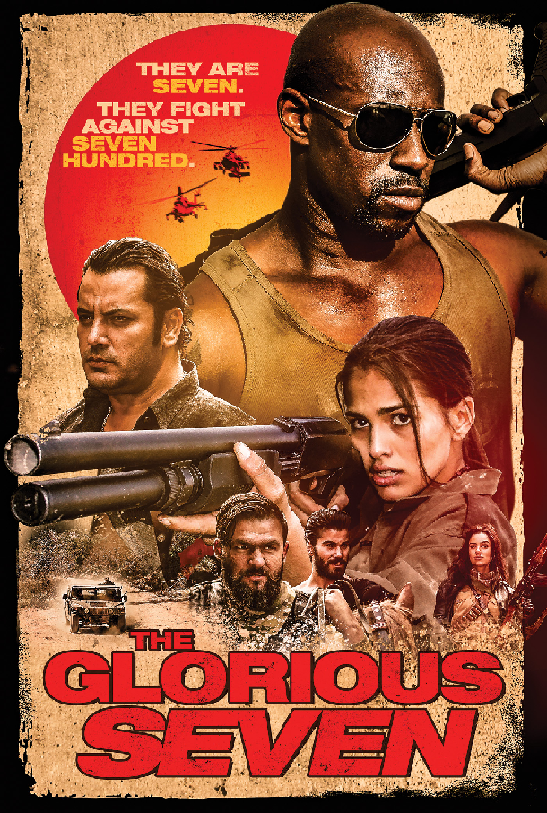 In honor of the VOD and DVD releases for the action film, 'The Glorious Seven,' by Uncork'd Entertainment ShockYa is exclusively premiering its trailer.