Contemplating life’s biggest triumphs and losses can be a challenge for anyone as they get older. But examining their lasting effects can be especially difficult for someone who’s never truly had to face true professional and personal despair, especially after a lifetime of seemingly unsurpassable success. But that’s the dilemma that actor Steve McQueen faced in the latter part of his life, which is showcased in the new biopic, ‘Chasing Bullitt,’ which was written and directed by Joe Eddy.

In honor of the film’s upcoming release on March 5 by Vertical Entertainment, ShockYa is premiering an exclusive clip from the drama, which is titled ‘About France.’ The clip features Steve speaking with a psychiatrist, and reluctantly admitting that he’s going to lose his spotlight in Hollywood and with his career-long audience.

The actor also notes that he feels that the executives at Cinema Center Films, the production company behind his poorly received 1971 auto-racing drama, ‘Le Mans,’ as well as its producers, took the movie away from him. The performer also reveals that his friends, as well as his business partner and agent, betrayed him, so he severed his relationships with them. Steve also solemnly shares that filmmaker John Sturges, with whom he made three movies with before ‘Le Mans,’ including ‘Never So Few,’ ‘The Magnificent Seven’ and ‘The Great Escape,’ even betrayed him when he stepped down as the director during the auto-racing drama’s production.

‘Chasing Bullitt’ follows Steve (Andre Brooks) after he has an unexpected confrontation with his agent, Freddie Fields (Dennis W. Hall). Struggling with the aftermath of shooting what would become his greatest critical and box office failure, ‘Le Mans,’ Steve is broke and emotionally lost. He makes a deal with Freddie: he’ll choose his next role in exchange for the location of his beloved GT 390; the presumed lost Ford Mustang from his iconic film, ‘Bullitt.’

As he drives through the desert on his return to Los Angeles, Steve recalls both moments from his crumbling marriage to actress Neile Adams (Augie Duke) and deeper psychological scars through a tense, undesired appointment with a psychiatrist. These memories briefly subside with the arrival of a dynamic hitchhiker, Sula (Alysha Young). Struggling to regain his focus, Steve finally narrows in on the location of the car that has been the object of his obsession. What he encounters there proves to be even more gratifying. 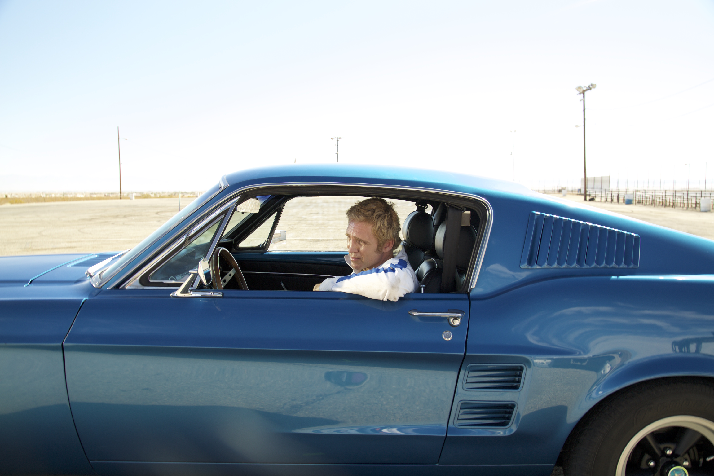