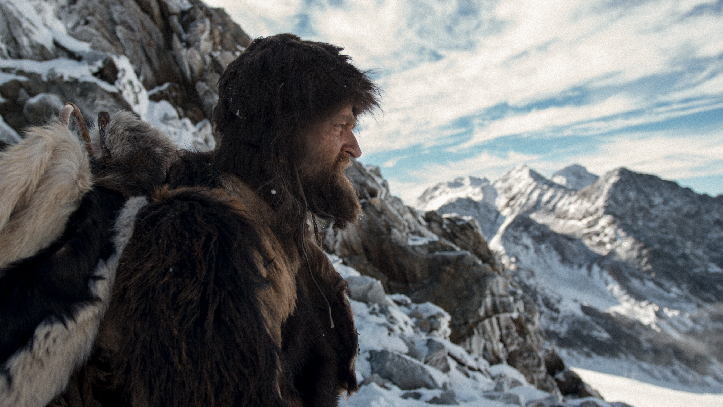 The greatest challenge for anyone seeking vengeance for a savage act that was committed against their family is not to turn to that same violence themselves when they finally face their relatives’ attackers. That’s certainly the case for actor Jürgen Vogel’s protagonist, Kelab, in the new thriller, ‘Iceman.’

In honor of Omnibus Entertainment distributing the Neolitic film in select theaters in 10 top markets, including New York City, Los Angeles, Chicago and Seattle, as well as on VOD, including iTunes, this past weekend, ShockYa is premiering an exclusive clip from the drama. The clip, which is titled ‘On the Trail,’ follows Kelab as he relentlessly follows the path of the men who assaulted the members of his tribe through mountains and a forest. He hopes to carry out his revenge on the men who brutally murdered his tribe, including his wife and son.

Omnibus Entertainment has released the following synopsis for ‘Iceman,’ which was written and directed by Felix Randau:

In 1991, a melting glacier revealed the body of a man. At first, people assumed he was a hiker. But then scientists discovered that he’d been dead for over five thousand years.

Set in the Ötztal Alps, more than 5,300 years ago, a Neolithic clan has settled near a creek. It is their leader Kelab’s responsibility to be the keeper of the group’s holy shrine Tineka. While Kelab is hunting, the settlement is attacked. The members of the tribe are brutally murdered, including Kelab’s wife and son, and Tineka is gone. Blinded by pain and fury, Kelab is out for one thing alone – vengeance. Kelab follows the perpetrators’ tracks. On his odyssey through the mountains, he’s exposed to the dangers of nature. Finally, Kelab faces not only his family’s murderers, but also himself. Will he succumb to his urge for revenge, or can he succeed in breaking the eternal circle of violence?

In honor of Omnibus Entertainment distributing the Neolitic thriller film, 'Iceman,' which was written and directed by Felix Randa, in select theaters and on VOD, ShockYa is premiering an exclusive clip from the drama, which stars Jürgen Vogel.