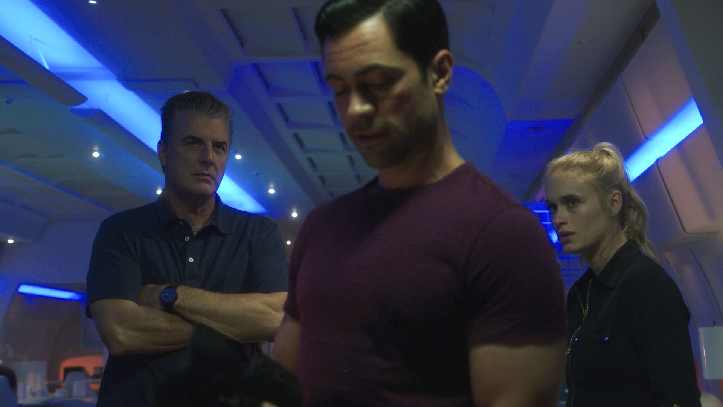 Work and personal conflicts can often times intersect, and influence a person’s decisions and moods in all aspects of their lives. That’s certainly the case for the FBI agents in WGN America’s 12-episode limited series, ‘Gone.’ In honor of the cable network premiering the police procedural’s fourth episode, which is titled ‘Tiger,’ tomorrow, March 20 at 9/8c, ShockYa is debuting an exclusive clip from the show.

The clip from ‘Tiger’ features actress Leven Rambin’s character, Kit “Kick” Lannigan, a former child abduction victim, who notices that there’s something bothering the man who rescued her, Chris Noth‘s FBI Agent, Frank Novak. The two now work together on a special task force that he created, which is dedicated to solving abductions and missing persons cases. Lannigan approaches Novak when she realizes that their current case is emotionally affecting him.

In ‘Tiger,’ the team is assigned to work on a case involving a father who suddenly goes missing in Cincinnati. The agents quickly learn after taking on the case they have a much more complicated case on their hands. John Bishop (Danny Pino) begins to uncover the details of the disappearance, which leads the team to discover that the entire family is missing. Kick begins to notice the case is emotionally affecting Frank, but soon realizes the wound is much deeper than it initially appears. When two more people turn up missing, the team is in a race against time to piece together the clues of what appears to be a related kidnapping.

Cancel reply
Jürgen Vogel’s Iceman is On the Trail in Thriller’s Exclusive Clip
Are remade movies always bad? We don’t think so!
To Top