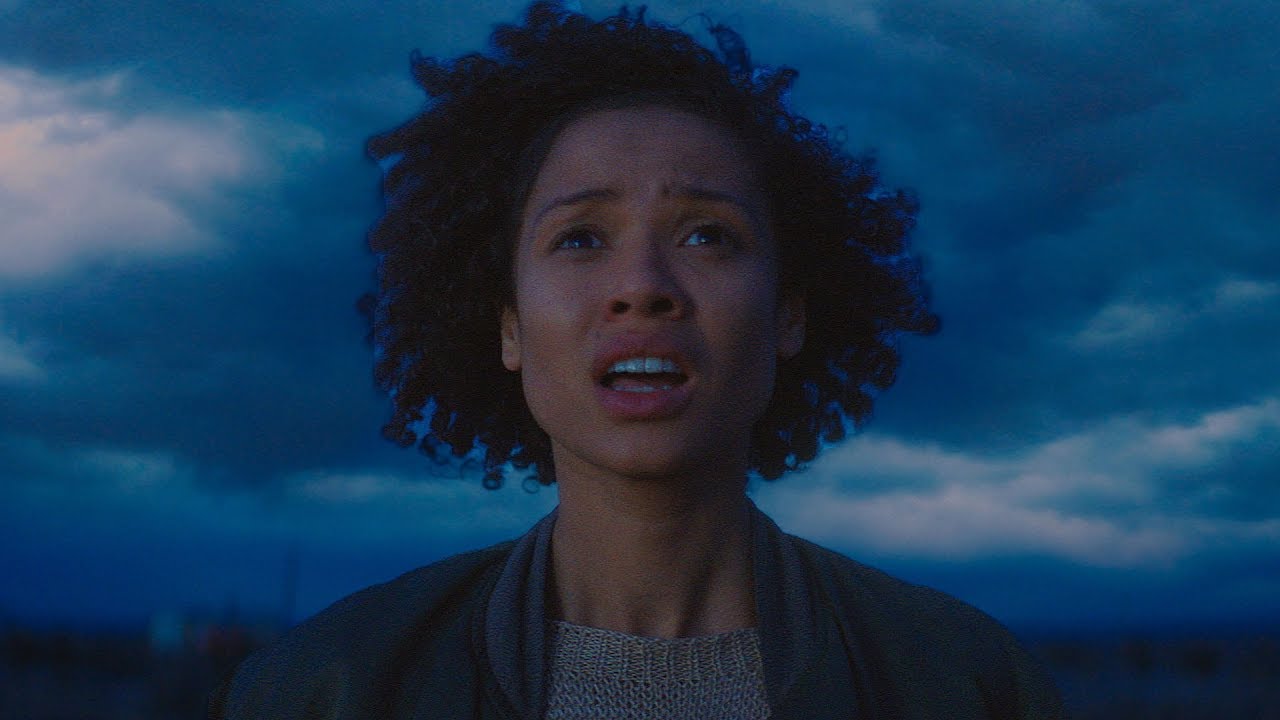 When an alleged UFO crashed near Roswell, New Mexico on July 1947 residents were talking about extraterrestrial spacecraft, alien captured occupants, and military conspiracy by the U.S. government. Why? Because people were scared yet fascinated by the unknown. When the sky filled with many lights, known as the Aurora Borealis, people watched with awe and fascination.

Likewise when a small town, in Fast Color, goes through unexpected earthquakes, the local authorities stay tuned with anticipation. During the first part of the film we are introduced to three women that have passed supernatural powers through three generations. There are grandmother Bo (Lorraine Toussaint), her daughter Ruth (Gugu Mbatha) who left home some years ago, and grand-daughter Lila (Saniyya Sidney). The family lives in a secluded house and does not mingle with town residents. Sheriff Ellis (David Strathairn) is familiar with the trio in many ways but let it be. FBI scientist Bill (Christopher Denham), however, is in constant pursuit of Ruth and would like to take her for “some tests”. In a comical scene we watch Bill meeting Ruth at a local coffee shop, pretending to show gentlemanly interest to which Ruth does not reciprocate. Later on he “saves” her from a pesky police officer by claiming: “Honey, I am here”.

Fast Color is set in an ambiguous time frame, at a post-apocalyptic world, when rain is non-existent and water supplies are limited due to a drought. During the first part director Julia Hart keeps the tempo going in an active manner that will grab viewers’ attention. The second part is conversational showing the magical power of the three women.

Acting by Lorraine Toussaint, Gugu Mbatha and Saniyya Sidney is captivating throughout, while Christopher Denham provides comic relief because of his character’s clumsiness. David Strathairn, reliable as always, puts some meat on an under-written sheriff’s role.

Fast Color was photographed by Michael Fimognari in Albuquerque, Estancia and Tijeras, a small village in New Mexico. Magical special effects, were done by David Fletcher. Stay tuned to his “lights-in-the-sky” show – an Aurora New Mexico of sorts.

Story: B-
Acting: B
Technical: B+
Overall: B