Enticing people with what they want is usually one of the easiest ways for everyone to obtain their goals. Accomplished genre actress, Lin Shaye, is grippingly trying to use that belief in her latest quest to get what she believes she’s entitled to in her upcoming thriller, ‘Room for Rent.’ In honor of the highly-anticipated release of the ‘Insidious‘ veteran’s new suspense film, ShockYa is premiering an exclusive clip from the unnerving drama.

In the clip, which is titled ‘Satellite TV,’ Shaye‘s character, Joyce, informs her tenant, Bob, that she has recently upgraded their cable plan. Believing that he’s an avid football fan, she picked a package that includes a channel that’s entirely devoted to the game. But Bob, who’s played by Oliver Rayon, isn’t as happy by the news as Joyce expected, and he doesn’t immediately want to watch the network with her.

In addition to Shaye and Rayon, ‘Room for Rent’ also stars Valeska Miller and Ryan Ochoa. The movie was directed by Tommy Stovall, and written by Stuart Flack. The thriller will be distributed by Uncork’d Entertainment in select theaters on May 3, and then on digital on May 7.

Uncork’d Entertainment has released the following official synopsis for ‘Room for Rent’:

Lonely widow Joyce rents out a room to make easy money. She meets mysterious drifter Bob and takes him in as a long-term tenant. She becomes obsessed with her much younger guest, making him the object of her deepest romantic fantasies. When a friend’s betrayal derails Joyce’s fantasy world, she seizes control of her own destiny with a deadly mission to finally get what she deserves. 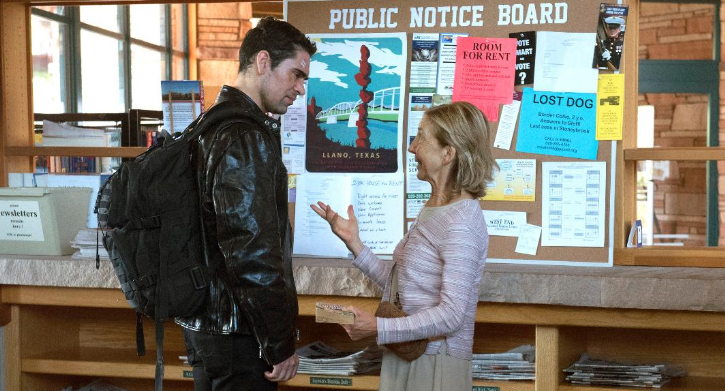