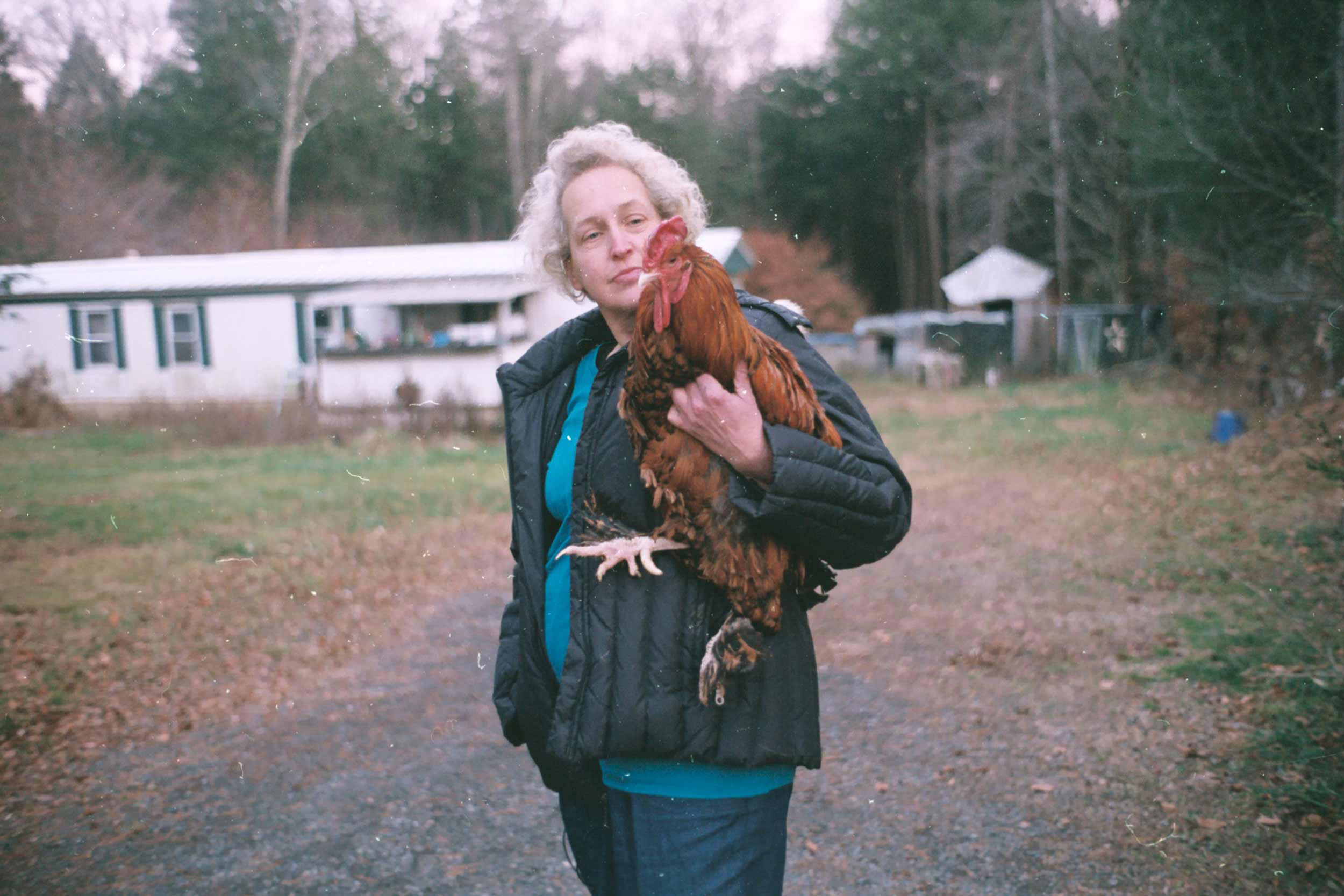 Although both the title and the early scenes make you think that this will be little more than another propagandistic tale of animal welfare, Richard Miron, who shot the documentary over a five-year period in Ulster County, New York, nails what it’s like to be a nonconformist in a village community, and the effects on a marriage of a 58-year-old woman’s hobby which could not have been pursued in any but a rural space.

Starring in the film, Kathy Murphy, obviously an animal lover, seems destined almost masochistically to bring about an end to a long marriage and the possibility of winding up behind bars should a prosecutor increase his reputation by fighting a woman who is obviously poor (note her missing teeth) and who has only the best intentions toward her pets. And what a world of quacks and cock a doodle dos! Kathy and Gary find a small duck in their yard, one which happily will never wind up on a hook in a New York Chinatown restaurant. A decade later, lo and behold, she has a menagerie of ducks, roosters, chickens, geese and turkeys that should make her a candidate for woman of the year in the town of Wawaring, New York. Her devotion to these pets is so unbounded that she is will not only destroy her marriage to Gary, who is hardly as enthusiastic as his wife, but is so consuming that she would die rather than lose them. Or so she said, because when the authorities got after her, calling her a hoarder who boards the birds in filthy conditions—feces everything, chickens in her bed, dirty water–she manages to stay alive but suffers not only a matrimonial crisis but the chance to be sentenced to a fine of $1000 and/or imprisonment for up to a year.

When officers from the Woodstock animal sanctuary, a beautiful place surrounded by a mountain range with grass and water everywhere, speak with her, they are sympathetic, at least more so than the judicial branch. When the long arm of the law closes in, she is defended pro bono by William Brenner, a country lawyer with as large practice and three assistants who also plays a mean banjo and sings “You Are My Sunshine” with the appropriate rural twang.

Things were better in previous days, at least from archival pictures we see of her wedding to Gary, a war veteran, which probably would have been stable for decades to come if the birds had not entered the story. When we see Kathy now, she is a veritable motor-mouth, defending her boarding of animals with such passion that we wonder whether she is bi-polar though with 100% of the time experiencing the manic stage. When the darkness lifts, we are happy to see that Kathy has let bygones be bygones and can look forward to caring for at least a legal percentage of her the animals that appear to share and return the woman’s devotion to them.