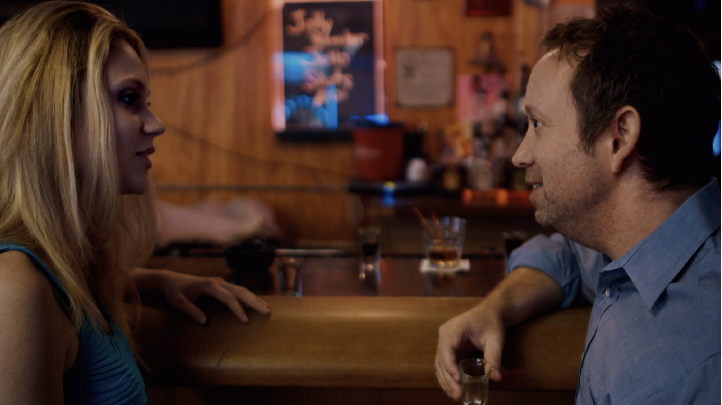 Amassing a legion of dedicated fans is one of the major allures for people who wish to garner fame. While excessive stardom initially appears to be appealing, as the popularity seems like it would validate people’s worth, it can also ultimately lead to their downfall. That’s certainly the case for actor Oliver Robins’ character in the new horror film, ‘Celebrity Crush.’ In honor of the drama having its World Premiere at this month’s Dances With Films, the thriller’s production company, Kyyba Films, has unveiled its debut trailer.

In addition to starring in ‘Celebrity Crush,’ Robins also wrote, directed and produced the movie. Alissa Schneider, Melissa McNerney, Jonathan D. Lee, Wade Williams and Eddie Craig also appear in the drama, which is set to premiere next Friday, June 21 at 11:45pm PT at the TCL Chinese Theatres in Hollywood.

Kyyba Films has released the following synopsis for ‘Celebrity Crush’:

When the B horror movie ‘Chain-Face Clown’ was released in 1985, no one knew the film would one day become a classic. Well, at least by a select group of horror movie fans. The film’s biggest fan, 29-year-old Emily Lynessa (Schneider), always knew she was going to meet and fall in love with Jonathan Blakely (Robins), an actor in his mid 40s who was the star of ‘Chain-Face Clown.’ Her plan is simple: Meet Jonathan at an up-coming signing for the DVD and lure him back to her home, where Jonathan will be imprisoned inside until he realizes Emily is the one for him.