A seemingly ideal proposition and its resulting situation aren’t always as perfect and serene as people may initially believe. That’s certainly the case for actor Matt Marsden’s character in the new thriller, ‘Disappearance.’ The protagonist’s vision of a seemingly picturesque vacation has become disastrous, and potentially deadly, in the film, whose official trailer has been released by its distributor, Gravitas Ventures. The trailer’s unveiling is supporting the movie’s release on VOD last week.

Gravitas Ventures has unveiled the following synopsis for ‘Disappearance’:

When author George Boulangé (Marsden) agrees to the wishes of his wife, Isabelle (Palm), and brings a young and beautiful waitress, Cecile (Dallender), from a café along for their weekend sailing trip, it becomes clear that he has agreed to do this for his own desires to stir up trouble. He also wishes to develop a plot for his new novel, and along the way, ultimately decides that he wants to discard Isabelle and replace her with Cecile.

Isabelle is forced to confront the fact that she is aging out of what George wants in a playmate and spouse, and knows that the only way to hold onto her relationship is to become the alpha in the relationship. But George fights back, forcing them into a game of one-upmanship.

Eventually, Isabelle, Cecile and the ship’s Captain (Thompson), join forces against George, and make their position clear. In the morning, he is reported missing, and Detective Kenny Park (Lee) must sort through everyone’s stories to determine if there was foul play, or if George simply left for greener pastures. 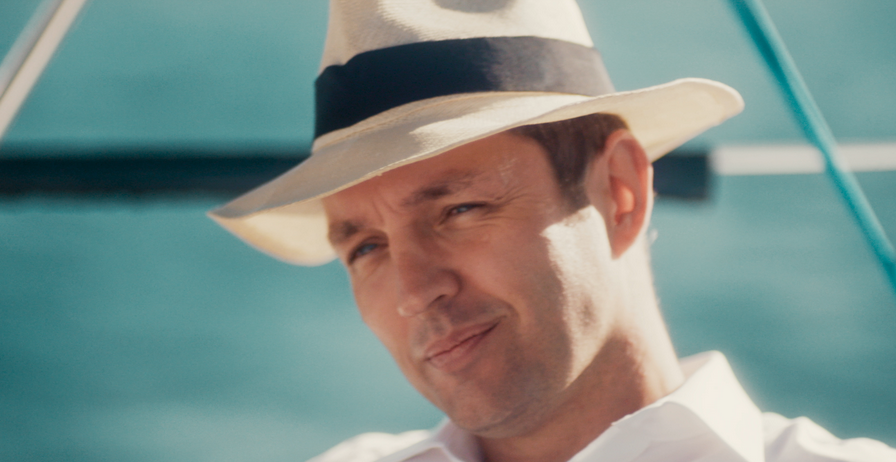