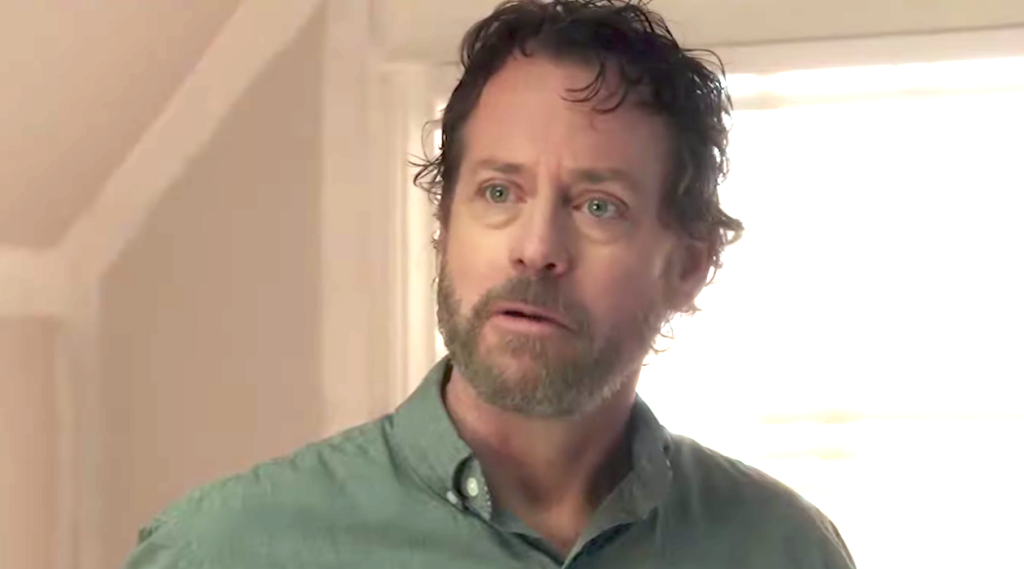 Socrates said that the unexamined life is not worth living. Phil (Greg Kinnear) takes the philosopher at his word, deciding to examine his own life for the first time. This gets him into heaps of trouble but in the final analysis by the conclusion of the movie “Phil,” he has examined his life and finds it worth living. It was not always so. The title character opens up the movie climbing over the guard rails of a bridge (the movie was photographed by John Bailey in Vancouver, Canada, standing in for Portland, Oregon), deciding whether to end it all. (

“Phil” is the directing debut of Greg Kinnear, coming across at least in the opening scenes as a vanity project as Kinnear has directed himself to be in almost every frame. The story picks up in tension, turning like so many theatrical comedies with serious overtones but with a satisfying finish.

In the story, Phil goes through the motions deliberately on auto-pilot since this is the way he suffers the emotional baggage of a depressed man. He has a dental practice and a daughter (April Cameron) who loves him, but since he is divorced he gets cannot see her as much as he would like. He has a brother, Malcolm (Jay Duplass) who cares about him. When Michael Fisk (Bradley Whitford) is in his dental chair, the patient comes across as a man who has everything, yet Fisk commits suicide by hanging himself, his limp body discovered by Phil who has stalked him for several days to get a take on why he is such a happy and fulfilled man. Phil is eager to know why such a person with a well-appointed house, a lovely wife Alicia (Emily Mortimoer), and stories of fun during vacations in Greece would do such a thing, so Phil pretends to be Fisk’s buddy Spiros from decades back, embedding himself in Alicia’s home and, while he’s at it, renovating the widow’s bathroom.

This is a small movie not without considerable sentiment, the broad comedy flowing into a philosophic consideration of life, examining but without solving one of philosophy’s fundamental questions: why are some people joyful, seemingly living and loving every moment, yet plagued underneath the surface emotions to be filled with anger at ourselves—which some psychologists believe to be the principal cause of depression. (We all know people who have it all are determined to kill themselves. Think of Carter Vanderbilt Cooper, Gloria Vanderbilt’s 23-year-old son, who commits suicide during a psychotic episode by jumping from the fourteenth floor of their Manhattan apartment.)

“Phil” maintains an appropriate balance between sentiment and seriousness coupled with broad comedy including Phil’s anxious attempts to maintain his fake identity by Greek-accenting his English, by dancing with a band of Greek-American men, and trying to answer one person, Jerome (Kurt Fuller), who asks him a question in Greek.

The writer, Stephen Mazur, is best known for scripting “Liar Liar,” a broad comedy featuring Jim Carrey in his best role, a lawyer who is unable to tell a lie (try to believe that). Emily Mortimer and Greg Kinnear enjoy their chemistry together until an unraveling of Phil’s fake identity inevitably takes place. You would have difficulty finding actors in Hollywood who radiate such nice-guy-ness as well as Greg Kinnear.