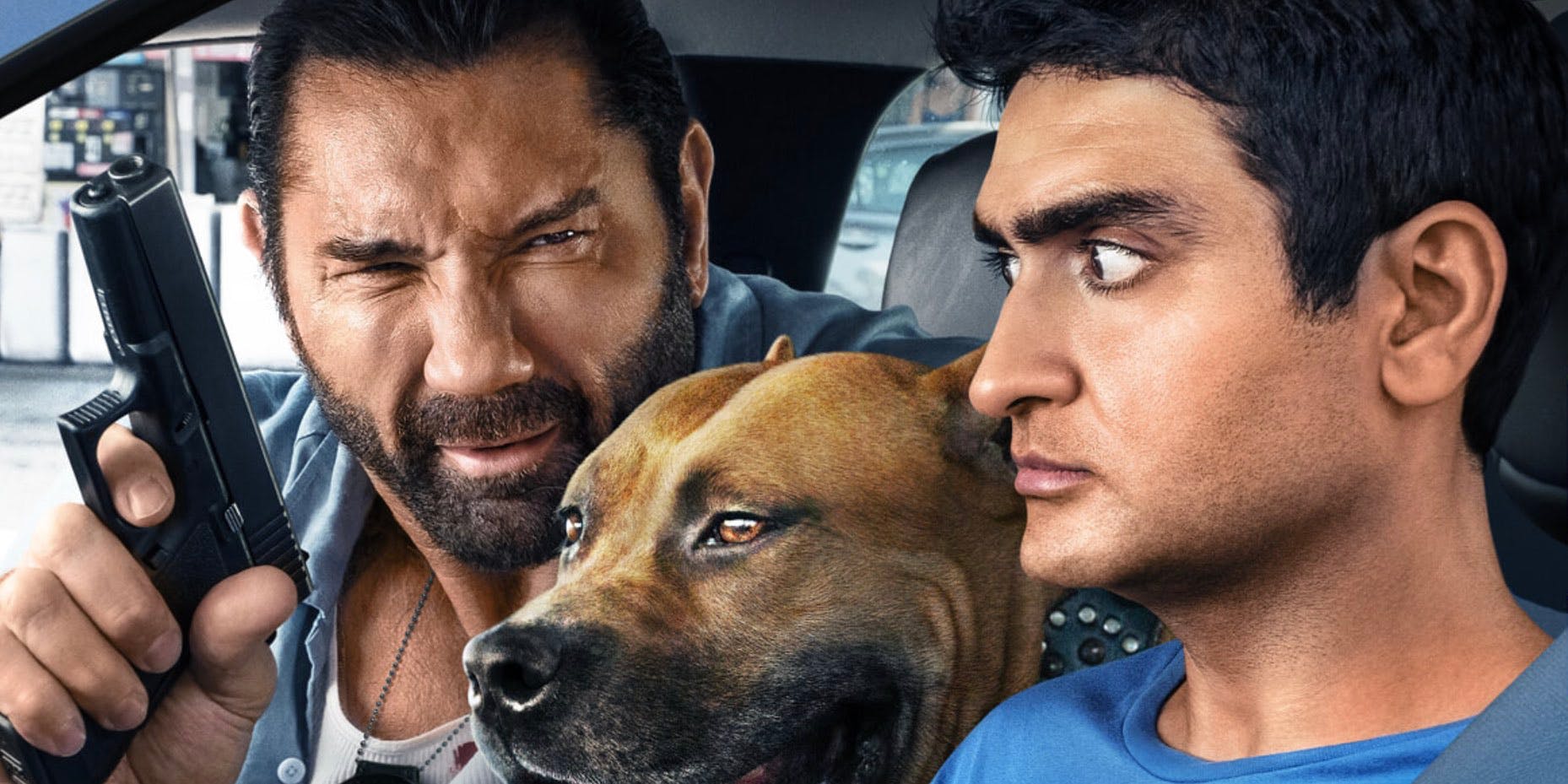 Nobody expects “Downton Abbey” or “Last Year in Marienbad” to open in the summer. We expect movies to take in our air conditioning with violence, with sitcom romances, maybe a few Marvel Studio entries. But “Stuber” represents a new low even for a July opening. It has the violence, the comedy, even a romance of sorts, but the funny parts aren’t, the violence leans toward the non-stop, the romance involves one of the principals emailing a woman he’s been dating, the woman virtually harassing him to come right over and they’ll “have sex.”

Co-star Karachi-born Kumal Nanjiani is best known as a stand-up comedian and for his role in “The Big Sick.” Time magazine calls him one of the hundred most influential people in the world, presumably because he is Pakistani-American, and newscasts rarely focus on Pakistan as one of the world’s centers for comedy. “The Big Sick” deals with cultural barriers; Nanjiani co-wrote that film with his wife Emily Gordon. This time, however, he faces off with a big guy who insists “I’m not white” the difference being of personality rather than ethnicity. Vic (Dave Bautista), a cop, is obsessed with finding and bringing to justice a drug dealer, Teijo (Iko Uwais) who killed his partner during one of the several fight scenes in the film.

The never-ending set-up for jokes takes off from Vic’s Lasik eye surgery, which leaves him legally blind for a day and obviously affects his ability to catch the drug dealers. His daughter Nicole (Natalie Morales) sets him up with a phone app to allow him to spend the day Teijo-hunting, but Vic, a virtual techno-phobe, instead hails an Uber driven by Stuber (Kumal Nanjiani), which is not his real name but a combination of “Stu” and “Uber.” The two share a fragile bond: if Stu does not do what the cop says, he may die at the hands of the criminals. Even worse, he will get a one-star review on Yelp, which could sink his career, as he had received a stack of one-star comments from racist passengers.

Believe it or not, in this comedy based on physical violence that has people slammed into walls, shot at, racing around to catch up with Teijo, there is a sentimental core. Two people who only intermittently show themselves not to be dumb as doornails advise each other on dealing with significant others. Stu is in love with Becca, a friend with benefits (Betty Gilpin), but is afraid to declare his secret love for the lass. Vic lets Stu know how to get around the dilemma. To square away an obligation, Vic is required to listen to Stu’s cajoling: Vic does not pay enough attention to his daughter, a sculptor, who in one scene has opened a show, her work going far over her dad’s head.

This road-and-buddy moves along the two drive around California, hitting spots in Koreatown and Compton among other areas. A struggle in a veterinary office, in which Vic winds up adopting a pit bull, does not lead to an arrest, and police captain McHenry may be other than she seems. The story, which lacks anything in the way of nuance and fills the screen with the kind of violence that some audiences are unable to get enough of, may remind you of those Amazon reviewers who say “I would have given this product zero stars if I could.”