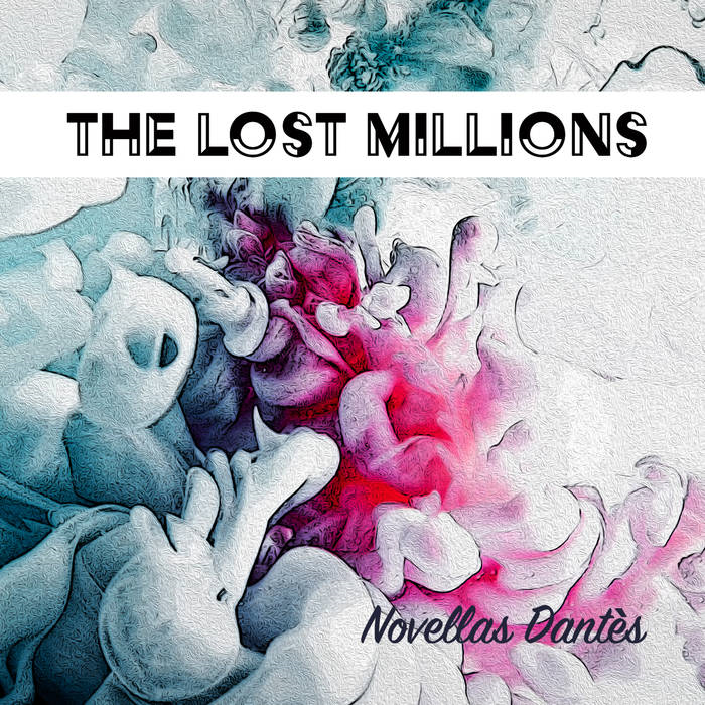 Naturally infusing diverse musical and lifestyle backgrounds together is often the perfect formula for bands who wish to create stunningly unique and meaningful journeys in their collections of songs. That’s certainly the case for Austin-based band, The Lost Millions, which is set to release its new five-track EP, ‘Novellas-Dantes,’ on September 17.

With ‘Novellas Dantes,’ the alt-rock Texas quartet, which is made up of singer Matt Westfield and instrumentalists Heath McBurnett, David Lines and Scott Bettersworth, crafted an exciting, intriguing and original follow-up to their 2017 debut album, ‘101.’ The title of their new EP refers to the character of Edmond Dantes, who was created by Alexandre Dumas for his novel, ‘The Count of Monte Cristo,’ which immediately represents The Lost Millions’ distinct nature. The four musicians turned their diverse musical backgrounds and creative tastes into a stunningly unique sound that takes their listeners on a journey through the sounds of pop, post-punk, rock and psychedelic country-blues.

While the group has crafted edgy music that encompasses the characteristics that are familiar to fans of all the varied genres they dabble in, the singer and instrumentalists also effortlessly infused the five entries on ‘Novellas Dantes’ with a sound that’s completely unparalleled on some levels. Westfield has noted that his group’s five new songs completely reflect where he and his bandmates are musically right now, and they all played a part in writing them.

‘Novellas Dantes’ starts off with the spellbinding entry, ‘See the Light,’ which immediately showcase the quartet’s hypnotic bass and drums. With the help of his fellow instrumentalists, Westfield begins to share the group’s sad stories of despair, which also captivatingly uplift their listeners with messages of hope at the same time, which is an intriguing mix. The subtle undertones of reason in the lyrics are enthrallingly supported by an interesting mix of blues, country and psychedelic rock on the guitars and drums, which are reminiscent of such diverse and distinct artists as ZZ Top, Eric Clapton and Jimi Hendrix. While the song’s instrumentation at times overtake the vocals of The Lost Millions’ singer, overall the band’s audience will surely recognize, and embrace, the tune’s powerful message of learning how to contend with restless feelings.

‘See the Light’ then delves into the EP’s sophomore track, ‘My Street,’ which features an alt-rock melody that’s alluringly infused with blues and country elements. Reminiscent of the retro-British-Invasion characteristics that made The Beatles so popular during the 1960s, Westfield’s edgy lyrics ponder why the person he was involved with still has to go after him, and walk down his street. The longest entry on ‘Novellas Dantes,’ which clocks in at just over five minutes, is naturally able to maintain the alluring beats and pulsating rock guitar riffs of its predecessor.

The Lost Millions’ upcoming EP then reaches its mid-point with its sizzling third song, ‘Wisdom of the Mad Priest,’ which is also inspired by a character in ‘The Count of Monte Christo.’ Driven by punk-inspired guitar riffs and intense drum beats, the alluringly rhythmic track drives reflects on things the quartet has seen and experienced.

‘Novellas Dantes’ then begins to wind down with its penultimate tune, ‘Mad at the Sun.’ Much like ‘My Street,’ the fourth song starts off with muted guitar riffs that soon transition into more intense and dynamic levels that are steeped in classic ’60s rock and blues-inspired vibes. Westfield and his bandmates maintain their powerful nostalgic expression in the second-to-last entry on their new EP.

‘Mad at the Sun’ is succeeded by ‘Complicated,’ which serves as the final track on ‘Novellas Dantes.’ The last entry on The Lost Millions’ upcoming EP is driven by dark undertones and a feeling of menace, which are set against captivatingly edge rock, blues and psychedelic-guitars. The throbbing bass line establishes the tune’s foreboding feeling, as well as its stark departure from its predecessors. Despite the angst and intensity that Westfield funnels into his depiction of the life struggles that he and his fellow musicians face, the song’s unique departure from its predecessors make it the best, and most memorable, track on the EP.

Effortlessly infusing varied musical and lifestyle backgrounds together is often the ideal formula for bands who wish to create stunningly unique and meaningful journeys in their collections of songs. That’s certainly the case for The Lost Millions and its upcoming EP. With ‘Novellas Dantes,’ the alt-rock Austin quartet created an exciting, intriguing and original follow-up to their debut album, as it immediately represents the band members’ distinct nature. The four musicians turned their diverse musical backgrounds and creative tastes into a stunningly unique sound that takes their listeners on an edgy adventure through the sounds of pop, post-punk, rock and psychedelic country-blues. That pilgrimage completely and powerfully reflect where the group is right now, both in their music and in life.

For more information on The Lost Millions, visit the band’s official website, as well as its Instagram and Apple Music pages.