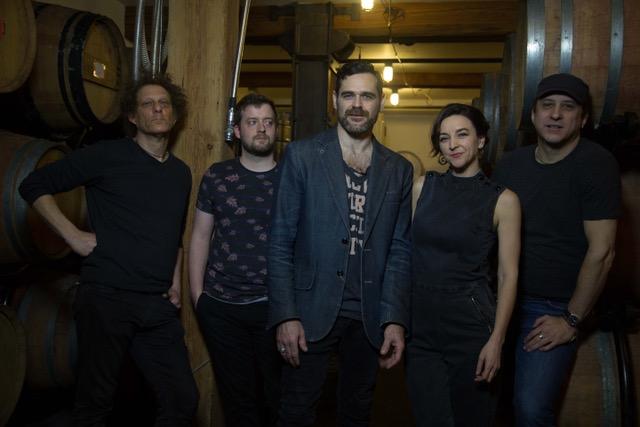 Transcending easily accessible local fame in an effort to instead bring attention to their dedication for their musical style, as well as their message of universal connectivity, on a far-reaching global scale, is an admirable journey for musicians to take. Indie rock band, Nimo & The Light, are stunningly sharing their powerful odyssey of sharing their passion with the world on their new album, ‘Don’t Feed The Pigeons.’ The alternative-pop record alluringly showcases how the New York-based quintet, which is led by singer Nimo Kally, strives to break free from societal norms, and pursue their own happiness.

‘Don’t Feed the Pigeons,’ which was released on April 3 on all digital platforms, serves as the group’s first full-length LP, following the distribution of its debut EP, ‘Espresso River.’ With its debut album, the band effortlessly leads its listeners through the treachery of the unknown. The nine-track record will undoubtedly leave audiences carefully considering supporting the musicians’ search of finding happiness, and working to maintain control of their lives, despite the challenges they regularly face.

Beginning with the equally energetic and mellow entry, ‘Stains,’ ‘Don’t Feed the Pigeons’ immediately proves what a versatile group Nimo & The Light has become since ‘Espresso River’s release. Driven by melodious guitar that gives off a relaxed and soothing feeling, the opening song features an infections rhythm and electric melodies that help listeners relate to Kally’s proclamation that everyone can maintain control of their life, despite the barriers and challenges they face. The psychedelic track, which takes its inspiration from Morrissey and Pink Floyd, easily sets up the haunting tone that the quintet features on the rest of their first LP.

The powerful ‘Stains’ then transitions into ‘Morpheus,’ which serves as the second tune on ‘Don’t Feed the Pigeons.’ It features blaring synths and bounching drums, and powerfully transcend many similar songs in the indie rock-pop genre. Also driven by subtle layers of psychedelic tinge, the track highlights Kally emotionally admitting that he’s a soul survivor who’s back to trying to his best in life to improve himself.

‘Morpheus’ is followed by the electrifying ‘Skin to Skin,’ which chronicles a forbidden love affair between a wealthy woman and her bodyguard. The entry, which serves as the album’s first single, and whose music video is now available, is driven by a rhythmic mix of soulful, funk guitars, bass, drums and percussion. While the narrative focuses on an illicit affair, the characters in the narrative have clear path of what they want to do in life, and they feel safe when they’re together, which makes the Depeche Mode-inspired song the best tune on the record.

Another intriguing song on ‘Don’t Feed the Pigeons’ is its seventh entry, ‘Form a Light,’ as Kally’s psychedelic vocals are enticingly supported by revving guitars, pulsating drums and funky synths. The classic 1990s rock-inspired song chronicles how the vocalist is reflecting on his life and realizing that he must change his ways, and a light is forming in order to guide him.

Nimo & The Light’s new LP begins to wind down with its penultimate track, ‘Down Below,’ which features an alluring blend of drums and keys that create an off-centered beat and haunting melodies. The captivatingly strong instrumentation helps evoke the sincerity in Kally’s vocals as he croons about knowing what he wants to look for in life. Despite his faults, he also knows what his worth is in life.

‘Don’t Feed the Pigeons’ ends with the stunningly relatable and meaningful tune, ‘Don’t You Fight It,’ which is driven by reverberating guitars that feature a darker vibe. The bold, atmospheric song contemplates the process of working to find a purpose in life. The politically-driven lyrics, which also question where global governments are leading society, makes the rock track an epic investigation into where the world is headed.

Transcending easily accessible local fame in an effort to instead bring their dedication for their musical style, as well as their message of universal connectivity, on a far-reaching global scale, is an admirable journey for musicians to take. Nimo & The Light is one such band that’s stunningly divulging their powerful odyssey of sharing their passion with the world on ‘Don’t Feed The Pigeons.’ The alternative-indie rock-pop album alluringly showcases how the quintet strives to break free from societal norms, and pursue their own happiness. The record will undoubtedly leave audiences carefully considering supporting the musicians’ journey of finding their own happiness, and working to maintain control of their lives, on their own terms.