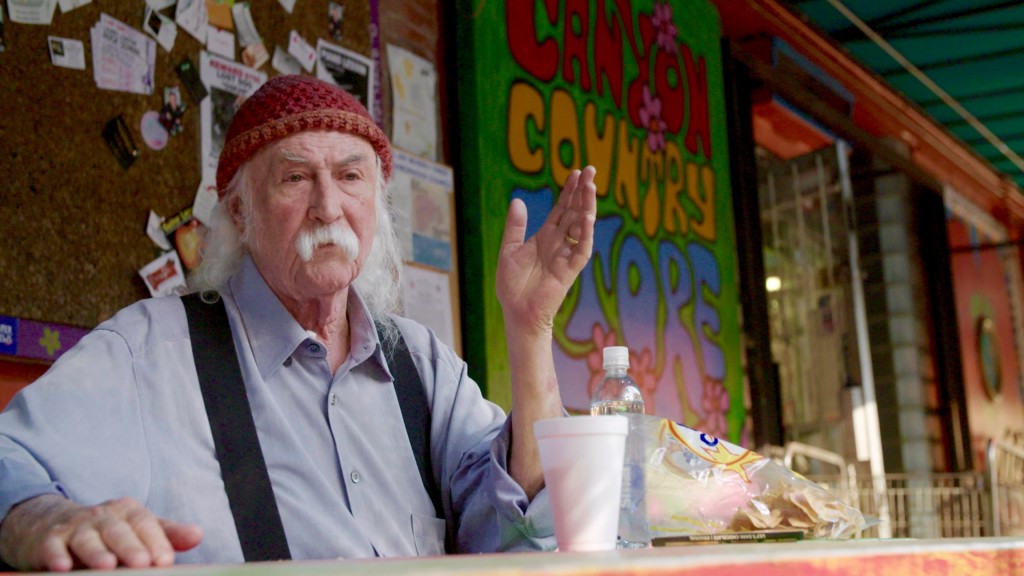 I thought I met a man who said he knew a man
Who knew what was going on
I was mistaken, only another stranger that I knew

And I thought that I’d found the light
To guide me through my night and all this darkness
I was mistaken, only reflections of a shadow that I saw

And I thought that I’d seen someone who seemed
At last to know the truth
I was mistaken, only a child laughing in the sun
Laughing: Lyrics & Music by David Crosby (1971)

David Crosby: Remember My Name is a play on his 1971 album: Laughing – If I Could Only Remember My Name. It was the debut solo album by Crosby, released that year by Atlantic Records and peaked at # 12 on the Billboard 200. It earned RIAA gold certifications for selling 500,000 copies in the United States. The album gained additional recognition in 2010 after being listed second on the Vatican’s “Top 10 Pop Albums of All Time”.

Remember My Name, a documentary, is Crosby’s Swan Song of sorts. At age seventy-seven this active singer, with long white hair and red wool cap, reflects on his solo career and his group membership at The Byrds, where he co-wrote: Lady Friend, Why and Eight Miles High. He also mentions Crosby, Stills & Nash where he produced: Guinnevere, Wooden Ships, Shadow Captain and In My Dreams. He remembers Woodstock, his induction into the Rock and Roll Hall of Fame, involvement in the 1960’s counterculture and his decline into life fueled by drugs that led to incarceration in a Texas state prison for possession of heroin and cocaine.

Currently married to Jan Dance Crosby does not fail to mention his stormy relationships with Joni Mitchell, who walked out on him, as well as Christine Hinton, who died at a young age in car accident, and Debbie Donovan. After his dismissal from The Byrds he purchased Mayan, a 59-foot boat, and sailed into the Pacific, where he wrote some of his best work: Wooden Ships, The Lee Shore, Page 43 and Carry Me.

The diversified life events of Crosby were skillfully edited by Elisa Bonora and Veronica Pinkham, with the use of black and white animation by Billy Woodward and cinematography by Ian Coad and Edd Lukas.

Here is a question for director A.J. Eaton: what about the music? There is simply not enough of it! Why not?