Actress Liana Liberato is battling the curse brought on by the lethal game of ‘Light as a Feather’ in the thriller’s second season. The performer’s protagonist is once again battling disaster, as the new season is premiering its first eight episodes today on Hulu. The evil plaguing her life is set to continue when more episodes are released on the streaming service on Friday, October 4.

Season 2 of the drama series, which is produced by AwesomenessTV (‘To All the Boys I’ve Loved Before’ and ‘Trinkets’ streaming on Netflix, and ‘Pen15’ streaming on Hulu), follows Liberato’s character, McKenna, as she’s dealing with having inherited the curse of ‘Light as a Feather.’ She finds herself plagued by the mysterious chrysalis on her back, a ticking clock compelling her to play a new round of the title game. But McKenna refuses, unwilling to put anyone else in harm’s way. However, as the curse begins to destroy her from the inside out, she’s forced to turn to the only person who can possibly help her-Violet (Haley Ramm).

In addition to Liberato and Ramm, ‘Light as a Feather’ features such returning cast members as Brianne Tju as Alex, Jordan Rodrigues as Trey, Brent Rivera as Isaac and Dylan Sprayberry as Henry. The new cast includes Katelyn Nacon (‘The Walking Dead’) as Sammi, Froy Gutierrez (‘Teen Wolf’) as Ridge, Adriyan Rae (‘Atlanta’) as Peri, Alisa Allapach (‘The 15:17 to Paris‘) as Amanda, Kira Kosarin (‘The Thundermans’) as Nadia, Alex Wassabi (‘Wassabi’) as Luke, Robyn Lively (‘Teen Witch’) as Deb and Alan and Alex Stokes (‘Brobot’).

‘Light As A Feather’ was created and executive produced by R. Lee Fleming Jr. The current second season features several female directors, including actresses Shiri Appleby (‘UnREAL,’ ‘Roswell’), who worked on episodes five and six, and Joanna Kerns (‘Growing Pains’), who helmed episodes one and two. 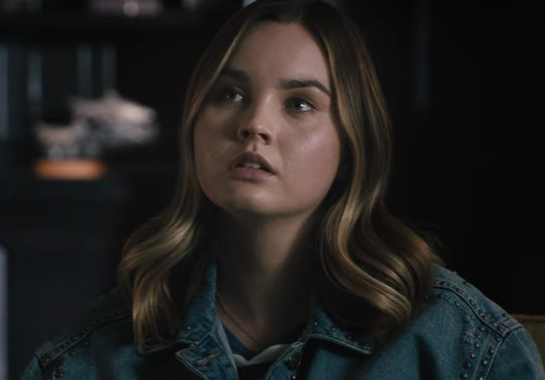 Hulu has released the official trailer for Season 2 of its thriller series, 'Light as a Feather,' which stars actress Liana Liberato.