Genre fans’ appetite for monsters, mayhem and even humor will sure to be satisfied in the upcoming horror comedy, ‘Satanic Panic,’ whose official assets have been unleashed. In honor of the movie’s release in theaters, as well as On Demand and digital, on September 6, its distributor, RLJE Films, has unveiled the feature’s official trailer and poster.

‘Satanic Panic,’ which had its world premiere at the Overlook Film Festival in May, stars Hayley Griffith, Ruby Modine, Rebecca Romijn, Arden Myrin and Jerry O’Connell. The horror comedy was directed by Chelsea Stardust, and written by Ted Geoghegan and Grady Hendrix.

RLJE Films has released the following synopsis for ‘Satanic Panic’:

Sam’s (Griffith) first day as a pizza delivery driver is not going according to plan. At the end of a long day and not enough tips, her last delivery turns out to be for a group of Satanists looking for someone to sacrifice. Now in a fight for her life, Sam must fend off witches, evil spells and demonic creatures, all while trying to keep her body – and soul – intact. 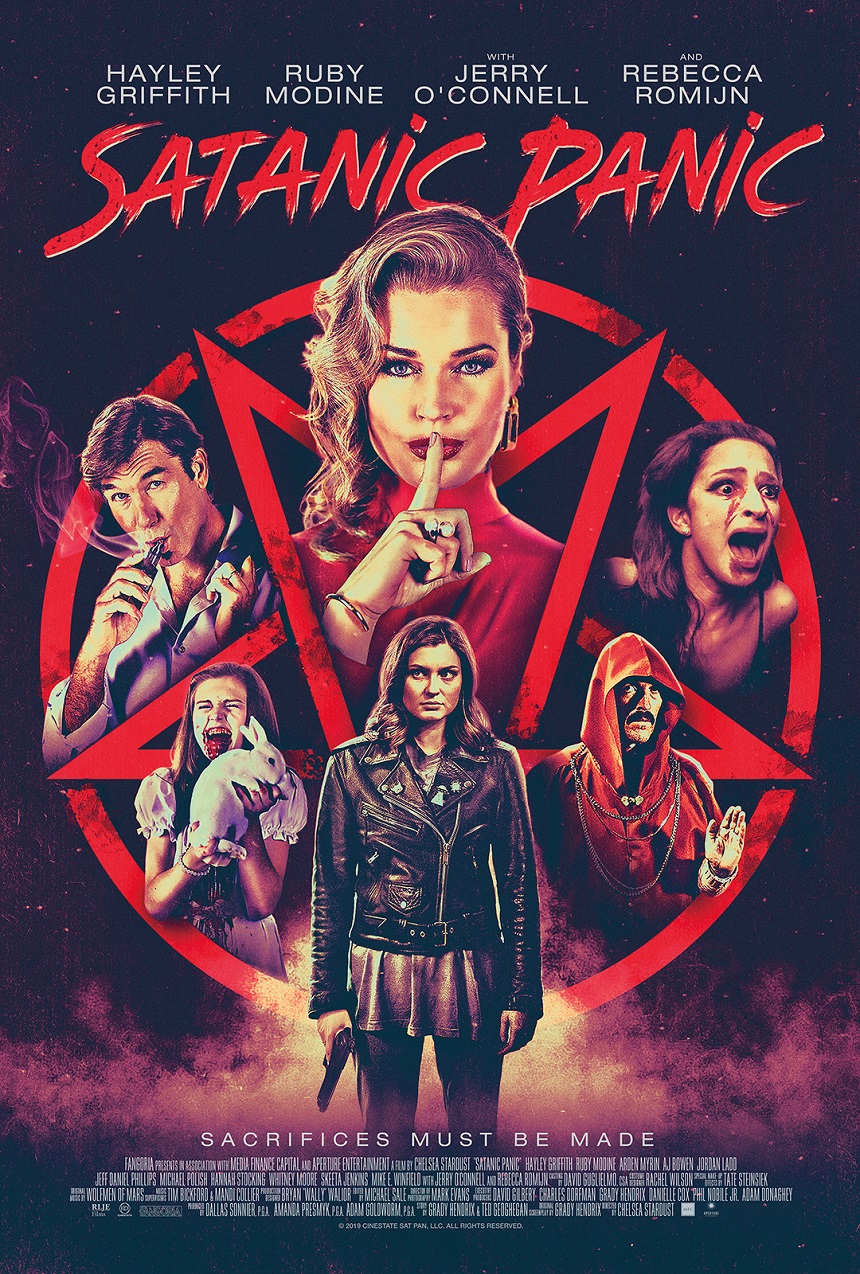