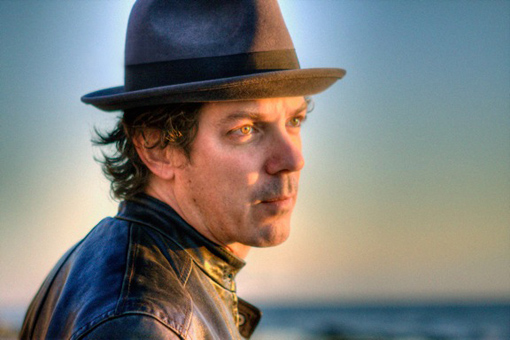 Even the happiness that accompanies the experience of falling and being in love, as well their true place in society, can be in part fueled by conflict for many people. Nashville-based pop and Americana singer-songwriter, Mark Huff, has infused true moments of honesty about the bliss, as well as the equally powerful trials and tribulations, of divinely inspired breakthroughs about life and identity into his upcoming tenth solo album.

The new record, which is set to be released in early 2020, will features rock, electric and country-fueled songs. Huff, who has drawn inspiration for his tunes from some of his favorite musicians, including Muddy Waters, The Rolling Stones, The Doors and Neil Diamond, has distributed a two-track teaser EP, in anticipation of his next full-length album. Like his highly acclaimed 2018 full length record, ‘Stars For Eyes,’ the musician retreated to one of his favorite remote spots in the mountains to reflect on his advancements and self-discoveries while working on his upcoming LP.

While his songwriting process on his upcoming album may have been similar to the method he took while scribing ‘Stars For Eyes,’ Huff has revealed that he took a very unique stylistic approach on his latest tracks. On his last record, the singer-songwriter infused keyboards, pedal steel and backing vocals into the tunes, which featured an overall ethereal feel. But for his new project, he focused on a louder, more muscular sound, which is dominated by the electric guitar. Huff thrives on approaching storytelling from a different perspective on every album he creates, because he’s had so much life experience throughout his 30-year musical career that has inspired his thoughts and perspectives on the world.

Huff’s recently released two-track teaser EP begins with the thoughtful and contemplative song, ‘Made By Hand,’ which features an intriguing blend of Biblical and gruff rock guitar wails. The vocalist powerfully croons about reflecting on the fight for survival that everyone must engage in life. The track, which the scribe was inspired to write after he read and meditated in solitude on the Psalms, penned the lyrics from the point of view of God reflecting on both the grace and beauty of creation, and the difficult challenges mankind presents.

The overall tune’s melancholic melodies and lyrics are very contemplative and otherworldly, as Huff sings such lines as “walking on water feels just like land, when everything is made by hand” during the chorus. Supported by engaging electric and soulful guitar riffs, a peaceful piano and mellow drum beats, the singer’s emotional vocals truly shine through.

‘Made By Hand’ then transitions into ‘Breaking Through,’ the sophomore track on the musician’s new preview EP, which he refers to as the “B-side.” Drastically different from its predecessor, the second song thrives on the country twang that leads Huff’s vocals and guitar. The spirited, high energy rock tune has the potential to become a commercial hit, as he croons that he’s not the typical country singer, and insists that he can make it on his own. The lyrics emphasize Huff’s determination to stand his own ground about not getting too deep into a relationship.

The songwriter came up with the track’s melody while he was driving to Ten Four Recording in Nashville for a session. As he then began recording the tune, its production effortlessly began to sound as though it came straight off a an ’80s movie soundtrack, between its animated beat, lively and confident vocals and retro synths and guitar riffs. Aided by a blazing rock-n-roll vibe, Huff asserts his identity in a competitive world.

The musician’s charismatic talents, including his poetic sensibility as a singer, songwriter and guitarist, have allowed him to craft a unique blend of vocal and instrumental sounds and storytelling depth on his latest tunes. Huff has once again effortlessly infused true moments of honesty about the bliss, as well as the equally powerful trials and tribulations, of divinely inspired breakthroughs into the two tracks on his new pop-Americana-electric preview EP. The alluring vocal, lyrical and instrumental versatility that he infuses into both ‘Made By Hand’ and ‘Breaking Through’ proves yet again what a talented musician that Huff truly is, and that he deserves every bit of success he has achieved throughout his career.