The attorneys are joined at the hip–and embroiled in a seemingly endless series of scandals, from Harvey Weinstein, to the Florida Cannibal, to spooky daughter Lisa Bloom, their trail is littered with investigations and serious questions 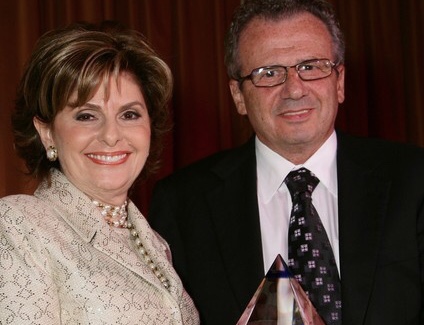 But there are plenty of times people would say they were on the wrong side of the good fight.

In 1997, they repped model Kelly Fisher just as the Princess Di and Doi Fayed romance became a media sensation. Allred and Goldberg helped her give a press conference and announce a suit for “breach of contract” because she thought they were engaged. The move turned up the tabloid heat on the Princess’ fairytale romance. They chased by paparazzi to their deaths in a Paris tunnel months later.

And what about Britney Spears? Troubled icon to millions of girls? At her lowest point, clearly having mental health issues due to the pressures of being a public figure, Allred and Goldberg decided to strike. They took on the case of her former trusted bodyguard Tony Barretto. Supposedly he was concerned for the safety of her two toddlers–but then why did he wait to tell anyone about it if they were in imminent danger until Allred and Goldberg could file a suit and book him on the Today show? They also seem to have violated court orders governing family law at the time.

Allred is being investigated by the District of Columbia Bar and the California State Bar over in what certainly looks like a conflict of interest where she was representing weatherman Kyle Hunter’s claims against CBS even as she negotiated with the network for her own miniseries based on her life, which would have given her a lucrative role as Executive Producer.

According to California legal ethical rules, attorneys are not supposed to pursue personal interests that conflict with their client’s interests unless they get approval from their client. Hunter said in a statement that “Allred severely injured me and my family and refuses accountability.” Did she deliberately both Hunter’s case? All he knows is that he was hit with SLAPP rules and a bill for CBS’ $800,000 in legal fees.

The firm is also named in another California investigation filed by the late attorney Barry Rothman. Rothman submitted evidence to the state bar that a potential witness in a case against FilmOn Network’s CEO Alki David received phone calls from a male saying he worked for Allred and Goldberg. The man was pressuring the FilmOn employee to become a witness for the case they were building, and he was offered money. This would seem to contradict Nathan Goldberg’s statement about “ambulance chasing” to The New Yorker magazine in 2017, “She should have a bumper sticker that says ‘gloria allred: i don’t call anybody.’ ”

Allred and Goldberg were most recently in the news as damning information about Allred’s daughter Lisa Bloom exploded in the news. Revelations about her time working for Harvey Weinstein, during which she reportedly fawned over him like a lovesick fan, rocked the world that had believed her to be a stalwart Femnist and one of the architects of the MeToo movement. (Instead she mocked her past clients, basically admitting many had lied about their harassment claims against various defendants. And put forward a plan to trash Rose McGowan in the media to discredit her rape allegations against Weinstein). Goldberg and Allred could not resist taking some Weinstein money either. In 2004, the New York Times reporters revealed, they settled a claim and pocketed 40% of the payout from Wienstein.

It doesn’t stop there. Allred and Goldberg also represented Beverly Young Nelson in her claims against Judge Roy Moore of Alabama. Now, no one wants to defend a pedophile, but when it came time for Allred to prove Moore’s signature in Nelson’s high school yearbook was real, she wouldn’t, couldn’t, and in fact released statements saying it didn’t matter if it was real or not.

Many criticized Allred and Goldberg for potentially ruining legitimate claims against Moore “Look, they want to focus on Gloria Allred’s accuser. Which, politically I understand. Gloria Allred has got a reputation for basically: ‘Oh, there’s cameras over there? Let me see if I can find a client and go do that,’” slammed host Chuck Todd on MSNBC. “I’ll tell you, if she’s faked this or this is a fraud accusation, you’re really doing a disservice to the four women who clearly weren’t comfortable speaking out and wanted to…”

That’s the kind of thing that is very destructive to the MeToo movement and those who it seeks to help. The more flashy celebrity attorneys flaunt sketchy evidence, or stretch the truth, as Allred and Goldberg, and indeed her daughter Lisa Bloom, reportedly have, the harder they make it for women seeking justice.

“Do they do it for the money? For their ego?” said one law journalist who has followed them for years. “Sometimes I think it’s all just an elaborate marketing ploy–to get the next big client and their own TV shows–never mind if their own client gets hurt along the way.”