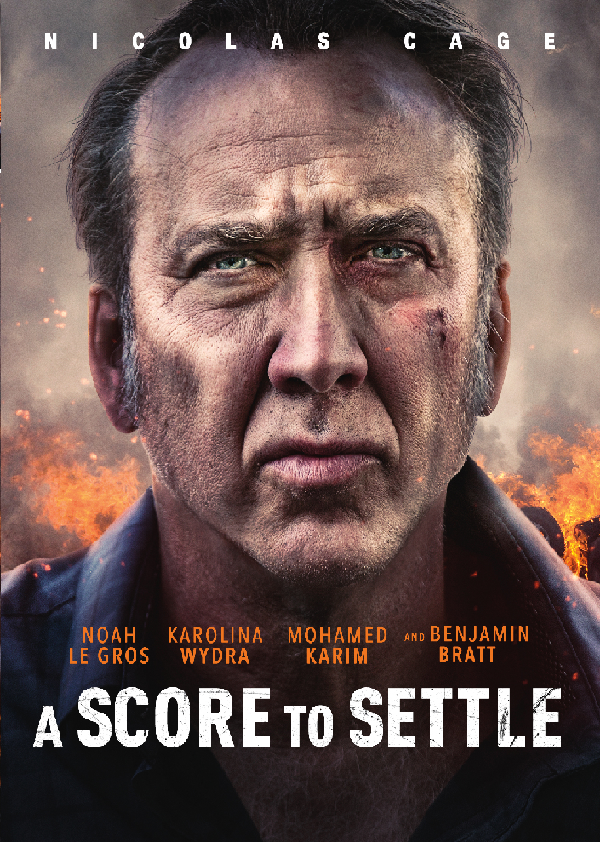 The DVD cover for director Shawn Ku’s action thriller, ‘A Score to Settle.’

Nicolas Cage is plotting a bloody course of revenge against the members of his old gang in his latest action drama, ‘A Score to Settle.’ His retaliation comes home when RLJE Films releases the thriller on September 24 on DVD and Blu-ray, for an SRP of $29.96 and $29.97, respectively. The ‘A Score to Settle’ DVD and Blu-ray include the following bonus features: Story & Character, On set and Sins of the Father.

In honor of ‘A Score to Settle’s disc release, ShockYa is offering three lucky winners a DVD of the movie. To enter, email us at ShockyaGiveaway@aol.com. Let us know that you’re entering to win the ‘A Score to Settle’ DVD giveaway in the email’s subject line and message. You have until next next Tuesday, September 24, the day of the disc distribution, to enter, and you can enter the contest once daily. On September 24, we’ll pick the winners at random, and notify them through email. Good luck!

RLJE Films has unveiled the following synopsis for ‘A Score to Settle’:

Diagnosed with a fatal condition, Frankie Carver (Cage) is released from prison after serving 19 years of hard time. With only a short time left to live, Frankie must desperately try to make amends with the son he left behindm while he plots a bloody course of revenge: tracking down his old gang to make them pay one by one.