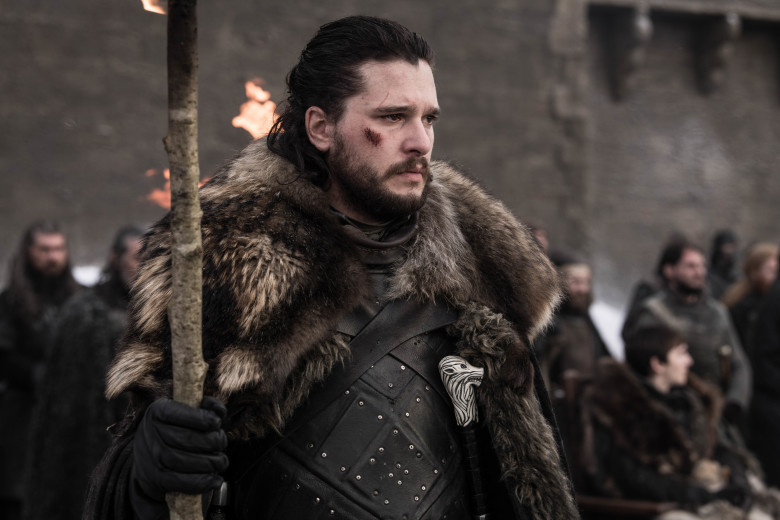 Casts and crews of all merits from television will surely shine bright during next week’s anticipated Emmy Awards ceremony, but there are certain actors, actresses and programs that are truly standing out amongst their competitors. The 71st Primetime Emmy Awards show, which is set to air live this Sunday, September 22, at the Microsoft Theater in Downtown Los Angeles, is Hollywood’s highest recognition of excellence in television achievement from the 2018-19 season. There are several shows that critics are buzzing about this Emmy season, which are leading the odds in such categories as Outstanding Lead Actor, Actress and Series, in both the comedy and drama categories.

With less than a week until the 2019 Emmy Awards ceremony airs on FOX, Bill Hader has become the top contender to win in the Outstanding Lead Actor in a Comedy Series category, for his portrayal of the title character in the HBO show, ‘Barry. The actor is at the top of the list to hear his named called on Sunday night. He has the potential to edge out his fellow nominees, including Michael Douglas (‘The Kominsky Method’), Ted Danson (‘The Good Place’), Don Cheadle (‘Black Monday’), Anthony Anderson (‘Black-ish’) and Eugene Levy (‘Schitt’s Creek’).

Hader has become a frontrunner for his turn as Barry in the comedy’s second season, after he won the trophy in the same category last year. The ‘Saturday Night Live’ alum has not only expanded his sketch comedy experience into a truly intriguing performance on his current series, but has also garnered critical acclaim for his turn as the adult Rich in this month’s hit supernatural horror sequel, ‘It Chapter Two.’

In the Outstanding Lead Actress in a Comedy Series category for this year’s Emmy Award ceremony, Julia Louis-Dreyfus is once again the favorite to be honored. She has won the trophy six times out of eleven nominations in this category throughout her career. She was first honored in 2010 for her turn as the title character in ‘The New Adventures of Old Christine.’ She then went on to win all six times she was nominated for her role of President Selina Meyer in ‘Veep,’ which has set a record in Emmy Award history. The HBO show’s main star’s major competition in the category is Rachel Brosnahan for ‘The Marvelous Mrs. Maisel,’ who won the trophy last year. (Louis-Dreyfus wasn’t nominated, as ‘Veep’ was on a gap year).

Another category to have tough competition is Outstanding Comedy Series, as it puts shows with a lot of history, such as ‘Veep’ and ‘Schitt’s Creek’ against newer favorites like ‘Russian Doll’ and ‘Fleabag.’ Fans have missed ‘Veep’ during its year off the air, and it won the category the last three times it was nominated, while ‘The Marvelous Mrs. Maisel’ was honored with the trophy last year. Even with ‘Barry’ as the dark horse and ‘Russian Doll’ as the wild card, ‘Veep’ is the most critically honored comedy of the group.

Moving to the dramatic side, another HBO series, ‘Game of Thrones,’ is set to dominate the 2019 Emmy Awards ceremony. The show, which concluded its eighth and last season on May 19, is the favorite to be honored with the 2019 Emmy Award for Outstanding Drama Series, after it won the trophy in the category last year. As one of the most beloved and successful productions in television history, the drama is set to beat out other critical and fan favorites, including ‘Killing Eve,’ ‘Better Call Saul,’ ‘This Is Us,’ ‘Ozark’ and ‘Pose.’ Winning the top honor during the awards show will further guarantee the cable series’ legacy, after it received a record-breaking 32 nominations this year.

The Emmy Award for Outstanding Lead Actor in a Drama Series is a much closer category, however, as the odds are neck-and-neck between Jason Bateman for his portrayal of Marty Byrde in the Netflix show, ‘Ozark,’ and Bob Odenkirk, for his turn as the title character in AMC’s prequel spin-off, ‘Better Call Saul.’ Bateman, who was nominated in this category last year, has a chance to win the Emmy next week, after he was honored with this year’s Screen Actors Guild Award. But this is Odenkirk’s fourth nomination for his portrayal of Saul, so he may be the lead contender. The race is somewhat unpredictable, as Matthew Rhys, who won the category last year for the last season of FX’s ‘The Americans,’ is out of this year’s competition.

The last highly debated and discussed Emmy Awards category is for Outstanding Lead Actress in a Drama Series. Sandra Oh has become an awards-show darling since her debut in the British spy show, ‘Killing Eve,’ last year. She has already won a Critics’ Choice Award, a Golden Globe and a SAG Award for her performance as the title character in the BBC America thriller. Although she lost in the category at last year’s Emmys ceremony to Claire Foy for her turn in ‘The Crown,’ the latter actress is out of the running this year, as she has completed her performance as Queen Elizabeth II.

Oh’s biggest competitor in this year’s competition is Emilia Clarke, the beloved ‘Game of Thrones’ star. But Clarke was surprisingly omitted from this category for each of the drama’s previous seven seasons, and her character, Daenerys Targaryen, received criticism this season. So it’s likely Oh, a veteran television actress who first received widespread recognition in 2005 when her other hit television drama, ‘Grey’s Anatomy,’ debuted, will finally win an Emmy.

With less than a week left before this year’s Emmy Award winners are announced, the nominated casts and crews are down to the wire to finish campaigning for their shows. While the odds still have time to change before the ceremony, such series as ‘Game of Thrones,’ ‘Killing Eve,’ ‘Veep’ and ‘Barry’ seem the most likely to hear their names called as the winners on the Microsoft Theater stage.