According to Refinery 29, Elizabeth Taylor, whose ill-conceived lawsuit against Alki David ended in a mistrial two weeks ago, may be looking to bail on the embattled TV attorney; Mom Gloria Allred worried clients will fire her too 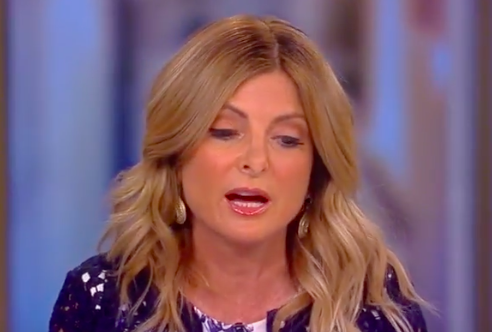 The media has been scathing about Lisa Bloom ever since the book She Said was released–written by two New York Times reporters. Wonkette’s headline was “This is a BAD Feminist” and opens with the line, “So, Lisa Bloom fucking sucks.” Celebrities turned on her too, including Mandy Moore, Busy Philipps, and Kathy Griffin.

But Refinery 29 broke the news that client Elizabeth Taylor is likely to fire Bloom–especially considering her attempt to sue FilmOn exec Alki David ended in a humiliating mistrial earlier this month. The trial featured Taylor’s own mother tripping over her accounts and testifying she thought Taylor’s health problems were caused by the suit itself, not her brief employment at FilmOn. Several other witnesses blew up in Bloom’s face, including Taylor’s Jacksonville, FLA shrink who has kept her on dozens of meds for the last 7 years.

Other clients who may consider firing Bloom include Chasity Jones, whose case against David is being appealed in L.A. Superior Court. Jones was paraded around morning TV shows by Bloom like some kind of cheap marketing gimmick and told to brag about what she will do with the money she wins–despite the fact the case is certain to be overturned on the appeal (according to Shockya’s legal experts).

Jones was a witness at Taylor’s trial and became completely “unglued” (to use a favorite term of Lisa Bloom’s) on the stand as her bungled account of working at FilmOn contradicted Taylor’s allegations.

Bloom’s dirty tricks on behalf of Weinstein may have even included a plot to plant cocaine in Rose McGowan’s wallet at Dulles Airport in Washington D. C.

Griffin is one former client who won’t be taking Bloom’s calls anytime soon. Grffin Tweeted after the Bloom/Weinstein memo came out reminding how used she felt by Bloom and the $40,000 invoice she got after their disastrous press conference.

Mandy Moore said on twitter that the Bloom memo “Turned her stomach.” While Busy Philipps said even more, “Stunning? Sickening? Gut wrenchingly awful?? Rage inducing?” she said, and then getting right to the point, “Not to mention, how beyond horrible if you are are a victim she currently represents.”

Most recently Los Angeles magazine published a 3000 word story by rising star journalist Samuel Braslow that gave an entertaining blow by blow account of the battles between Lisa Bloom and Alki David. What’s clear from the story is that Bloom is becoming “unglued” herself.