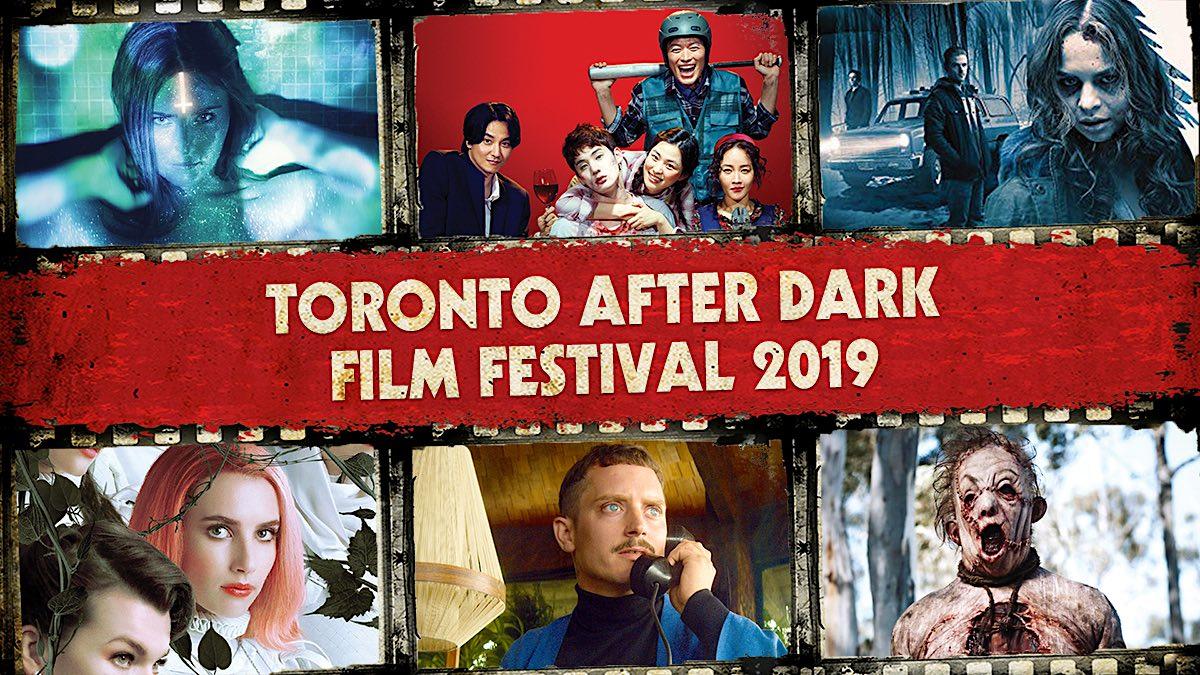 The Toronto After Dark Film Festival has officially announced its first wave of 10 movies that will screen during its upcoming 14th edition. The 2019 lineup will include some of the most critically acclaimed and anticipated new horror, sci-fi, action and cult features and shorts from this year’s international film festival circuit. The movies will all screen during the film festival between October 17 and 25 at the Scotiabank Theatre, which is located in downtown Toronto (259 Richmond Street West).

ShockYa is happy to be promoting this great genre festival again this year, after attending and covering Toronto After Dark since 2015! With the festival commencing in less than a month, we’re offering an insight into some of our most anticipated movies that will screen during this year’s edition:

Set in small town Ireland, ‘Extra Ordinary’ follows Martin (Barry Ward), a frazzled single father who enlists the help of Rose (Maeve Higgins), a part-time mystic, to try and communicate with the ghost that’s haunting him. It’s not long before the pair find themselves attracting the attention of another occultist, Christian Winter (Will Forte), who has more sinister plans and then things get really creepy. The horror-fantasy-comedy has won numerous awards since its debut at SXSW.

Over an increasingly bizarre weekend at a remote cabin by the woods, Norval Greenwood (Elijah Wood) tries to reconnect with his estranged father, Gordon (Stephen McHattie). But dad seems to have got himself into all sorts of criminal trouble, and it’s not long before he’s also roped his nervous wreck of a son into a bloody, crazy and terrifying ordeal in the horror-thriller that also features dark comedy. The Tribeca Film Festival hit is the latest hit from Timpson, who previously produced Toronto After Dark hits ‘Deathgasm’ and ‘Housebound.’

‘Witches in the Woods’ (Canada)

In the chilling new horror film, a group of students who take a winter roadtrip to the remotest woods they can find, as they’re looking for the perfect untouched snow for a fun snowboarding adventure. But as they enter Stoughton Valley, home to a series of historic witch Trials even more infamous than Salem, their SUV mysteriously breaks down. Soon the group realize they must not only avoid the deadly cold, but something far more terrifying in the woods: a sinister supernatural spirit that’s trying to possess them and lead them to their deaths!

Australian horror makes a bloody welcome return to Toronto After Dark with festival circuit hit ‘The Furies!’ In this terrifying blend of ‘The Hunger Games’ and ‘The Texas Chainsaw Massacre,’ a group of kidnapped young women wake up in a strange woodland, which they soon come realize is also a deadly arena. They’ve been automatically entered into a contest where they must fight for their lives against a group of masked psycho killers, who each have their own signature method of killing.

Toronto After Dark‘s scary fun closing gala film, ‘The Wretched,’ comes from Brett and Drew Pierce, who previously delighted audiences with their zombie comedy hit ‘Deadheads.’ In their new film, a young mom brings a dead animal carcass home from the woods, which unleashes a ferocious evil force that takes possession over her and her family. In the vein of the cult classic ‘Fright Night,’ only the teen boy next door notices that something’s not quite right with the neighbors. So he decides to fight the evil back, and hopefully win over a local girl he has a crush on in the process.