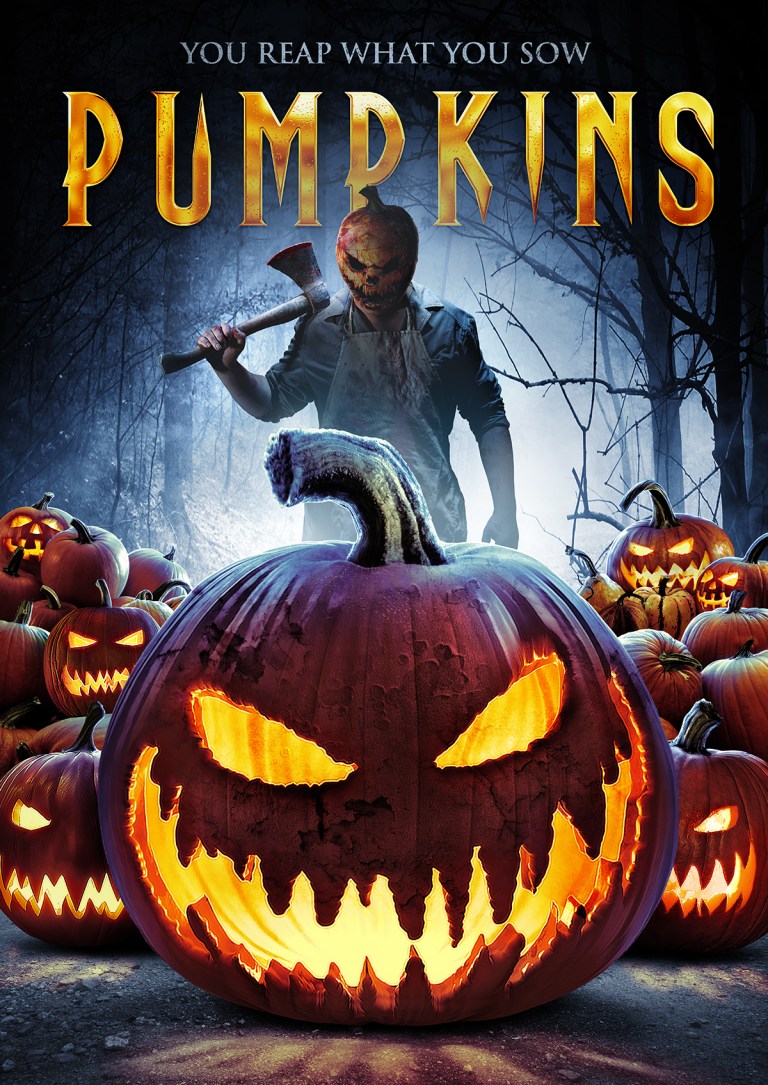 Heads are starting to roll, as a local farmer has become the victim of a horrible joke gone wrong. Bloody revenge becomes the only way to satisfy the monster he has transformed into, which is showcased the official trailer for the upcoming horror movie, ‘Pumpkins.’ The newly released trailer is promoting the distribution of the atmospheric drama, which is set to be unleashed on digital and DVD on October 15 by High Octane Pictures.

‘Pumpkins’ follows the farmer, who’s assisted by his beloved pumpkins, as he discovers that spilling blood is his new found glory to anyone who dares to trespass on his private land. Unfortunately for a group of innocent survivalists, their survival skills are soon put to the test, and the local villagers are soon dragged into the bloody fight.