Genre fans are preparing to battle back against evil with the upcoming massive digital release of seven frightening movies throughout October. RLJE Films has partnered with Shudder, AMC Networks’ streaming service for horror, thriller and the supernatural, to distribute ‘Gwen,’ ‘Last Ones Out,’ ‘The Nightshifter’ and ‘Ruin Me’ this Tuesday, October 8, as well as ‘The Noonday Witch,’ ‘Satan’s Slaves’ and ‘Terrified’ on the following Tuesday, October 15.

In honor of the seven features’ digital releases, ShockYa is offering two lucky winners two iTunes codes-one code for each horror drama. To enter, email us at ShockyaGiveaway@aol.com. Let us know that you’re entering to win the October 2019 iTunes code giveaway in the email’s subject line and message. You have until October 15 to enter, and you can enter the contest once daily. On October 15, we’ll pick the winners at random, and notify them through email. Good luck!

‘Gwen,’ which was written and directed by William McGregor, stars Maxine Peake and Eleanor Worthington-Cox. The horror-thriller’s DVD and Blu-ray, which are also being unleashed, for an SRP of $27.97 and $28.97, respectfully, feature the bonus feature of interviews with the actresses.

The following synopsis has been released for ‘Gwen’: In this stark and atmospheric tale, Gwen (Worthington-Cox) is a young girl who’s struggling with her mother’s mysterious illness, her father’s absence and the suspicious local community that has turned on them. Somehow Gwen must find the strength to guide her family through the darkness and overcome the evil that is taking grip of her home. 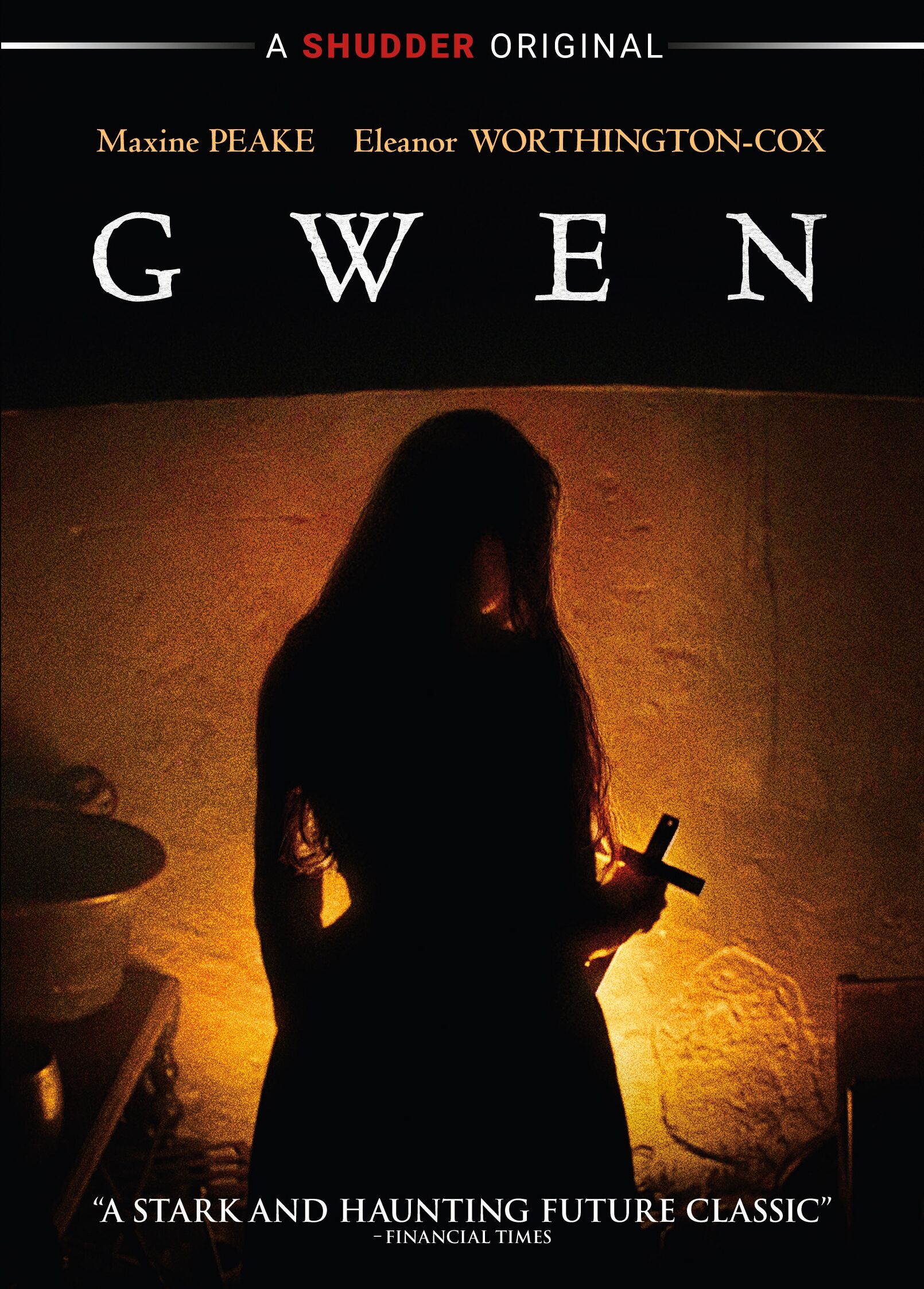 ‘Last Ones Out,’ which was written and directed by Howard Fyvie, is being distributed on VOD, Digital HD, DVD and Blu-ray. The horror-thriller’s DVD and Blu-ray include the bonus feature, ‘No More Excuses: The Story Behind Last Ones Out,’ and are set to be unleashed for an SRP $27.97 and $15.95, respectively. The film stars Greg Kriek, Celé Du Plessis, Christia Visser, Tshamano Sebe and Vukile Zuma.

The following synopsis has been released for ‘Last Ones Out’: When Henry Williamson (Kriek) wakes from surgery, he’s paralyzed, alone and in the dark. Within hours, the hospital has been overrun by the victims of a new virus. They are gripped by a bloodthirsty, zombie-like rage, and are desperate to feed on the uninfected. With the help of a handful of the surviving medical staff, Henry must get on his feet, escape from the hospital and get across a countryside ravaged by the flesh-hungry walking corpses to find a way to safety. 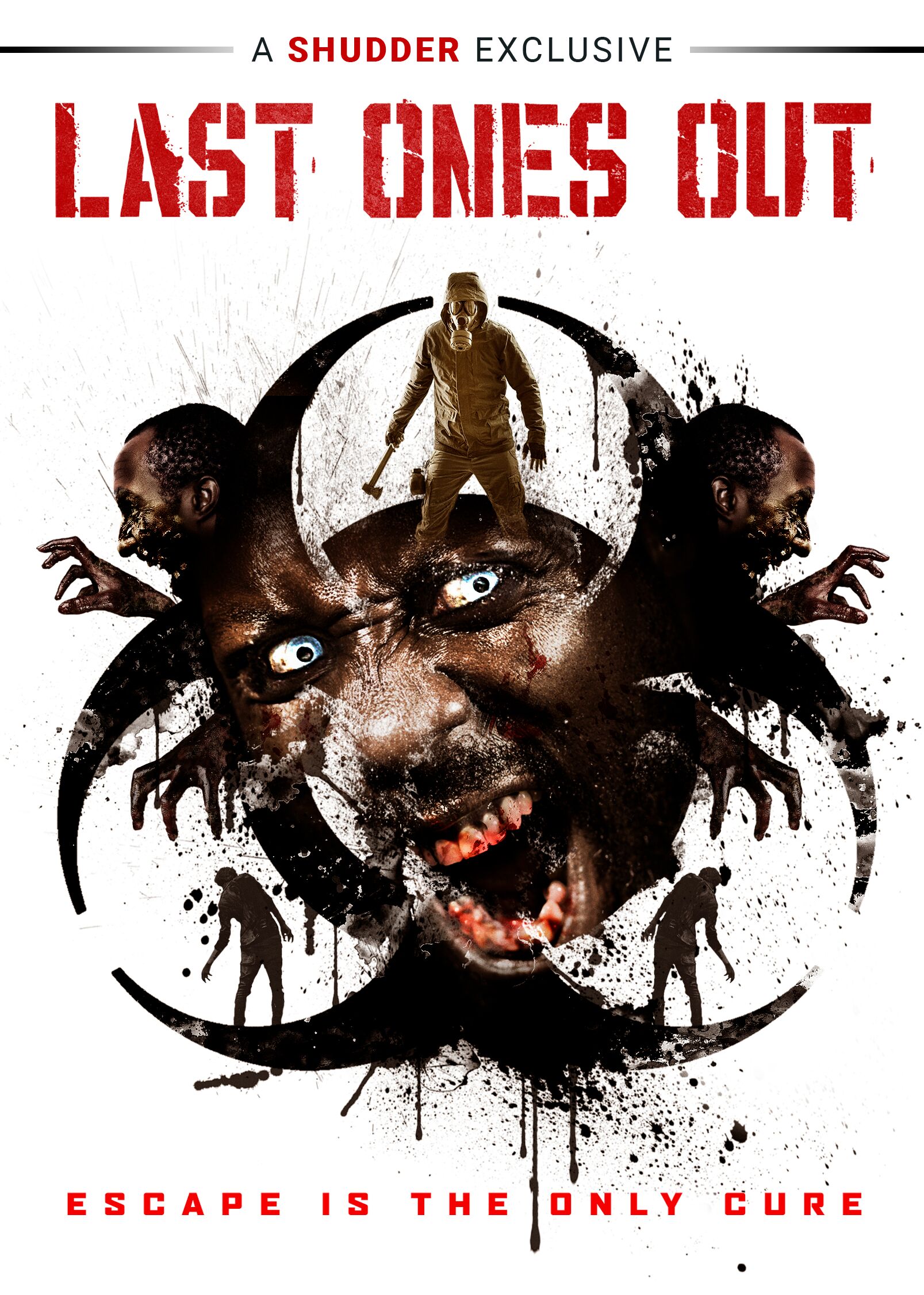 The promotional image for co-writer-director Howard Fyvie’s horror-thriller, ‘Last Ones Out.’

‘The Nightshifter,’ which is set to be released on VOD and Digital HD, was written by Dennison Ramalho and Cláudia Jouvin, the former of whom also directed the horror film. The drama stars Daniel de Oliveira, Fabiula Nascimento, Bianca Comparato and Marco Ricca.

The following synopsis has been released for ‘The Nightshifter’: Stênio (Oliveira) works the graveyard shift in the morgue of a vast, violent city. Each night he prepares the lifeless corpses for examination, but he’s never alone, as Stênio can talk to the dead… and they talk back. But when the whispers of the dead reveal secrets of his own life, Stênio unleashes a curse that brings forth unimaginable danger and darkness. 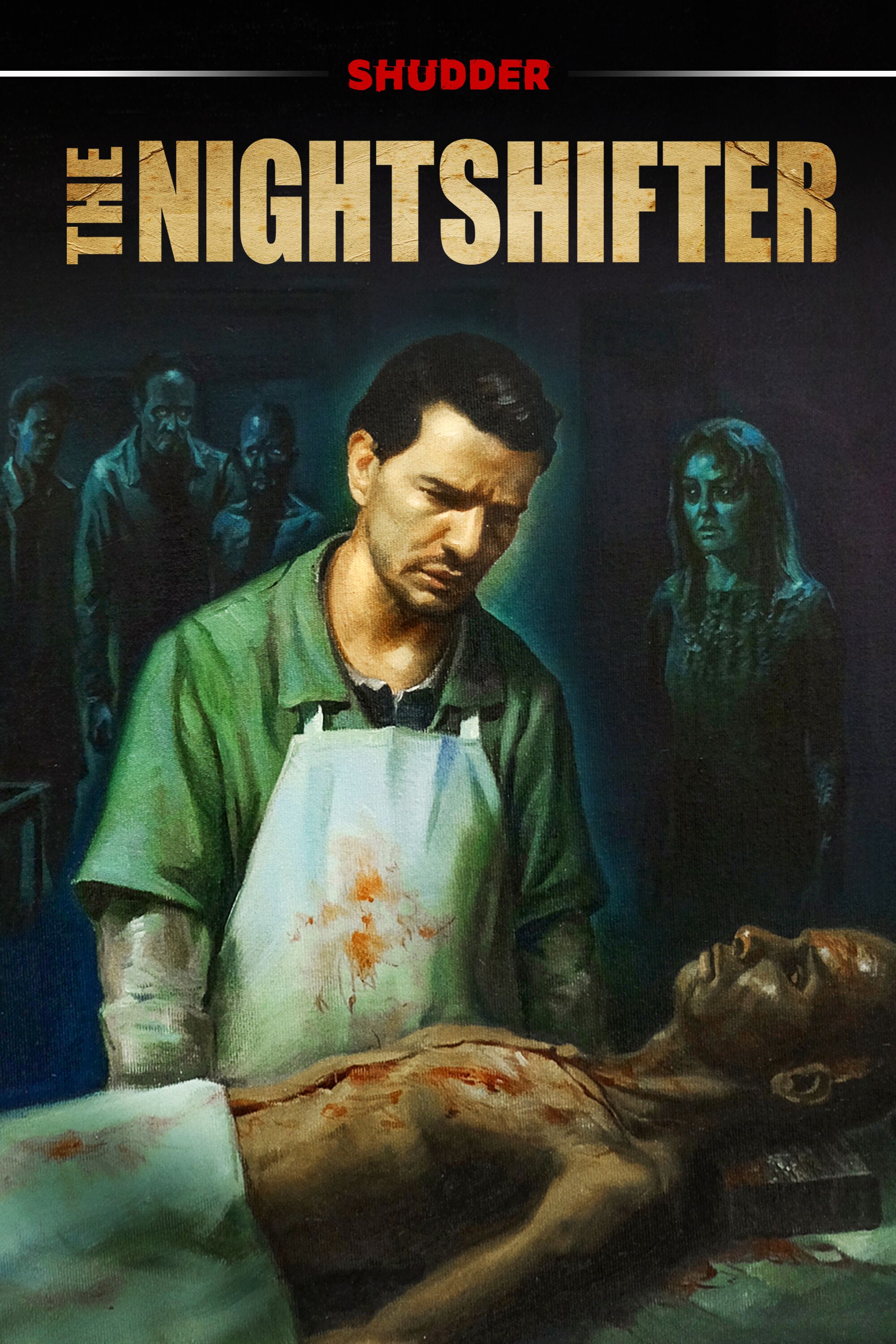 The promotional image for co-writer-director Dennison Ramalho’s horror-thriller, ‘The Nightshifter.’

‘Ruin Me’ was written by Trysta A. Bissett and Preston DeFrancis, who also directed the horror-thriller. The film stars Marcienne Dwyer, Matt Dellapina, Chris Hill, Eva Hamilton, John Odom, Sam Ashdown, Cameron Gordon and Rocky Rector. The movie will be distributed on VOD, Digital HD, DVD and Blu-ray. The DVD and Blu-ray, which will be sold for an SRP of $27.97 and $15.95, respectively, will feature filmmaker Commentary.

The following synopsis has been released for ‘Ruin Me’: Welcome to Slasher Sleepout: The Ultimate Horror Movie Experience, combining camping, haunted houses and an escape room into one extreme 36-hour event. Six strangers are hooded, dropped in the middle of the woods and must survive a simulated horror movie. Alexandra (Dwyer), the only participant who has never even seen a horror film, reluctantly tags along with her boyfriend. But when the other campers start to die before their eyes, Alex becomes the star of her worst nightmares. 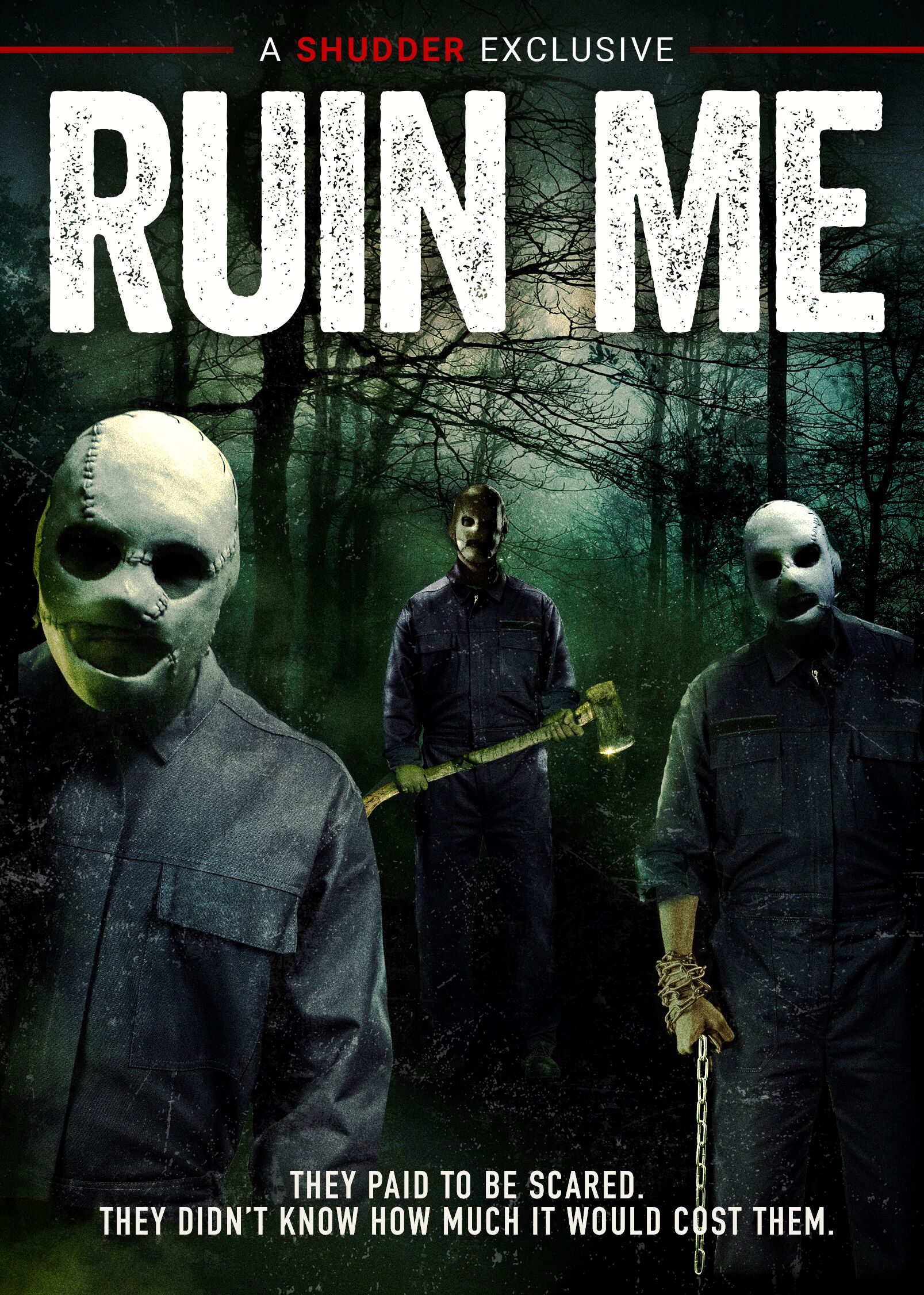 The promotional image for co-writer-director Preston DeFrancis’s horror-thriller, ‘Ruin Me.’

‘The Noonday Witch’ is set to released on VOD, Digital HD, DVD and Blu-ray, and the DVD and Blu-ray are set to be sold for an SRP of $14.95 and $28.97, respectively. The horror-thriller was written by Karel Jaromír Erben and Michal Samir, and directed by Jiri Sádek. The drama stars Anna Geislerová, Karolína Lipowská, Zdenek Mucha, Daniela Kolárová, Jirí Strébl and Marie Ludvíková.

The following synopsis has been released for ‘The Noonday Witch’: After her husband’s death, Eliska (Geislerová) and her daughter move to a rural village in hopes of a fresh start. But it is not long before they hear the troubling tales of the mysterious woman who haunts the surrounding farm fields and abducts children in broad daylight. At first Eliska dismisses the rumors as a deranged fantasy. But when her daughter starts to show signs of abnormal and erratic behavior, Eliska realizes her new home is not safe. Now she must protect her family from the great evil that is tearing them apart. 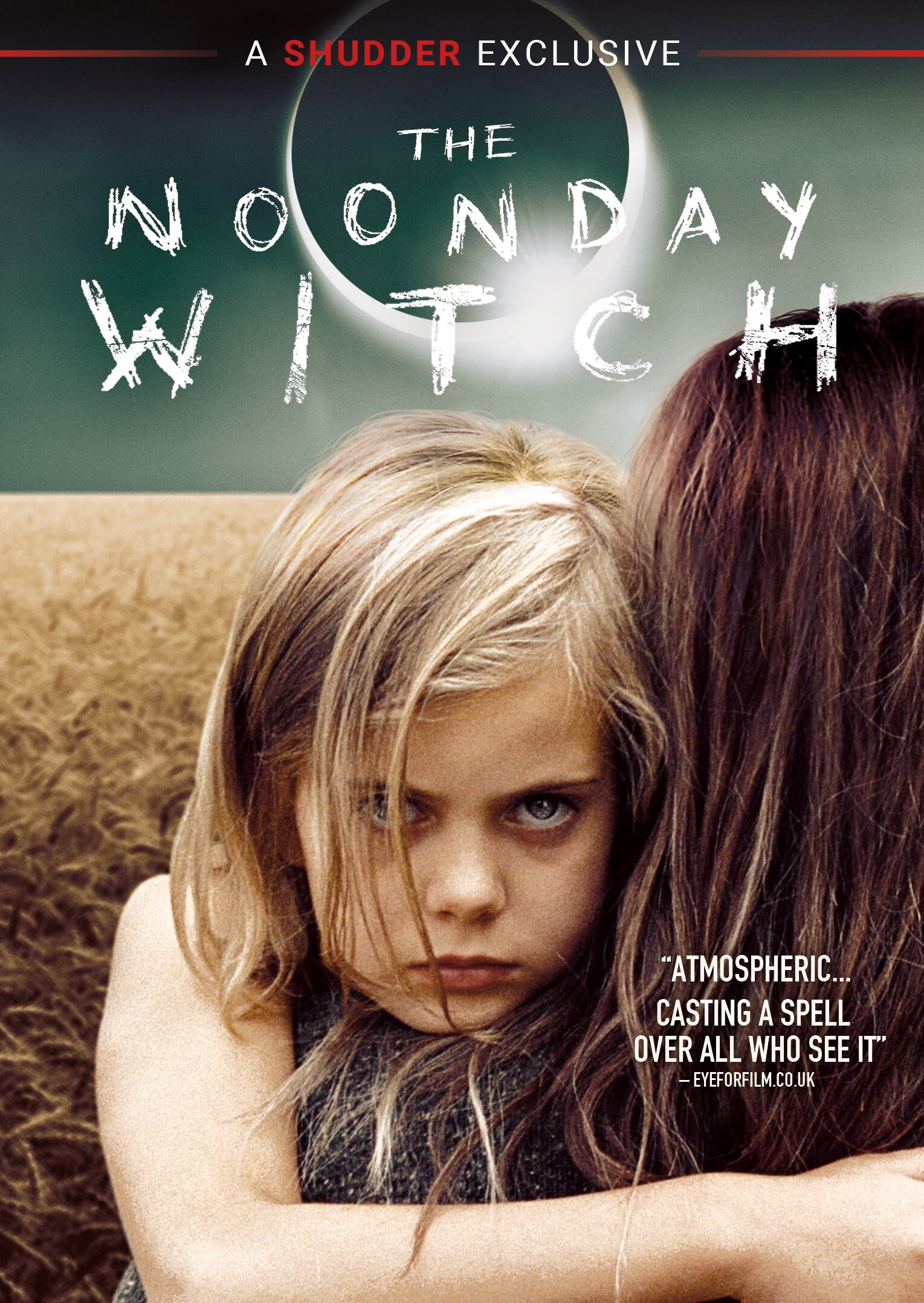 The following synopsis has been released for ‘Satan’s Slaves’: Rini (Basro) and her siblings take care of their mother, who has been mysteriously sick for the past three years. But after their mother dies, terror begins as an entity resembling their mother appears in the house, lurking the hallways and calling out to them at night. Rini soon discovers that her mother was involved in an unholy pact that may threaten her entire family’s safety. Their mother has not returned to visit; instead, she wants to take them with her. 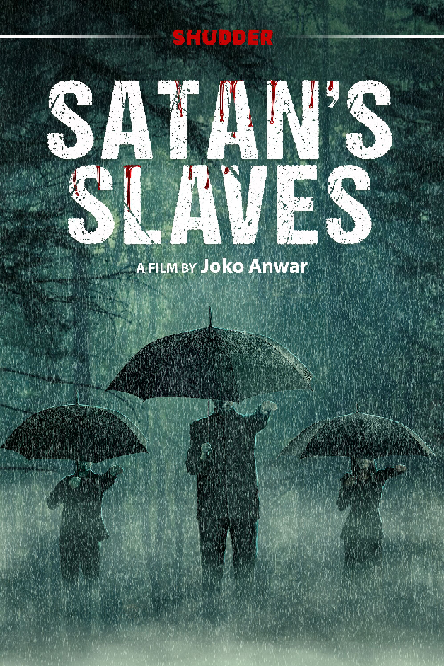 The following synopsis has been released for ‘Terrified’: On an ordinary suburban street in Buenos Aires, voices are heard from kitchen sinks, loud and unexplained thumping noises come from the walls, and mysterious beings creep and crawl under the beds. Three paranormal and criminal investigators join forces to protect the innocent inhabitants of a neighborhood plagued by a supernatural entity. With their shared knowledge, they must team up and destroy this great evil before their dimension is taken over completely. 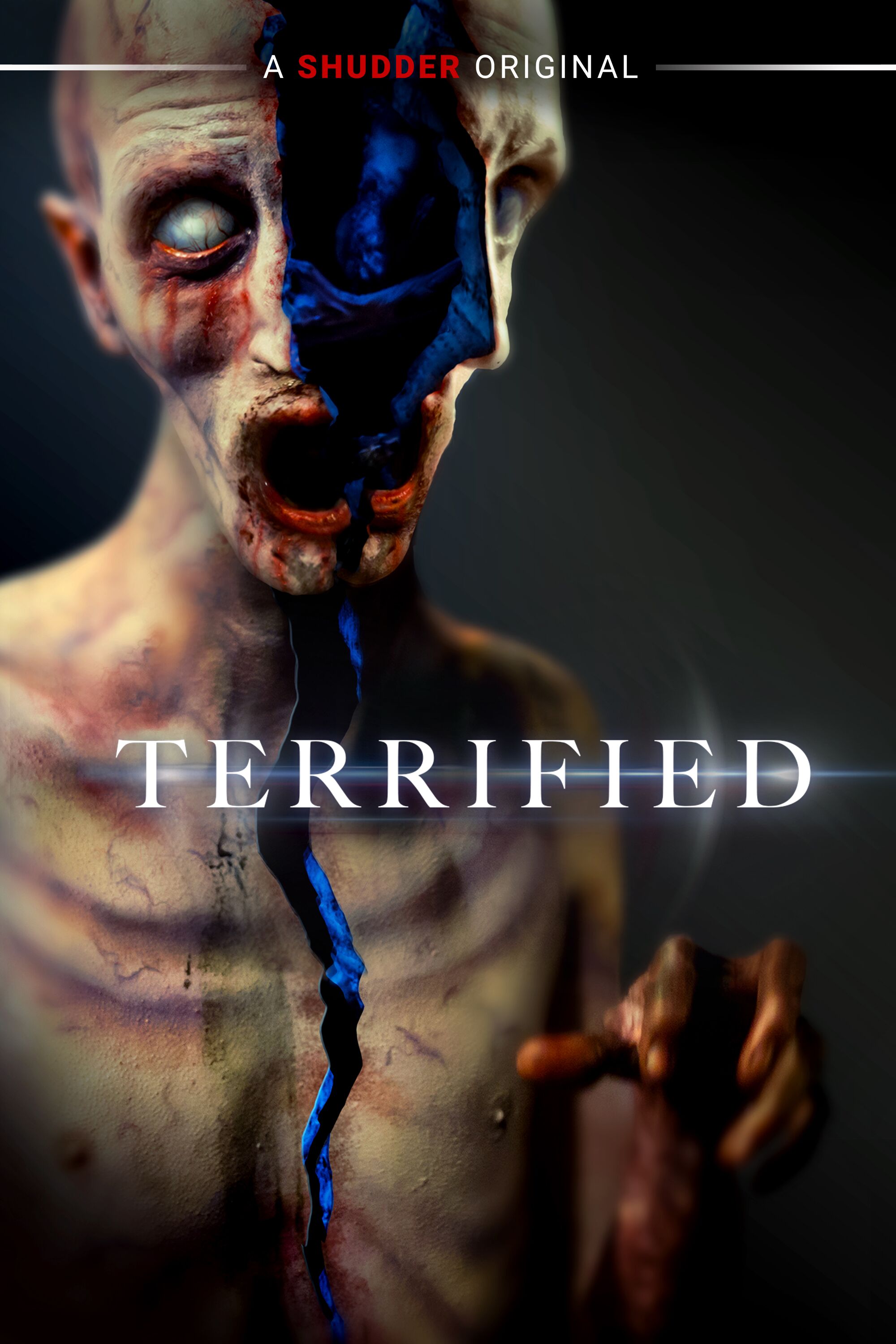