Finding the purpose to keep on living, and appreciating the inspirational things that their existence still has to offer, can be a harrowing experience for anyone who’s experienced pain. But actress Jamie Bernadette’s protagonist, Mary Harris, becomes determined to fight to uncover the strength to move on during a painful time in her life in the new drama, ‘The Furnace.’

In honor of the movie being released on October 15 by Exploration Films, ShockYa is premiering an exclusive clip from the feature. The clip showcases Mary running alone across the desert. Upon her journey, she stumbles upon a man who’s lying on the ground. He’s unresponsive when she tries to wake him, which leaves her to run off to find help.

‘The Furnace’ was directed by Academy Award-nominated filmmaker, Darrell Roodt, who co-wrote the script with P.G. de Jonge. The drama was nominated for Best Feature Film at the Nice International Film Festival. In addition to Bernadette, the movie also stars Luthuli Dlamini.

Following Mary as she celebrates Christmas with her husband, Matt (Armand Aucamp), ‘The Furnace’ showcases their passion for running. The two newlyweds have honeymoon tickets to Africa’s ultimate footrace, the title Furnace. Their excitement to race together across the biggest animal reserve in the world has them inspired. Then in a horrific flash, everything’s gone, including Mary’s purpose for living.

A year later, Mary is grieving. Struggling to breathe with an oxygen tank, she cries out her anger at God. Standing nearby, a man (Luthuli Dlamini) sees her suffering, and shares his own story of loss. Once a doctor in Africa, he fled to America when civil war annihilated his town. Now known by the nickname, ‘Coffin,’ he digs graves after losing his practice. Coffin urges Mary to keep on believing, push through and recover, offering his help as a doctor and friend. Over time, Coffin’s dedicated support and intense training helps Mary grow strong, and live to run again. But what will it take to let go of her pain and loss when she finally enters The Furnace? 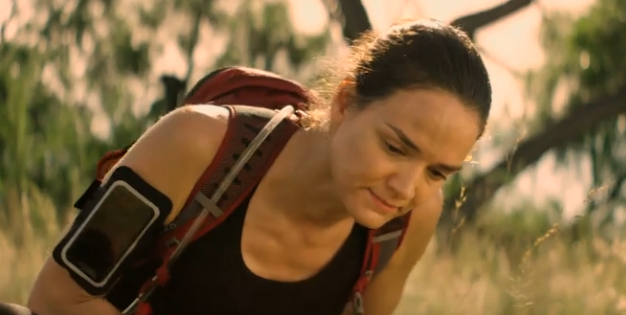