Striving to maintain a self-sufficient lifestyle can create an equally idyllic and stifling environment. But true conflict will undoubtedly arise when the sense of claustrophobic begins to overpower the limitless climate that people have previously become accustomed to throughout their lives. That sense of internal and external struggle is arising in the new Danish film, ‘Resin,’ which chronicles how the existence of a family of hermits begins to deteriorate when their daughter starts to question her parents’ worldview.

The dark thriller, which is set on a remote island, was helmed by one of Europe’s most exciting up-and-coming directors, Daniel Joseph Borgman. The Danish language drama, which effortlessly shows both the brutal and idyllic sides of family relationships, was chilling written by Bo hr. Hansen.

‘Resin’ focuses on a family of hermits who reside on a remote island. The family, which includes father Jens (Peter Plaugborg), mother Maria (Sofie Gråbøl) and daughter Liv (Vivelill Søgaard Holm), lives off the land. They have very limited contact with the outside world, which mainly consists of periodic visits from the mailman, whom Jens always chases off.

It soon becomes clear that the parents’ desperate determination to separate themselves from others has as much to do with paranoia and mental illness as their desire to remain close to nature. All of Jens’s lessons for Liv adamantly insist on the spiritual and moral failings of anyone from the wider society. But Liv is naturally curious, and it’s clear that she won’t accept being isolated for much longer. Her nightly hunting trips are really raids on nearby homes, as she attempts to experience and engage with the outside world.

‘Resin’ had its World Premiere on September 8 at the Scotiabank Theatre during the Toronto International Film Festival (TIFF). Borgman generously took the time to sit down at the InterContinental Toronto Centre Hotel the day after the premiere to talk about directing the movie during an exclusive interview.

The conversation began with Borgman explaining why he was interested in directing ‘Resin.’ “I was offered the script from the producers. At first, I was a bit hesitant about taking on a project that was based on something that I was totally new to,” he admitted. “Then I thought about some of the things that are in it, including family, relationships, nature, love, trust and mental health, and they resonated with me. I thought, let’s see where this can go, and we started from there.”

The director then divulged what was the process of casting the actors for the thriller was like. “We were pretty lucky; there’s so much great acting talent in the film. The professional adult roles were clear-cut in my head, and I got the actors I wanted, which was pretty amazing.

“Then we set out to casting the most important character, which is the child of Liv. We did street casting to find her,” Borgman shared. “It needed a lot of work to get there, but the overall process was reasonably smooth.”

Once the actors were cast, the filmmaker cherished the process of working with them to create their characters’ backstories. “Peter (Plaugborg), who plays Jens, and I spent a lot of time meeting with different kinds of people. We were trying to work the character of Jens out with Peter, so we met with schizophrenic groups, for example. We spoke with them about how their lives are, as well as the character of Jens,” he stated.

“We also met with other groups of people who have a variety of mental illnesses and intellectual disabilities. That way, we could get a lot of tools” about the way Jens would live, Borgman further expressed.

“Then with Viv, who plays Liv, we spent a lot of time in the forest. We did a lot of things, including tree climbing and archery. Peter and Viv also learned how to butcher rabbits,” the helmer disclosed. “So we started working on the physical aspects of the characters’ lives.

“Then as we got closer to the beginning of principal photography, we started workshopping and rehearsing. We also did a lot of improvising.” Borgman also revealed.

The filmmaker then followed up about the experiences of working with the cast to create the stunts and physicality for their characters. “The thing about Viv is that she comes from a dancing background. That was quite important, because her character needs needs to be animal-like, fast moving and flexible. She had a lot of those skills already,” the director divulged. “Then Peter, who’s a really big guy, came in with a specific physicality, which was really good,” Borgman disclosed.

“There were some stunts, especially with the fight scenes. But Viv didn’t have a stunt double; she did everything herself,” the director added.

Borgman then delved into the process of finding, and shooting on, the isolated locations for the drama. “Since the story is about this family that lives very much in one place, that adds an element of claustrophobia. So I wanted the story to be set in one place. That way, we could also take advantage of the nature, and be inspired by our surroundings,” the filmmaker revealed.

“So we found a forest, and put the house in it. We also made sure that we lived right beside it; we lived about 50 meters from the forest. Then we were able to go into the forest everyday and walk around,” Borgman shared. “Viv would also be able to play in the forest, and explore it during her own time.

“Since we were able to be there like that, our ideas grew. When the creative team came on, we all jammed off of each other and the environment, and let things take over,” the helmer further divulged.

Borgman then delved into what the process of working with ‘Resin’s cinematographer, Louise McLaughlin, was like as they determined how to visually present the isolated nature of the island on screen. “With everyone I work with, I like to think that they’re directors in their own right, and we’re just a team making a film together. I’m very interested in collaborating with people, and I surround myself with” people who are creative and skilled in their craft, the filmmaker shared.

“I mostly work with women; about 90 percent of my team is female. For some reason, that seems to work better for me,” Borgman admitted. “I think since women are more sensitive in how they communicate, it allows us to have a better collaboration.”

The director added that living so close to the location where the cast and crew filmed ‘Resin’ “allowed us to be inspired by the light and nature. What I really appreciated was that my cinematographer and I were able to walk around the location together after dinner, and think about the next day,” he disclosed.

“We tried to include everyday life into filmmaking. Sometimes when you’re making a film in a lot of different locations, you get very tired, so it’s a hassle to drive 40 minutes to check a location,” Borgman confessed. “But if you can live right in it, you can have a break, and do work at the same time.”

In addition to the visual look, the music in genre movies also helps create the atmosphere. The filmmaker then described what the process of creating the music for ‘Resin’ was like. “This is technically my first genre film,” he conceded. “My previous film (‘At elske Pia’) didn’t have any music in it. So this process was new to me, so I’m a bit cautious about using too much music. But I think it’s really important to include it in these types of films.”

The way that Borgman works on the score is that his “sound recordists on set are also my sound designers. So we’re always talking about what from the set is inspiring to become sound in the film. We also talk about sound design as music, and music as sound design. We try not to think about them as two different things, and instead think of everyone as one big soundtrack,” he further shared.

With the thriller having its World Premiere at TIFF, the helmer really enjoyed sharing the project with audiences at the festival. “We’re all from Europe, so we have a European film festival background. So being able to come here to North America has been amazing. There are different people to meet,” he pointed out. “This is a really cool festival, in part because it allows us to make connections with other filmmakers and people in the film industry, especially on the American side.

“Since this movie is on the edge of being a genre film, this is a really great place to show it, because the festival’s a bit more genre friendly” than some of the European film festivals Borgman has attended. “The audience here has also been really lovely, so this has been a great experience that I’ll never forget.” 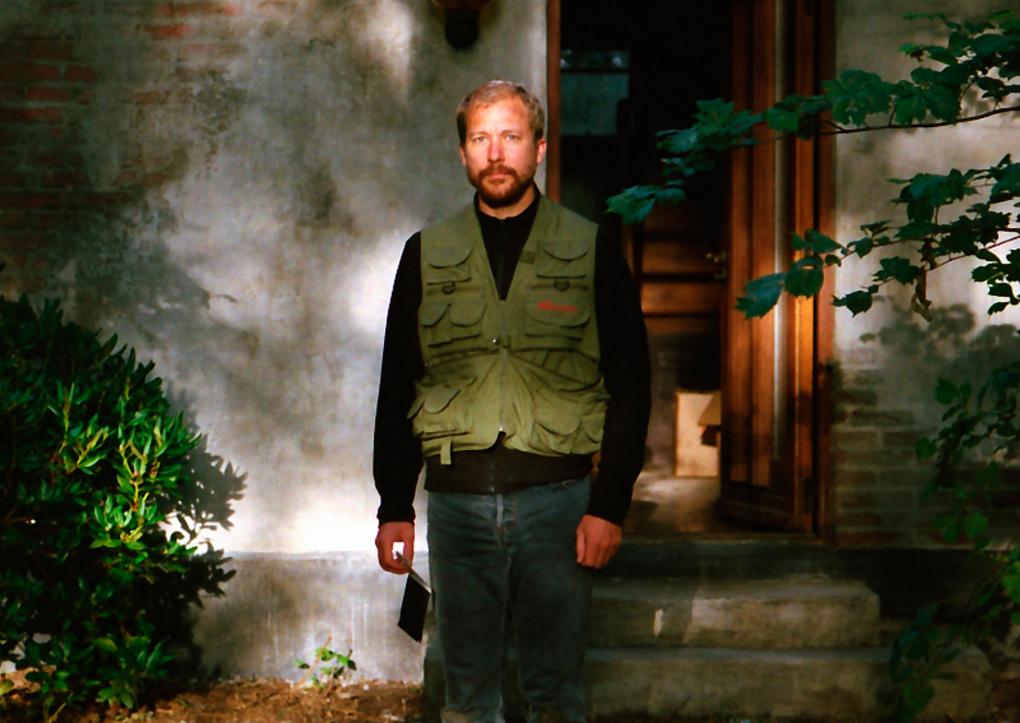