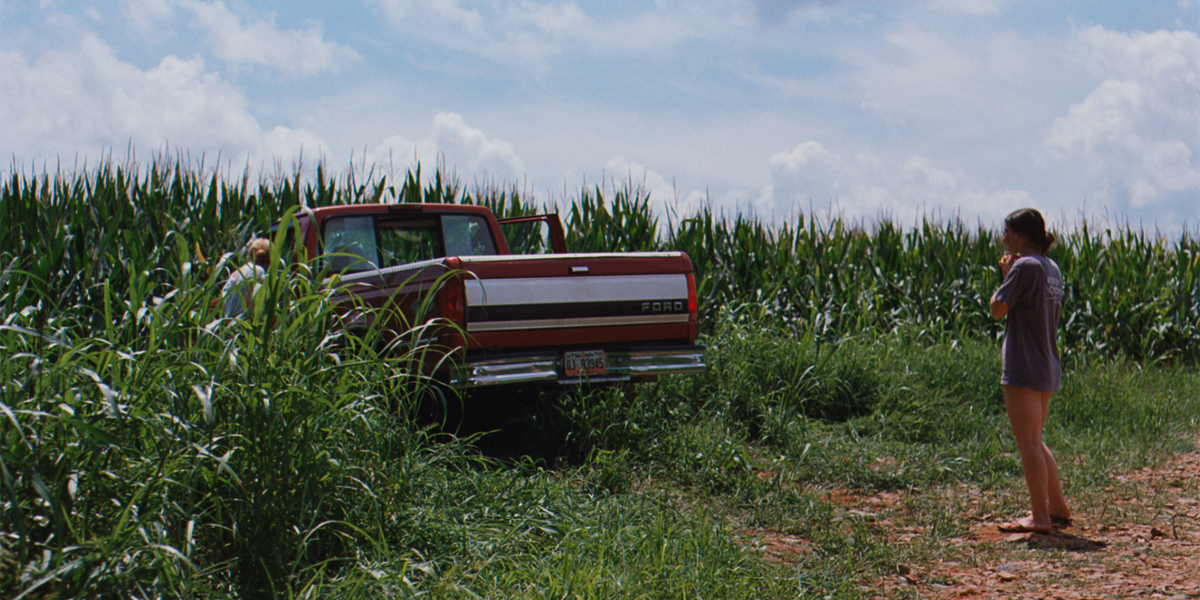 Crafting a unique, impressionistic story that’s driven by dark, eerily atmospheric visuals and emotions that settle deep in the minds of viewers isn’t always an easy task for filmmakers, especially those who are making their first feature. But writer-director-editor, David Raboy, has effortlessly done just that in his new crime thriller, ‘The Giant.’

Taking place on the verge of both tragedy and adulthood, the coming-of-age mystery movie features a stellar turn from up-and-coming lead actress, Odessa Young. The performer portrays a teenager who’s suddenly surrounded by menace, fear, heartbreak and the seemingly random cruelties of existence. The riveting and suspenseful representation that the actress gives in the Gothic nightmare of a drama offers an unforgettable look at the vulnerability and pain of lost innocence in Raboy’s stunning, unforgettable feature debut.

‘The Giant’ is based on the filmmaker’s 2012 short film of the same name. The feature had its World Premiere at Toronto’s Scotiabank Theatre during this month’s Toronto International Film Festival (TIFF).

‘The Giant’ follows Charlotte (Young) as her life is changed forever when the teenager’s small Georgia town is shaken by the beginning of a series of murders on the same night that her missing boyfriend coincidentally reappears. As an unknown killer on the loose preys on young women over the course of a summer, Charlotte has to navigate this new danger while also struggling to recover from the trauma of her mother’s recent suicide. Forced to recognize the world’s indifference and lack of easy explanations, Charlotte must also reconcile with her adolescent past as she faces an increasingly uncertain future, in the coming-of-age drama that’s tinged with elements of horror and the supernatural.

Raboy generously took the time to sit down at the TIFF Bell Lightbox in Toronto, three days after ‘The Giant’ had its World Premiere at TIFF on September 7, to talk about writing, directing and editing the drama during an exclusive interview. Among other things, the filmmaker discussed that he penned the script for the short in response to a couple of tragic murders in his hometown that weren’t immediately solved, as he was compelled to honor the victims’ memories. He also mentioned that the emotional experience of then working on his feature film directorial debut, how then bringing it to TIFF was a memorable experience that he’ll always cherish.

The conversation began with Raboy revealing why he was inspired to pen the screenplay for ‘The Giant.’ He shared that he “started this whole endeavor about nine years ago, in 2010, when I wrote the short, which I shot in 2011.”

The scribe explained that the writing process on the short “began as a response to these two awful things that happened in my hometown. Two girls from my high school, separately and unrelatably, were murdered, over the course of a couple of years. For years, those murders went unexplained, and it was unbelievably sad and mysterious,” he solemnly shared.

“It was so much in contrast to my experience (there), up until that point. I grew up in an area that I considered to be an idyllic place, so I began writing the script to reconcile that tension,” Raboy explained.

“But as I continued to explore (those crimes), life went on. I noticed other things happened, and they came from nowhere, so they suddenly made familiar things unfamiliar, in a way that felt tragic and strange. Yet, through all of that, there were still some beautiful experiences,” the writer also shared.

“So I wanted to make a film that conveyed the hugeness of that tension. So I made the short, and kept plugging away. I was then fortunate enough to make the feature, and even more fortunate to premiere at Toronto,” Raboy added.

The experience of being able to bring the feature version of ‘The Giant’ to TIFF “has been surreal, simply because I have been working on the movie for so long. Then putting it out into the world is always a jarring experience,” the director revealed.

“But the reception so far has been fascinating,” Raboy also shared. “I don’t think anyone anticipates that they’ll be polarizing as a filmmaker,” he admitted with a hint of a laugh. “But that’s certainly been the case (with ‘The Giant’). There have been some really lovely reactions, and some somewhat frustrating reactions.”

The helmer also noted “That’s hopefully that’s a sign that I’m trying to do something somewhat interesting. I just want to make sure that what I’m doing is singular and personal, and hopefully some people respond to it. So it’s been a really interesting experience,” he added with another hint of a laugh.

The experience of transitioning from directing several short films, including ‘The Giant’ short, into his first feature is something that Raboy appreciates. Independent “features are beautiful. Everyone’s like family, and doing everything. I’m loading the truck and driving around, so it’s a real family affair. I really love that, and we tried to bring that approach as much as possible into the feature,” he shared.

“Many people who worked on the (crew of the) short also worked on the feature,” the filmmaker also divulged. “It was the same cinematographer, composer and producers. So we all have a shorthand, for which I’m grateful. We all had a blast.

“Hopefully I’ve grown as a filmmaker,” Raboy added with another hint of a laugh. “We all learned together. We all came up in the same vein, and it was a natural process.”

The experience of shooting the thriller on location was also something that the director cherished. “The town that we shot in for the feature is the same one that we shot in for the short. When I was getting ready to make the short, I had been reading a lot of Flannery O’Connor, so I was very interested in Georgia. It felt like a more elevated version of the town I grew up in.

“So I went down to this town and met this incredible family. I grew quite close with the owners of the house (where we filmed) there, and I kept returning to that place,” Raboy shared. “I felt like there were things to be seen there…So I wrote there for six weeks, and really fell in love with that part of the country.”

Once the screenplay was completed, the filmmaker then delved into casting the feature. “We had an all new cast (from the short). We had a casting director, Jessica Kelly, who was in touch with our (new) leads (for the feature). We also did a lot of local casting in Georgia, because it was important that we found faces that expressed the area and situation that we were shooting,” he explained.

Once the performers signed on to appear in ‘The Giant,’ Raboy had some time to work with them on their characters and the overall story. “Odessa Young was cast about a year before we actually shot. So we spent a lot of that year talking about the character (of Charlotte), and getting to the core of who she was,” he revealed. “We also did rehearsals on set, in the house, which was really wonderful.

“I think everyone came on set, knowing there was a lot unsaid about the characters. So we had a lot of fun, exploring who these people were in not only their own lives, but also in our lives. There’s a sense that everyone in the film is a reflection of people I know, and hopefully other people do, as well,” the helmer further confessed.

Once the actors started getting in touch with their characters, and principal photography began on ‘The Giant,’ Raboy encouraged them to bring some of their own ideas to the screen. He noted that it was about a “50-50 split between sticking to the script and improvising. There are scenes that take place in this very naturalistic mode, and there’s a lot of improvisation, certainly amongst Charlotte’s friends. About 70 percent of what they do is unscripted, and I love it,” he enthusiastically disclosed.