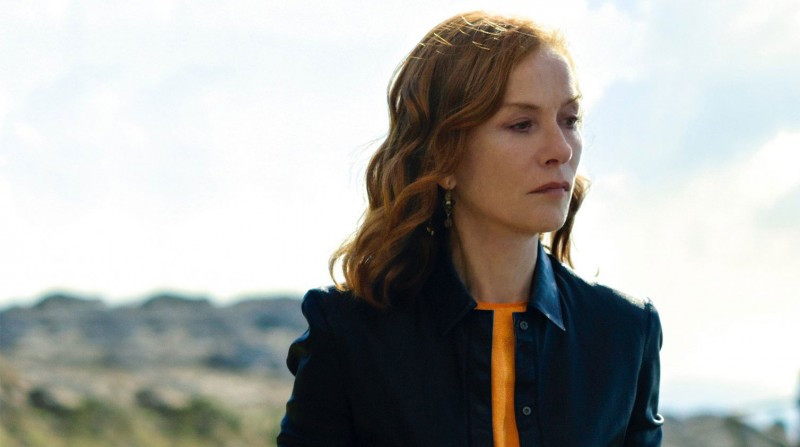 If you seek the answer to the age-old question “What is the meaning of life?” look no further than Ira Sachs’s picture “Frankie.” Sachs, whose “Keep the Lights On” deals with friendship, intimacy, love, addictions, compulsions, highs and lows pretty much covers the answer already. To that add the coming of death and you pretty much have it all. “Frankie” deals with all of the above, is graced by the usual charismatic performance by Isabelle Huppert, and takes place in Sintra, Portugal, one of the world’s most beautiful UNESCO Heritage sites. Too bad some people in a potential audience will continue to search for life’s meaning, turned off by the way Sachs unfolds the plot; namely, through talk. More conversation than you’d find in a French movie, just about as much as a picture done by Eric Rohmer, who has refused to be concerned with plot but deals only with people’s thoughts and feelings. “Frankie,” in like manner, introduces us to the woman’s extended family, called together to meet at Sintra when Frankie seeks a final closure with fewer than six months to live.

At some point in the film you get the relationships down almost pat. Frankie (Isabelle Huppert) was married first to Michel (Pascal Greggory) who learned that he was gay, leading her to hitch up with Jimmy (Brendan Gleeson). She is an actress on her final vacation, eager to marry off her perpetually single son from a previous marriage Paul (Jérémie) to her movie hairdresser Irene (Marisa Tomei). He is uninterested, though Irene is pursued by budding film director Gary (Greg Kinnear), who lives in New York’s Upper West Side but now wants to “settle down” in a country home with Irene—who is coy, leading him on but no willing to be penned up in an isolated area. Sylvia (Vinette Robinson), Jimmy’s daughter from a previous marriage, is married to Ian (Ariyon Bakare) but that entente looks frayed and about to topple. With one woman about to die, a marriage ready to fall apart, an older man virtually in tears contemplating his wife’s imminent death, this is a sad situation, taking place ironically in such a splendid location.

The only cheerful family member, teen Maya (Sennia Nanua), spends the day with a local boy she meets on the tram going from Sintra to the beach, has little idea what life has to offer, though one might infer from the adults around her that, giving her time, she’ll see how much melodrama and tragedy await. Even the Portuguese guide Tiago (Carloto Cotta) is involved with a strange marital situation, spouting the usual tourist palaver about which building comes from the 16th century and which fountain will cure all illness.

One-on-one exchanges give way at midpoint once to a vivacious birthday party thrown by locals for Frankie, who is recognized by the community from her pictures on magazine covers. The movie’s most tender scene finds Frankie and her second husband Jimmy hugging in bed, Jimmy appearing more concerned by thoughts of his wife’s approaching death than is she.

Call this Eric Rohmer-light, “Frankie,” which takes place in a single day in a single location, falls short of embracing the Classical Unities by its involving subplots. Though hardly needed, Schubert is introduced on the piano, punctuating the loveliness and the fragility of life.