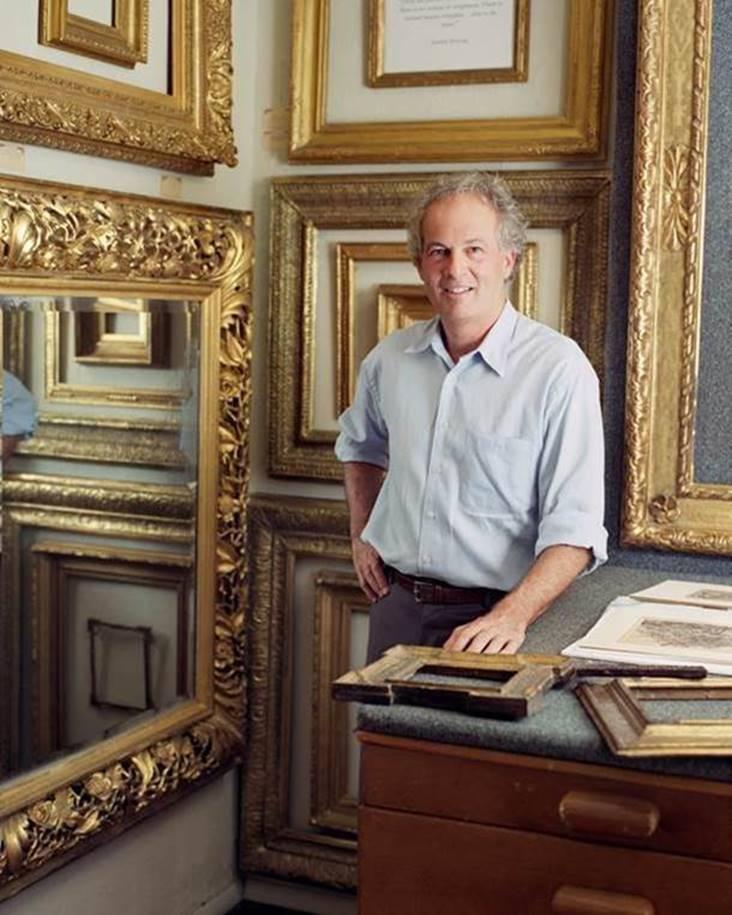 Passionately expressing their interpretations of their natural surroundings is a powerful way for artists to share their affection for the world around them. Long Island-based painter and framer, Eli Wilner is doing just that with his upcoming exhibition, ‘Montauk Moments,’ at LaMantia Gallery in Northport, New York.

Wilner’s newly curated collection of his exquisite paintings will be on exhibition and available for acquisition in a limited engagement this weekend at LaMantia Gallery, one of Long Island’s premier fine art gallery. The exhibition, which will be held tomorrow, Friday, October 25, between 6-8 pm ET, and Saturday, October 26, between 4-7 pm ET, will capture the essence of Montauk in a series of landscape, nautical and floral paintings.

All artworks are on exhibition and available for acquisition. The events are complimentary and open to the public, but RSVPs are required by calling 1-631-754-8414, or emailing james@lamantiagallery.com. A portion of all proceeds from the presentation will be donated to Gift of Life Long Island and Semper Fi Fund.

Wilner generously took the time recently to talk about his paintings and framing work, as well as his ‘Montauk Moments’ exhibition at the LaMantia Gallery, during an exclusive phone interview. Among other things, the artist discussed that he’s trying to use expressionism in his paintings to highlight his reaction to his surroundings in Montauk, and LaMantia Gallery was an inspiration into his latest journey into painting. Wilner also shared that his family has always influenced him to be generous to others, so he incorporated that ideal into his framing business, as well as the ‘Montauk Moments’ exhibition.

ShockYa (SY): You’re an artist, particularly a world-renowned for your work creating the world’s finest antique American and European frames. What initially interested you in becoming an artist?

Eli Wilner (EW): I began drawing at the age of three or four. My great-uncle was a famous collector, so when I started to paint, I would give him my paintings. He would put them in antique frames, and hang them next to his collection of old and modern masters. So I, of course, thought I was one of the greatest painters of all time!

So I then went to art school in my early years, at The Art Students League of New York, and The Museum of Modern Art’s school for children, from the ages of 7 through 12. I then continued with art classes in high school and college, and received my Bachelor’s degree in art/painting at Brandeis University. I then received my Master’s at Hunter College in studio art. I then realized at that point that I wasn’t a famous painter (Wilner laughs), and the road to become a famous painter in New York was a very arduous one.

Then the whole connection to framing arose. So I joined Shepherd Gallery, and ran their framing department. I learned the skill of, and passion for, framing other people’s work. So my own painting went aside, as I focused all of my energy on framing. I left Shepherd Gallery in ’83 to form my own business, Eli Wilner & Company. I’ve had the fortune to frame some of the world’s masterpieces, which are hanging in all the major museums in America.

But I recently (within the past five months) also rediscovered my passion for painting. So even though I’ve tried my hand at painting over the years, it never really stuck until recently. I now paint daily, and run my framing company…and I’ve become completely addicted to the process!

SY: As a specialist in period framing for nearly 40 years, you have completed over 15,000 framing projects for collectors and museums. Your gallery is held in high regard by both institutions and private collectors for your expertise, extensive inventory and superior quality of craftsmanship. How did you become interested in specifically period framing, and how would you describe your framing style?

EW: My primary reason for becoming a prominent framer of other people’s artwork was to create a viable business model for my talents, but it turned into my passion. When I frame another artist’s work, I try to see how the artist, whether they’re living or dead, previously frames-or framed-their artwork. So I try not to introduce any new philosophy; instead, I try to introduce my aesthetic within the parameters of the artist’s tastes, and their philosophical approach to framing their artwork.

So I’ve spent decades researching thousands of painters’ choices in their framing, and I’ve documented it. As a result, I have a vast library of research to take from. That way, when clients come into my company, I can look through my reference material, and see what type of frame the artist would use during the time that they created the painting. I have over 3,000 antique frames, so I then look through that collection, and find a frame that the artist would have been proud to put on that painting.

SY: A newly-curated collection of your paintings will be on exhibition and available for acquisition in ‘Montauk Moments’ at LaMantia Gallery. What was your inspiration in making the paintings? How would you describe the style of the paintings?

EW: Well, I’ve spent the past five years taking a lot of photographs of my surroundings in Montauk. I would photograph the ocean, my animals, the trees and nature, sunsets and sailboats. So I would completely use photography as my main vehicle, and I also began to write poetry and draw. The drawings led to me setting up a studio, and getting canvases, paint and easels.

I initially thought that I would become disinterested in painting again. I didn’t really have the confidence that it would stick this time. But I’m so enamored with painting that I now have about 180 paintings that I’ve done in the past (five months). I don’t take as many photographs now, but my painting is non-stop; I’ve completely immersed myself in it.

I’m not trying to be a realist or abstract painter now; I’m instead trying to use expressionism to highlight my reaction to my surroundings in Montauk. LaMantia Gallery was an inspiration into this new journey into painting.

I was having lunch with James (LaMantia, the owner of LaMantia Gallery) about (five-and-a-half) months ago, when all of sudden, after hearing him speak about his passion for the artists that he shows, I has rekindling of my interest in painting. So I said to myself, You know what, Eli? Let’s just start this, and show it to James, and if he’s interested, maybe he’ll give me a show.

That’s truly what happened; I started painting, and showed the pieces to James. He said, ‘Eli, if you can create 10 or more pieces, I’ll give you a show.'” That was really the inspiration to continue.

SY: Further speaking of the LaMantia Gallery, how did you become partnered with them for the reception? What can you discuss about the overall reception?

I was offered an exhibition at a New York gallery at the same time. But I decided to focus on one show, and not have two shows going simultaneously, because I thought it would be a bit too ambitious for the moment. I wanted to gently enter the art world on my own terms.

James suggested that I group my paintings into four sections. I think I’ll do it by subject matter, which will be sailboats; sunsets, dawns and seascapes; flowers; and the experience of the open ocean.

SY: A portion of all proceeds from the exhibition will be donated to Gift of Life, a Long Island-based organization that supports people who are battling blood cancer, as well the Semper Fi Fund, which provides financial assistance and vital programming for wounded service members and their families. Why is it important for you, as an artist, to work with these charities, and help those in need?

EW: Since my earliest days, my family always influenced me to be generous to others, so I incorporated that into my framing business. So I’ll gift or discount my frames to a point that museums could afford them. I’ve also always given to charities in my framing business. So I thought it would be a natural progression to also gifting proceeds to my exhibition to charities. So it seemed like a duty that I had to do.