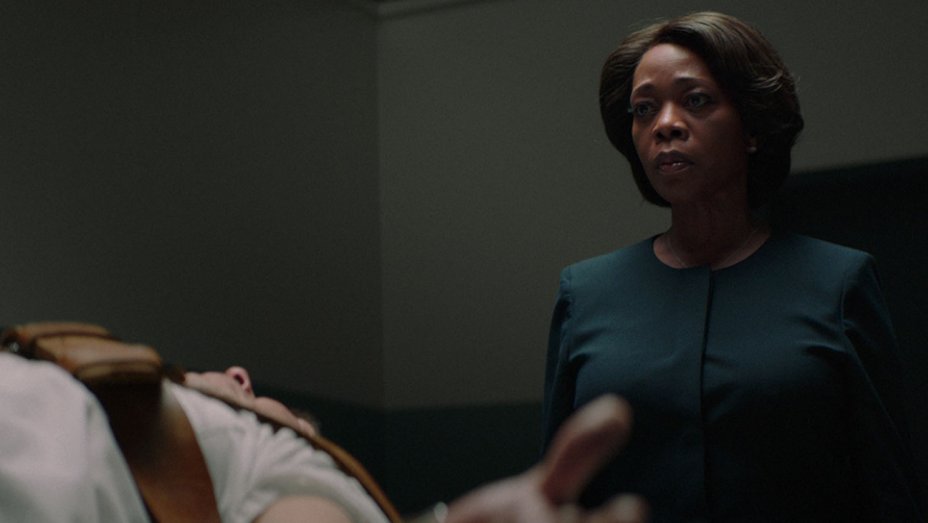 Someone says to you “It’s Christmas! Let’s go to the movies!” You’re probably thinking, oh, it’s going to be one of those like “Rudolph the Red Nosed Reindeer,” or “It’s a Wonderful Life,” maybe “The Muppet Christmas Carol.” But no. He suggests one opening right in the middle of Christmas week that will swing into the new year about a conflicted woman working in a prison with a flourishing death row. OK, then. You’re in, but only because you heard that Alfre Woodard is in the major role in what many will consider the best performance of her illustrious career. That might be difficult to image considering the dynamic jobs she has done with “Burning Sands” as a professor in a college with a tragic hazing incident, or as the narrator in “Nat Turner,” maybe in one of her many TV performances like “Gray’s Anatomy,” “Steel Magnolias” and “A Series of Unfortunate Events.” Few actors this year have expressed their fictional job conflicts like Woodard in “Clemency,” a film by Chinonye Chukwu in her sophomore feature, a woman whose debut directing was of “alaskaLand” –about an estranged Nigerian brother and sister forced to reconnect in their hometown of Fairbanks, Alaska.

“Clemency” is bookended by scenes of almost unbearable tension: opening as Woodard’s character, Warned Bernadine Williams, deals with the botched execution of a Hispanic man—who undergoes the strapping into the gurney as though paralyzed rather than the expected screaming and crying—but who will let loose after the prison staff has difficulty finding a proper vein in his arm or leg. As “Clemency” concludes, Bernadine walks down the hall lost in thought about her entire career, wondering whether it’s worth continuing to be a martinet who refuses to bend past a single rule, but at the same time finding a connection to Anthony Woods (Aldis Hodge) who is scheduled to die for killing a police officer during a robbery fifteen years back.

We know more about the warden by scenes in her home where her husband Jonathan Williams (Wendell Pierce), a teacher, is getting increasingly fed up with her distance from him, her insomnia, her nightmares, her protestations that she does not want to be touched. On the professional level, she spends time with her deputy warden drinking in bars, then reluctantly handing him her keys when he insists on driving her home. Her job requires her to deal with Woods’s lawyer, Mary Lumetta (Richard Schiff), who is burned out from a thirty-year career trying to save condemned prisoners and announceing that he will retire after the case against Woods is finally adjudicated.

We don’t know whether Bernadine is pro- or anti-capital punishment. She hides her views but in her contacts with the condemned Woods, she conveys the impression that she has spent enough time on her job and that she might prefer to ask for a transfer to a prison where the death penalty is not carried out. As a whole, writer-director Chukwu, the first Black woman to win the Grand Jury Prize at last January’s Sundance Festival, leaves it up to us in the audience to interpret her views on the death penalty.

There is virtually no music on the soundtrack, a condition that many a film should try to duplicate to avoid annoying intrusions into dialogue. Here ambiance reigns supreme in a drama you should feel free to attend unless you prefer the more melodramatic cases as shown in “Pierrepont: The Last Hangman” based on the life and times of Albert Pierrepont who slipped a rope around hundreds of necks until he burned out, and “I Want to Live!” starring Susan Hayward as a habitual criminal facing execution. Happy Christmas viewing!

Cancel reply
Sefarad Review: This is a story without humor, a serious drama
Actor Francis Leik Wishes to Star in Films in The Projectionist Highlight Reel
To Top