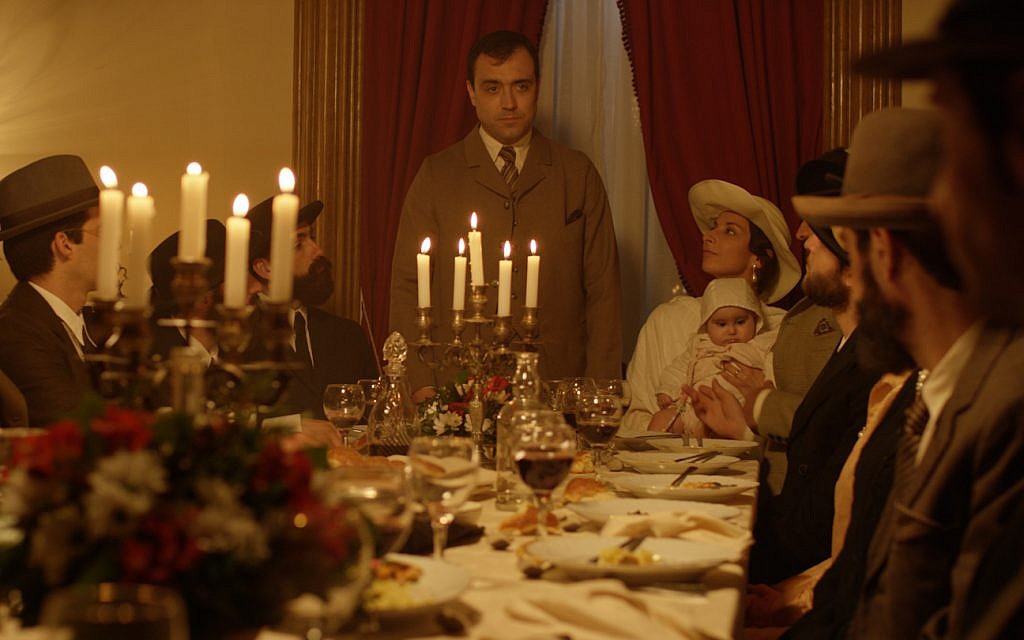 In my neighborhood, young Hasidic men and women spend much of each Friday walking around, judging whether the people they see on the street are Jewish. It’s quite common for a fourteen-year-old pair of girls to approach a woman, and for a fifteen-year-old man to close in on a man, asking “Are you Jewish?” Anyone who replies “yes” might be taken inside a “mitvah tank” to get a tefillen wrapped around his arm, get a blessing, and be sent away with the hope that yet another secular Jewish person will come back to the fold. This is a half-hour procedure the closest thing to what Christian missionaries do around the world, but there’s a difference. Judaism is not looking to convert people of other religions, only to awaken the latent Judaism in those who are members of the tribe. This is not unlike situation taking place on a grander scale in Oporto, Portugal, a city to which Jews returned in the Nineteenth Century to form a small community, the leaders of which are determined to bring the “real” Judaism to a group of so-called Marranos, or Crypto Jews, living in semi-isolated mountainous villages.

These Marranos (an offensive term that should give way to the more neutral “Crypto Jews”) were Jews who during and after the Inquisition in Spain converted to Catholicism to avoid the fate of these landsmen who were massacred in 1391. Hundreds of thousands of Jews became outwardly Christians, but the Crypto-Jews are those who practiced Judaism in secret. When beginning in 1923 Portuguese army captain Artur Barros Basto became involved in reclaiming these mountain people who did not pray in the same way as do the Jews who never had to convert. Moreover they were not even considered Jews by some, especially by one London-based financier. Barros Basto recruits a segment of these people and brings them into a classroom where he teaches them the “real” literature, culture and rituals of Judaism. He insists that they be circumcised because, he notes, nobody can be accepted into the embrace of Israel without a small, symbolic penile cut. For this latter act Barros Basto, a hero of World War I, is tossed out of the army and becomes the Portuguese Captain Alfred Dreyfus.

Luís Ismael, who directs this look at specific periods in Jewish history, is known for “Balas and Bolinos” about a gang that robs a gas station, following up with additional dramas about the leader of the gang. Not quite what we would expect from this director. Now he manages an epic story that covers five centuries in ninety minutes in a movie named Sefarad for an Iberian region where Sephardic Jews originated. Inspired by a true story of Artur Carlos de Barros Basto (1887-1961) who is portrayed here by Rodrigo Santos, this idealistic leader determines to establish a strong Jewish community in Oporto including the construction of the Kadoorie Mekor Haim Synagogue in 1938, the largest on the Iberian Peninsula.

This is a story without humor, a serious drama whose director is obviously inspired by one man who performs a minor revolution by getting a synagogue financed and built and means for all Jews in Oporto, but who admits ultimately that he failed. He faces resistance from the Marranos, many of whom had no intention or desire to change their ways, leaving behind a large synagogue with too small a congregation. As a former high school teacher I found the liveliest scene to take place in a modest classroom where the teens look at each other with shock and disbelief when told that they would have to undergo the placement of a knife to the penis. Inspiring is the scene of the captain as the stereotypical man on horseback, trudging through the tiny, mountainous villages and addressing the residents as if to say “Are you Jewish?” Rodrigo Santos anchors the film, speaking in fluent Portugese and English, relying on the help of his right-hand man Menasseh Ben Dov (Pedro Galiza) who will ultimately leave Portugal for what was then called Palestine.

The actors can sometimes deliver their lines too stiffly, particularly those playing British financiers with disagreements about recognizing Crypto-Jews as Jews (with good reason as many continue to attend Catholic church services), and much of the dialogue is didactic as though it were being presented to a middle school classroom. Despite these reservations, we should welcome “Sefarad” as a look at clash between Marranos culture, as these converted Jews over the centuries may have forgotten everything about the religion or, if they retained it would practice in a different way from those who never had to convert. Interestingly Barros Basto had thought of himself as a Catholic until his dying grandfather confessed to Jewish family origins. He converted to Judaism, was circumcised in Tangier, and changed his name to Abraham Israel Ben Rosh. His own converso story was passed over too lightly in the film.

In Portuguese, English and Hebrew.