The fearless quartet of this fall’s hit sequel, ‘Zombieland: Double Tap,’ are once again clearing out the old, and ringing in the new, just in time for the holiday season, with the film’s new home release. The horror comedy is now available on Digital, and is set to be released on 4K Ultra HD, Blu-ray and DVD on January 21, 2020 by Sony Pictures Home Entertainment, following its successful theatrical run in October.

In addition to the full-length action movie, ‘Zombieland: Double Tap’s digital release includes tons of bonus content. The special features include full a audio commentary with the sequel’s director and executive producer, Ruben Fleischer; numerous extended and deleted scenes not shown in theaters; making-of featurettes showcasing interviews with the cast and crew; and the featurette ‘A Day with Bill Murray,’ which chronicles the comedy legend’s anticipated return to the world of ‘Zombieland’ for the follow-up to the 2009 classic. 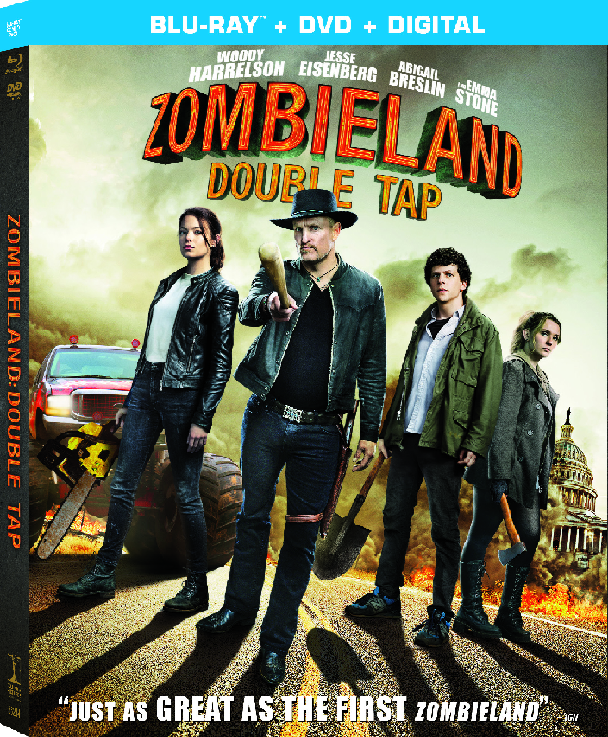