Genre fans are preparing to battle back against evil with the upcoming distribution of the sci-fi movie, ‘Sequence Break.’ RLJE Films has partnered with Shudder, AMC Networks’ streaming service for horror, thriller and the supernatural, to distribute the drama on Tuesday, January 7, 2020.

In honor of ‘Sequence Break’s digital release, ShockYa is offering two lucky winners an iTunes code. To enter, email us at ShockyaGiveaway@aol.com. Let us know that you’re entering to win the ‘Sequence Break’ iTunes code giveaway in the email’s subject line and message. You have until January 7, the day of the drama’s release, to enter, and you can enter the contest once daily. On January 7, we’ll pick the winners at random, and notify them through email. Good luck!

RLJE Films and Shudder have released the following synopsis for ‘Sequence Break’:

A reclusive video arcade repair technician has his reality fractured when a mysterious new arcade machine appears in his shop and a beautiful young woman enters his life. The appearances of the game and woman cause strange metaphysical forces, bizarre biochemical mutations and a shocking self-realization. 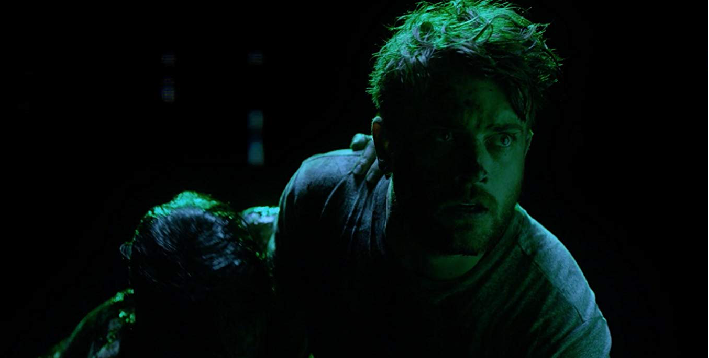