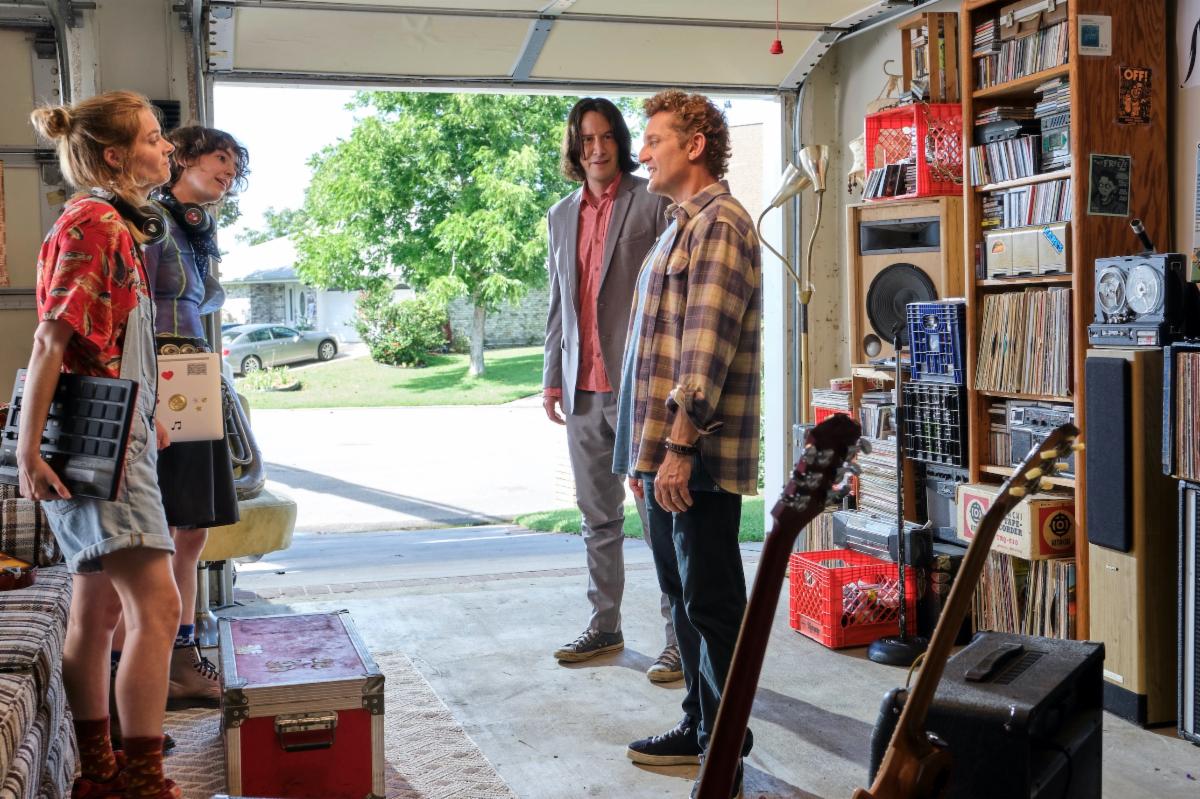 Bill and Ted must now face the music with their daughters in their upcoming sci-fi film. In honor of their latest journey, a new image from the anticipated third film in the ‘Bill & Ted’ franchise, ‘Bill & Ted Face the Music,’ has been released by its distributor, Orion Pictures. The photo shows the title friends talking with their children in a garage.

Orion Pictures will release ‘Bill & Ted Face the Music’ in theaters on August 21, 2020. The distributor has unveiled the following synopsis for the movie:

The stakes are higher than ever for the time-traveling exploits of William “Bill” S. Preston Esq. (Winter) and Theodore “Ted” Logan (Reeves). Yet to fulfill their rock and roll destiny, the now middle aged best friends set out on a new adventure when a visitor from the future warns them that only their song can save life as we know it. Along the way, they will be helped by their daughters, a new batch of historical figures and a few music legends – to seek the song that will set their world right and bring harmony in the universe.