All Kumail Nanjiani and Issa Rae wanted was a quiet date night out. Instead, they inadvertently became involved in trying to solve a murder case in the new crime comedy, ‘The Lovebirds.’ In honor of the action movie’s upcoming release in theaters on April 3 by Paramount Pictures, the studio has distributed the official trailer and poster for the feature.

‘The Lovebirds’ was written by Aaron Abrams and Brendan Gall, who based the screenplay on a story they created with Martin Gero. The film was directed by Michael Showalter, who also served as an executive producer, along with Rae and Nanjiani. In addition to the two leads, the comedy also stars Paul Sparks, Anna Camp and Kyle Bornheimer.

Paramount Pictures has released the following synopsis for ‘The Lovebirds’:

A couple-Leilani and Jibran(Rae and Nanjiani)- experiences a defining moment in their relationship when they are unintentionally embroiled in a murder mystery. As their journey to clear their names takes them from one extreme – and hilarious – circumstance to the next, they must figure out how they – and their relationship – can survive the night. 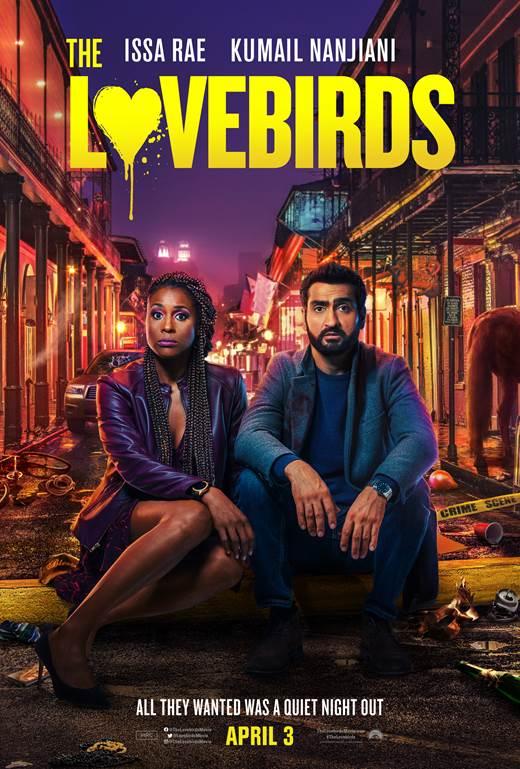