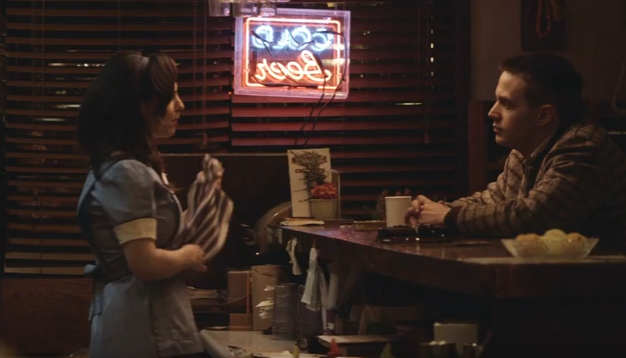 The life of a professional hockey player isn’t always a glamorous one, which Mark O’Brien is learning the hard way in the new sports drama, ‘Goalie.’ The actor uncovered that information as he portrayed legendary hockey player, Terry Sawchuk, in the upcoming biopic. In honor of the film being released in theaters on January 31, and then on DVD and digital on February 25, by Dark Star Pictures, ShockYa is premiering an exclusive clip from the movie.

In addition to O’Brien, ‘Goalie’ also stars Kevin Pollak and Georgina Reilly. The drama, which chronicles the powerful true story of Sawchuk’s career, was co-written and directed by Adriana Maggs.

Dark Star Pictures has unveiled the following synopsis for ‘Goalie’:

For legendary goaltender Terry Sawchuk (O’Brien), each save means one more gash to his unmasked face, and one more drink to numb the pain. Even with a wife and seven children at home, he’s haunted by the void left from his childhood, which he tried to fill with cheering crowds. Terry traveled across the country, racking up 103 shutouts and 400 stitches to his face, while also proving that he’s a man who lives, breathes and dies a goalie.