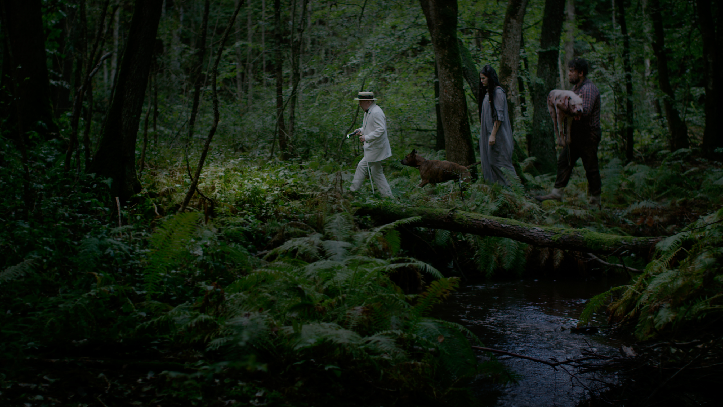 Dark Star Pictures announced today that it has acquired the North American rights to the upcoming horror comedy, ‘Koko-di Koko-da.’ The company is planning to release the film in theaters in November, which will be followed by a VOD and DVD distribution.

The fantasy movie will begin its theatrical run in Los Angeles and New York, and later screen in additional cities, which will be announced soon. The deal was negotiated by Dark Star President, Michael Repsch, and Stray Dogs Managing Director, Nathan Fischer, on behalf of the filmmakers.

‘Koko-di Koko-da’ follows Elin (Jakobson) and Tobias (Edlund), a happily married couple who regularly vacation with their young daughter. The family is on a dreamy holiday when an innocuous case of food poisoning derails their plans and forever alters the course of their lives. Three years later, the once loving couple is on the road again to go camping, looking for one last chance to go back to the way things used to be. But what once was is lost, and the family members instead find themselves having to relive the same nightmarish events as that fateful day, and the horrors it brings repeat themselves infinitely. Together, they must overcome their trauma, reconcile with their past and fight for their lives. Over, and over, and over again.

“‘Koko-di Koko-da’ is a brilliantly crafted view on how we handle grief, encapsulated in a unique horror plot with some of the most memorable villains we have seen in a long time. Dark Star is ecstatic to be bringing audiences what we feel is the most unique and haunting genre film of 2019,” commented Repsch.