Actress Eugenie Liu is battling back against evil, flesh-eating creatures, with the upcoming disc release of the horror comedy, ‘Mon Mon Mon Monsters.’ The movie is set to be distributed on DVD for $27.97, and on Blu-ray for $28.97, by RLJE Films, which picked up select rights to the feature from Shudder, AMC Networks’ streaming service for horror, thriller and the supernatural. The disc release comes after the comedy was released on VOD and Digital HD on December 10, 2019 by Shudder and RLJE Films.

In honor of ‘Mon Mon Mon Monsters’s disc release, ShockYa is offering three lucky winners a DVD to watch the movie. To enter, email us at ShockyaGiveaway@aol.com. Let us know that you’re entering to win ‘Mon Mon Mon Monsters’ DVD giveaway in the email’s subject line, as well as your mailing address in the message. You have until this Tuesday, February 4, the day of the feature’s disc release, to enter, and you can enter the contest once daily. On February 4, we’ll pick the winners at random, and notify them through email. Good luck!

The following synopsis for ‘Mon Mon Mon Monsters’ has been released by Shudder and RLJE Films:

A group of classmates doing community service discover two flesh-eating creatures hiding in an old building. One of the creatures is able to escape, but they capture the other one, torturing her while trying to learn what she really is. It soon becomes clear that the first creature’s escape has dire consequences, as she hunts them down and stops at nothing to free her sister. 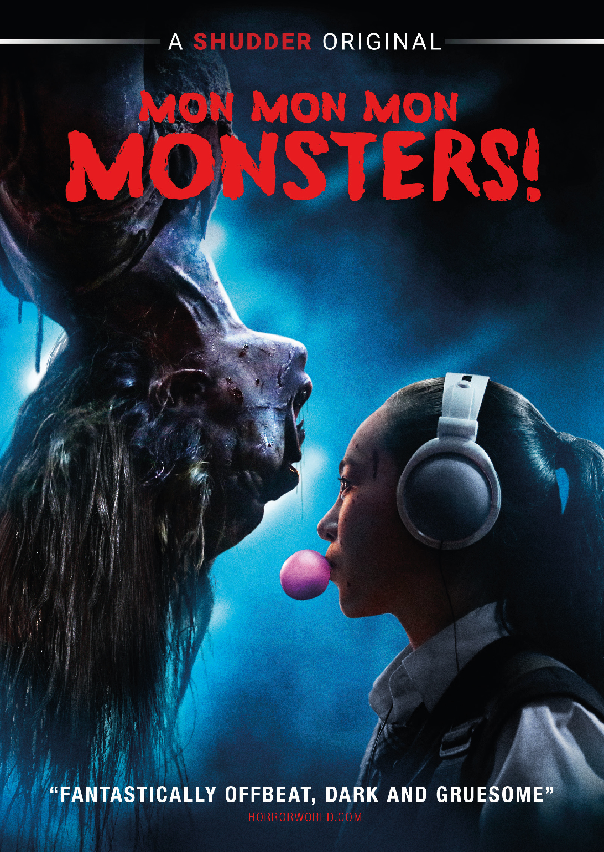